Imlie duo Sumbul Touqeer Khan and Fahmaan Khan will feature on Ravivaar With Star Parivaar again. They'll be tagged as brother and sister by Fahmaan's mom. And the video is going viral online and Arylie fans, netizens are tripping over the same. 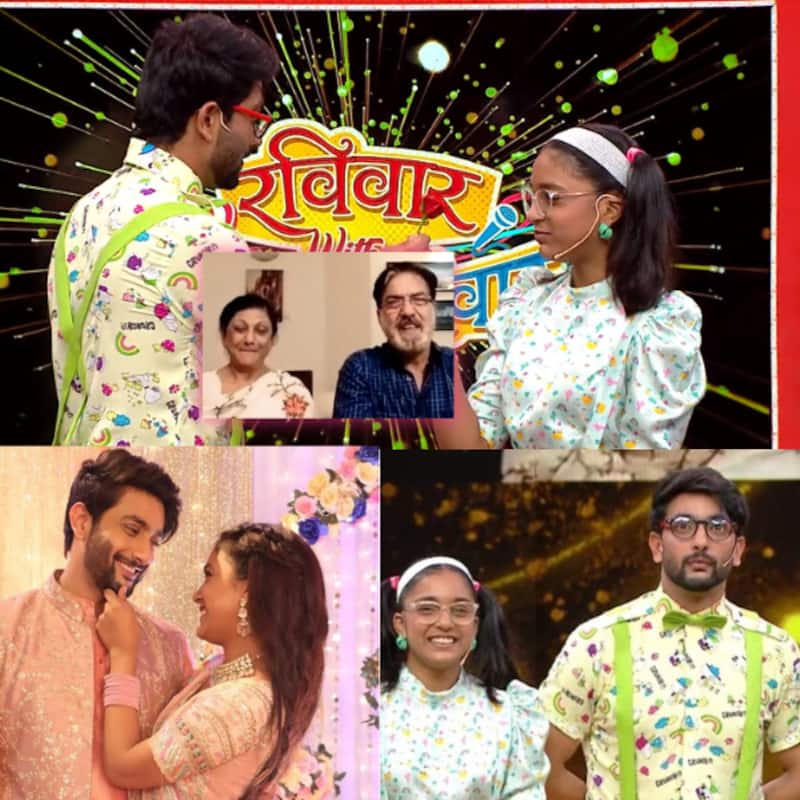 Imlie is one of the most loved TV shows in the country. It features Sumbul Touqeer Khan and Fahmaan Khan in the lead as Imlie and Aryan Singh Rathore. Now, the duo apart from winning hearts in the show has been grabbing the attention of fans and netizens with their appearance on Ravivaar With Star Parivaar. Their chemistry on the show has been like an added spicy drama for Arylie fans. But in the upcoming episode of Ravivaar With Star Parivaar, Fahmaan Khan's mom will say something, that'll leave fans shocked. A promo of the same is going viral and Arylie fans are tripping over the same. Also Read - Bigg Boss 16: Sunny Waghchoure of Golden Boys CONFIRMED as a wild card contestant; 4 more 'challengers' to enter Salman Khan's show? [VIEW LIST]

Sumbul Touqeer Khan and Fahmaan Khan are setting the chemistry bar higher and higher in Gul Khan's Imlie. So much so that they have been rumoured to be dating in real life. Of course, fans want them to date for real given their sizzling chemistry together. However, in the upcoming episode of Ravivaar With Star Parivaar, Fahmaan Khan's mom will say that they both are looking like bhai-behen, brother and sister. It's a children's special episode and all the cast members have dressed up as per the theme. Also Read - Bigg Boss 16: Sumbul Touqeer reveals Fahmaan Khan and she will marry ONLY if

Arjun Bijlani, the host asks Fahmaan's mom and dad about Imlie. Fahmaan's father calls her a sweet girl. However, his mom makes light of the moment, saying, "dono ek saath mein raise lag rahe hai, jaise bhai behen hai." Fahmaan feels so embarrassed that he doesn't understand where to hide, on the other hand, Sumbul cannot stop laughing. Plus, the two of them had just performed a romantic number on Ranbir Kapoor and Alia Bhatt starrer Kesariya. Sumbul Touqeer Khan and Fahmaan Khan are going to be a big trend in Entertainment News now. Check out the video here: Also Read - Jhalak Dikhhla Jaa 10 Grand Finale: From Niti Taylor-Akash Thapa getting immense support to Fahmaan Khan-Gashmeer's surprise, here's a recap

Arylie fans are tripping over the same

It's quite a funny moment as neither Sumbul Touqeer Khan and Fahmaan Khan nor their fans did not anticipate such a comment. Arylie fans are tripping over the same. They are sharing pictures of Sumbul and Fahmaan from their show, Imlie. Especially the ones with super hot chemistry. Check out their reactions here:

ps. Fk was traumatized by that that's how you do to your fans now taste your own medicine hehehe ?#ravivaarwithstarparivaar #imlie • #Arylie • #AryanSinghRathore pic.twitter.com/C02CQ4y6NS

It is said that Imlie is going to take a generation leap in the show. Fans are mighty upset that Fahmaan Khan and Sumbul Touqeer Khan won't be a part of the show after the leap.