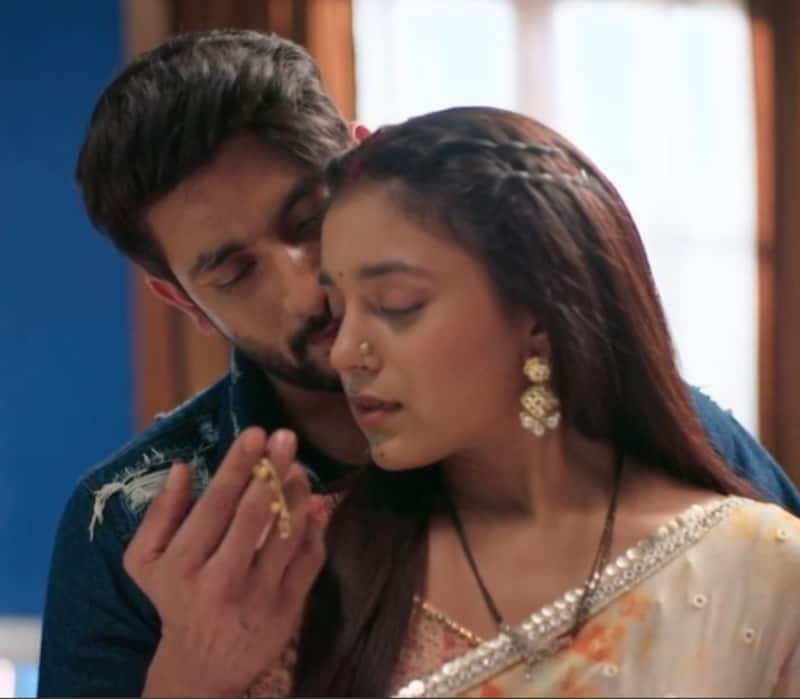 Imlie fans are waiting for the day when Imlie (Sumbul Touqeer Khan) and Aryan Singh Rathore will be reunited. We have seen how he saved Cheeni from the goon, Girish who had kidnapped her. He rescues her, and they befriend one another. He calls Cheeni as Ms Sugar. The meeting was rather cute. But as we know that Imlie and Aryan are missing one another and how. But they do not meet one another. In the mean time, the couple remember one another seeing an anklet. The makers shot the scene very well, with Brahmastra's Kesariya playing in the background. The song has crossed 70 million shot in Varanasi with Brahmastra stars Ranbir Kapoor and Alia Bhatt. The number is sung by Arijit Singh and composed by Pritam. It has come out rather well. Also Read - Trending Hollywood News Today: Kim Kardashian and Kanye West not getting back together, Wednesday trailer ft Tim Burton's Addams Family and more

The Imlie fandom is already whipped for Fahmaan Khan. The clip is going viral and how. His deep seductive voice has done the trick for fans. There is an element of sensuality too in the scene. Now, everyone is impatient for their reunion. Take a look at the tweets and reactions here... Also Read - Jr.NTR making Hollywood debut; check out the list of South Indian stars who have already worked in Hollywood movies

Their hugs are always strong?.

Always when he hugs her, he smiles comfort and reassurance in embracing each other "Sukoon"?

We can see the madness for the duo. Fahmaan Khan has also shared a video of Sumbul Touqeer making paper boats and floating them on water. The couple also got love from Arjun Bijlani and Amaal Mallik of late. Also Read - Trending South News Today: Karthikeya 2 continues to rule box office, Liger song Aafat criticised for 'rape dialogue' in lyrics and more