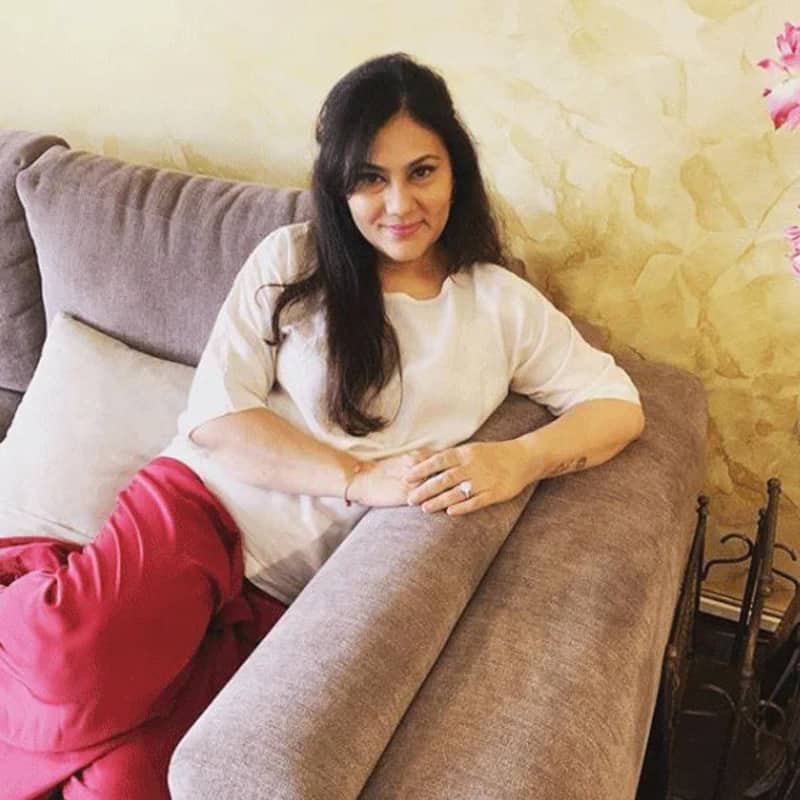 India celebrated its 75th year of Independence on August 15, 2022. Social media was all about messages filled with patriotism. Many celebrities from Bollywood, South Film Industry and TV industry too took to their respective social media accounts to share Independence Day 2022 messages. Among all was Dipika Chikhalia. The actress essayed the role of Sita in the famous Ramayana by Ramanand Sagar. However, she got brutally trolled. She tagged PAK PMO in her post and that led to a meme fest on Twitter. Also Read - Vikram Vedha actor Hrithik Roshan sings new song on Independence Day 2022; rumoured girlfriend Saba Azad and ex-wife Sussanne Khan react

The tweet made by Dipika Chikhalia on Independence Day 2022 tagging PAK PMO now remains to be deleted. But it's too late. The screenshots of the tweet have gone viral on social media with netizens laughing over it. One of the netizens wrote that a big drama would have unfolded if Deepika Padukone had made this mistake. Another netizen shared an angry picture of Laxman from the show Ramayana. One user joked, "Hey prabhu, kahaan hai aap?Ab toh avtaar lena hi hoga." Also Read - Independence Day 2022: From Amitabh Bachchan to Mallika Sherawat — These 5 Celebrities were accused of insulting the tricolour

Check out a few tweets below: Also Read - Independence Day 2022: Salman Khan asks all to 'Get ready for Tiger 3' as he celebrates 10 years of his successful franchise [Watch Video] 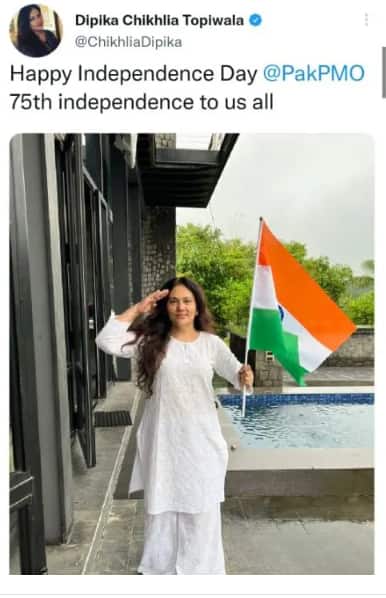 Well, she was quick enough to delete the post and make a few more tweets related to Independence Day 2022. Earlier, she was in the news as she shared a picture of her dressed in a school uniform. She had a glass in hand and netizens assumed that she was having wine.