Indian Idol 12: Fans appreciate Pawandeep Rajan for not putting his hand around Arunita Kanjilal's waist while dancing with her on stage

As Indian Idol 12 contestants Arunita Kanjilal and Pawandeep Rajan take the stage to recreate the romantic rain scene between Rahul and Anjali from Karan Johar's Kuch Kuch Hota Hai, fans couldn't help but notice that the man didn't put his hand around her waist while dancing with her on stage.

This weekend, the Indian Idol 12 stage will be filled with love and romance when filmmaker Karan Johar will grace the show with his presence. The top 6 contestants will be seen performing on songs featured in KJo's films that redefined love on the silver screen. And much to everyone's surprise, Arunita Kanjilal, who is a big fan of Karan Johar, will be seen making a special request to the filmmaker to allow her to recreate the romantic scene between Shah Rukh Khan and Kajol from Kuch Kuch Hota Hai. Also Read - Trending TV News Today: Shaheer Sheikh opens up on the time he was jobless before Mahabharat; Karan Kundrra approached for Salman Khan's Bigg Boss 15 and more

In the latest promo of Indian Idol 12, when Arunita wishes to have a boy like Rahul from KKHH in her life, Karan improvises the dialogue from his film and says, 'Jaise har Anjali ko Rahul ki jarurat hai, waise har Arunita ko Pawandeep ki jarurat hai.' Both Arunita and Pawandeep can't stop blushing as they keep staring at Karan who seems to having a lot of fun watching them perform. Also Read - Indian Idol 12 is over but Pawandeep Rajan and Arunita Kanjilal's magical chemistry is still intact; these BTS pics are proof

As Arunita and Pawandeep take the stage to recreate the romantic rain scene between Rahul and Anjali, fans couldn't help but notice that the man didn't put his hand around her waist while dancing with her on stage. Though both Pawandeep and Arunita appeared extremely shy while dancing together, people started calling Pawandeep a true gentleman and said the two contestants look great together. Also Read - O Saiyyonii song out: Pawandeep Rajan and Arunita Kanjilal's sweet chemistry is unmissable – watch 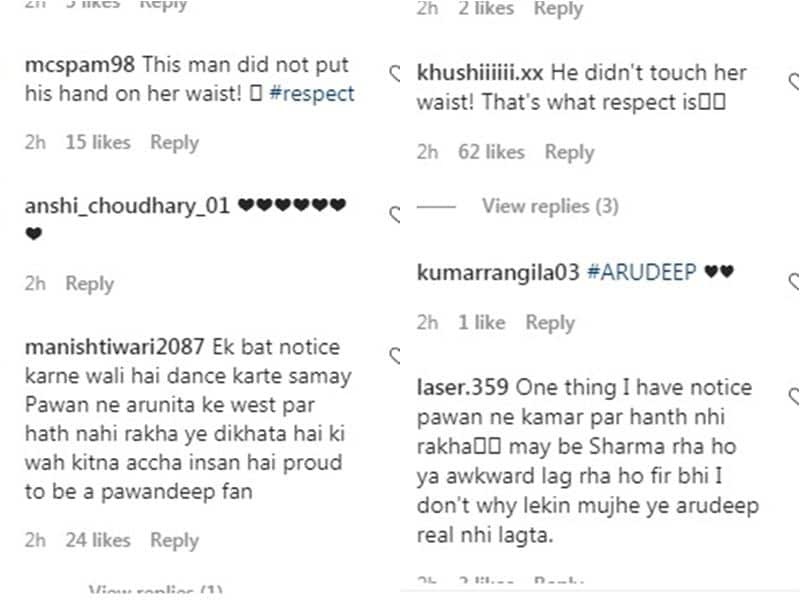 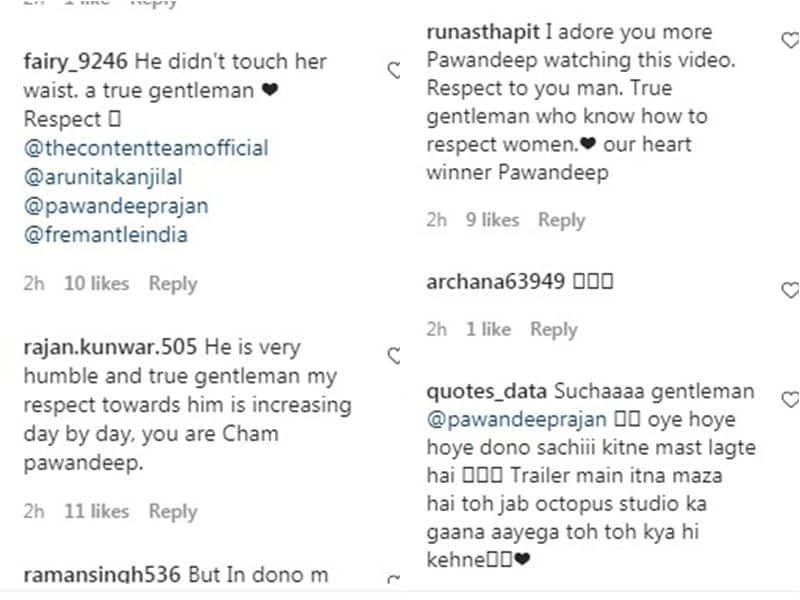 Meanwhile, Indian Idol 12 is just a week away from its grand finale. This weekend, the show will get its top 5 contestants who will compete against each other for the winner's trophy. One among Pawandeep, Arunita, Sayli Kamble, Nihal Tauro, Mohammad Danish and Shanmukhapriya will get eliminated before the finale week. It remains to be seen who will have to bid adieu to the show this weekend after coming so close to winning the show.