Indian Idol 12: From an emotional rollercoaster ride to mesmerizing tributes, 6 hints why A.R. Rahman’s episode will be an unmissable treat

We will even be lucky to even see A R Rahman sing some of his best songs. One such is the much popular, much loved song Ishq Bina from Taal.

Weekends are generally most-awaited. But this time, we really are having a tough time waiting as we can’t wait to watch A.R. Rahman’s special Indian Idol 12 episode. The promos are out, and it promises to be super-exciting. Here’s a look at what to expect from the show: Also Read - Indian Idol 12: A.R. Rahman leaves contestant Ashish Kulkarni in tears – watch video

The episode is going to be super-emo. In one promo, we can see Ashish Kulkarni in tears when he sees A.R. Rahman entering. It shows the kind of influence the musician has had on us. He even goes on to say, “There is just one God and his name is A.R Rahman.” Also Read - A R Rahman opens up on how composing, writing, producing 99 Songs made him question his own compositions

The musician will be seen playing the piano. We will even be lucky to even see him sing some of his best songs. One such is the much popular, much loved song Ishq Bina from Taal. Also Read - AR Rahman's mother, Kareema Begum, passes away in Chennai

All the contestants will be singing A.R. Rahman’s hit songs. It will be a treat to see them perform and give their best shot. Ashish Kulkarni will be seen singing the Humma song while Shanmukhapriya will make everyone groove to Muqabala.

While he is not a man of many words, we hope to see him share some most interesting stories from his life and career. 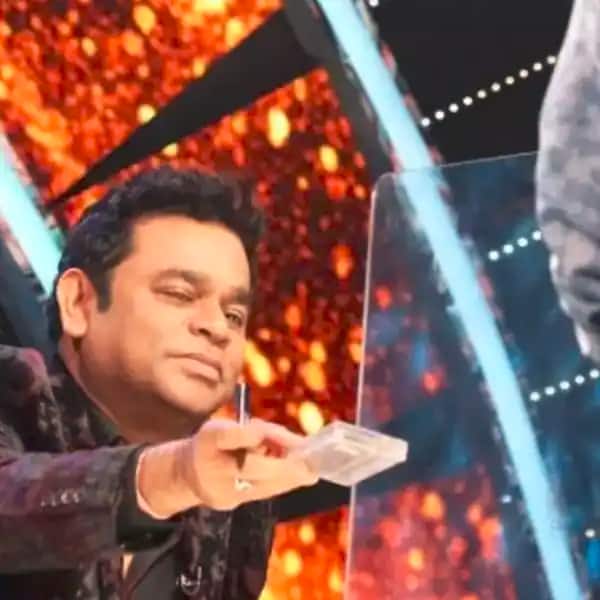 It will be a special moment for Ashish Kulkarni who will be getting his Taal audio cassette, which he had been gifted years ago as a kid by his father.

The judges, Himesh Reshammiya, Neha Kakkar and Vishal Dadlani, too, will be seen enjoying themselves to the fullest, listening to the constants and interacting with Rahman.

Weekend, please come soon. Don’t do this to us.