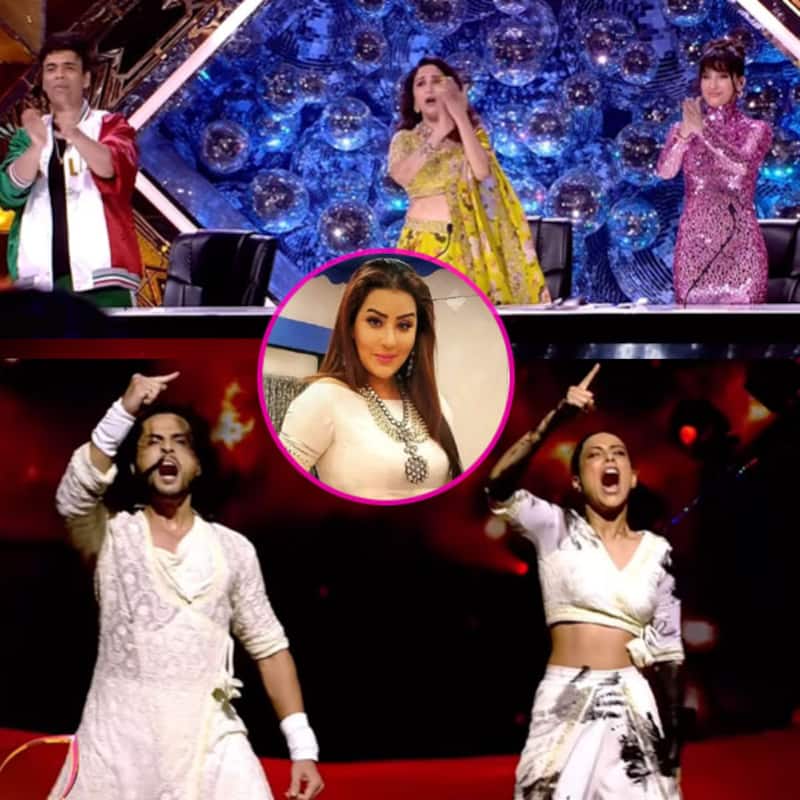 Jhalak Dikhhla Jaa 10 is right now one of the most loved dance reality shows as it has all the popular television celebrities competing against each other to win the title of the show. And one of the contestants who has stood out is Nia Sharma. The sultry beauty is slaying with every performance, while her latest performance is spell bounding and leaves the judges right from, Madhuri Dixit, Karan Johar and Nora Fatehi stunned as they give her a standing ovation.
Nia has not only impressed the judges but even her co-contestant Shilpa Shinde who has been winning hearts with every performance of her. The Colour's Instagram account shared the video of Nia Sharma's powerful performance to which Shilpa Shinde hailed her as 'brave' and dropped all the lovely comments for the actress that are indeed encouraging. The Bigg Boss 11 winner wrote, " Nia, You are a very brave girl and your braveness reflects in your dancing too. I am so proud of you @niasharma90".

Nia is one of the most loved actresses in the television industry. She is also the boldest one and gives a damn to the judgements passed on her by people. Nia often gets shamed for the choice of her clothes and she hits back at the trolls like no other. As Nia made an appearance on Jhalak Dikhhla Jaa 10, she spoke about how her parents struggled to give her the best upbringing and she got all the courage from them as they taught her that one should always stand for themselves no matter what. Every contestant is giving their best, while Nia is definitely raising the bar every time. We wonder if she will win the title.
Also Read - Jhalak Dikhhla Jaa 10 star Rubina Dilaik misses 'love, light' of her life Abhinav Shukla on his birthday [View Photos]
Advertisement