Jhalak Dikhhla Jaa 10: Faisal Shaikh becomes the target of match-making on the show. Madhuri Dixit and Gajraj Rao promote their film Maja Ma while Nia Sharma, Rubina Dilaik and others join the fun. 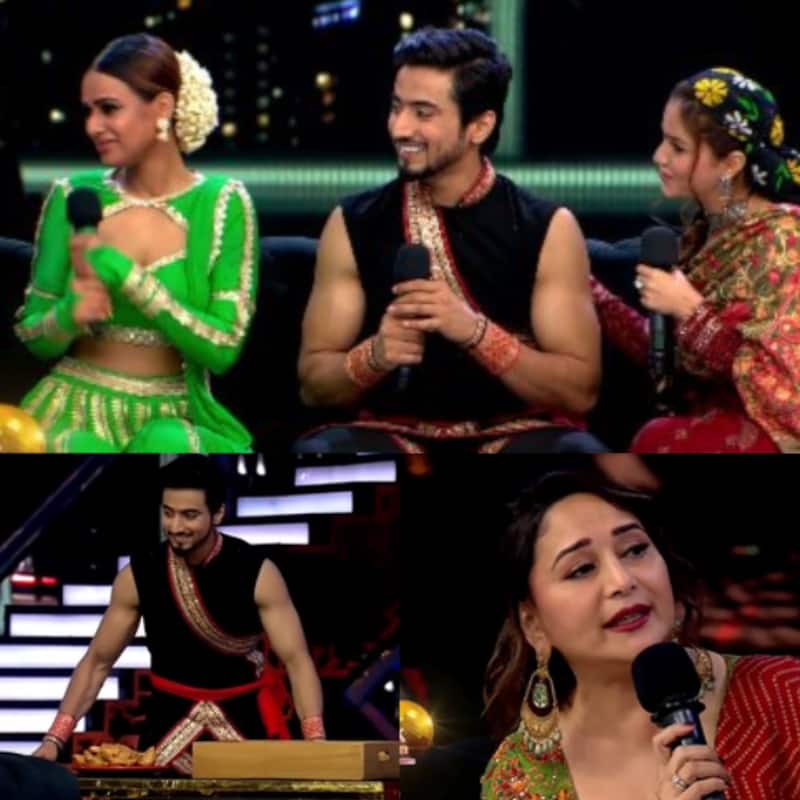 In a recent promo, shared by the channel, we see Gajraj Rao, Madhuri Dixit's co-star from Maja Ma gracing the sets. He and Madhuri will pose as a couple who are looking for a groom for their daughter. And Faisal Shaikh is the prospect. On the other hand, Shilpa Shinde-Paras Kalnawat will be seen as the relatives of Faisal. Shilpa addresses him as her brother-in-law whereas Nia Sharma and Rubina Dilaik turn sisters of Faisu. The whole scene is quite hilarious Also Read - Trending TV News Today: Sajid Khan's eviction from Bigg Boss 16, Ghum Hai Kisikey Pyaar Meiin fans furious with Neil Bhatt aka Virat and more

Madhuri Dixit plays her character perfectly and she keeps making comments about something or the other. She also makes Faisal walk and Maniesh Paul pokes fun at Faisu when he starts walking like a 'waiter' with his hands behind his back. Check out the goofy promo video of Jhalak Dikhhla Jaa 10 here: Also Read - Jhalak Dikhhla Jaa 10: Nora Fatehi wipes a tear after Sriti Jha's emotional act on Pachtaoge; hints at pain of betrayal

Faisal Shaikh's fans are looking forward to the episode while also feeling bad as Faisal is always the target of the judges being the youngest and single contestant on the show. Meanwhile, talking about Jhalak Dikhhla Jaa 10, comedian and actor Ali Asgar was eliminated after the first week. Ali was only seen as Dadi on the show. Later, popular actor Dheeraj Dhoopar quit Jhalak for medical purposes. And recently, reports surfaced stating that athlete Dhutee Chand has also quit the show. Well, the promo of Dhutee dancing with her choreo partner Raveena Choudhary will be dancing on Aaya Hai Raja.