Jhalak Dikhhla Jaa 10: Nishant Bhat makes a smashing wild card entry in the show, but seems like Nia Sharma is unhappy with it; here's why? 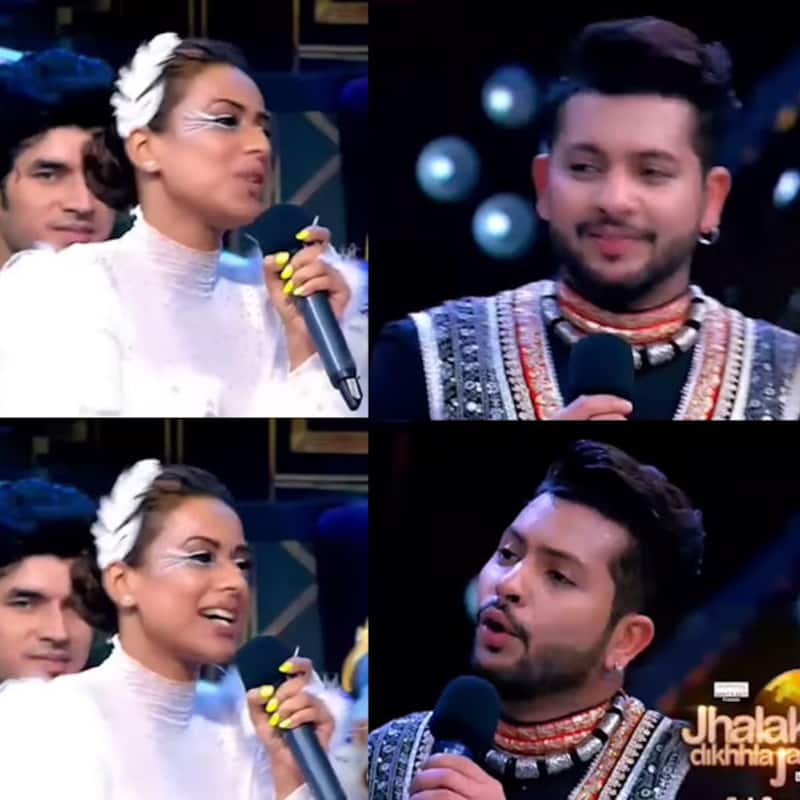 Right now the wild card entry of Nishant Baht has made a contestant insecure on Jhalak Dikhhla Jaa 10 show. He is an ace choreographer and also a winner of dance reality now. And now he is all set to compete with the celebrity contestants on the show of Jhalak Dikhhla Jaa 10. The choreographer left other contestants stunned and left everyone shocked with his smashing dance performance as a wild card entry. And after his performance, you see Nishant taking a dig at Amruta Khanvilkar who is also a participant in the show. He asks Amruta if he has tought her dancing for years now to which the Raazi actress agrees and later he questions what happened to you then? Also Read - Nia Sharma in a black monokini with a rose is exactly what you need to beat the winter chill [View Pics]

After that Nia Sharma who is accessing every performance every week on Jhalak and has become the strongest contender praised Nishant saying that he has given an outstanding performance and even admitted that he has raised the bar, but she is also not hearing to eat peanuts. This dig at Nishant by Nia was straight and many wondered if now she is getting sincere and Nishant is the strongest competition and she will have fewer chances to win the title of the show. Nia nailed it with her sass but now we can't wait for her to level up her game. Also Read - Jhalak Dikhhla Jaa 10 winner: Gunjan Sinha reacts on TV stars' fan clubs cribbing on her win; says, 'Hum log deserving hain' [Exclusive]

Apart from Nia, every contestant will now have to level up their game thanks to the wild card entry Nishant Bhatt who is a dance master himself. While in the show we also witnessed Tanzania's fame Killi Paul who had made headlines recently by getting attacked by a few men and was hospitalised for the same. This week's episode of Jhalak is the most awaited one. Also Read - Trending TV News Today: Sajid Khan's eviction from Bigg Boss 16, Ghum Hai Kisikey Pyaar Meiin fans furious with Neil Bhatt aka Virat and more