From Rahul Vaidya reacting to the Indian Idol 12 controversies to Shaheer Sheikh and Erica Fernandes posing for a couple picture, as Dev and Sonakshi, meet the newsmakers of the television industry today: 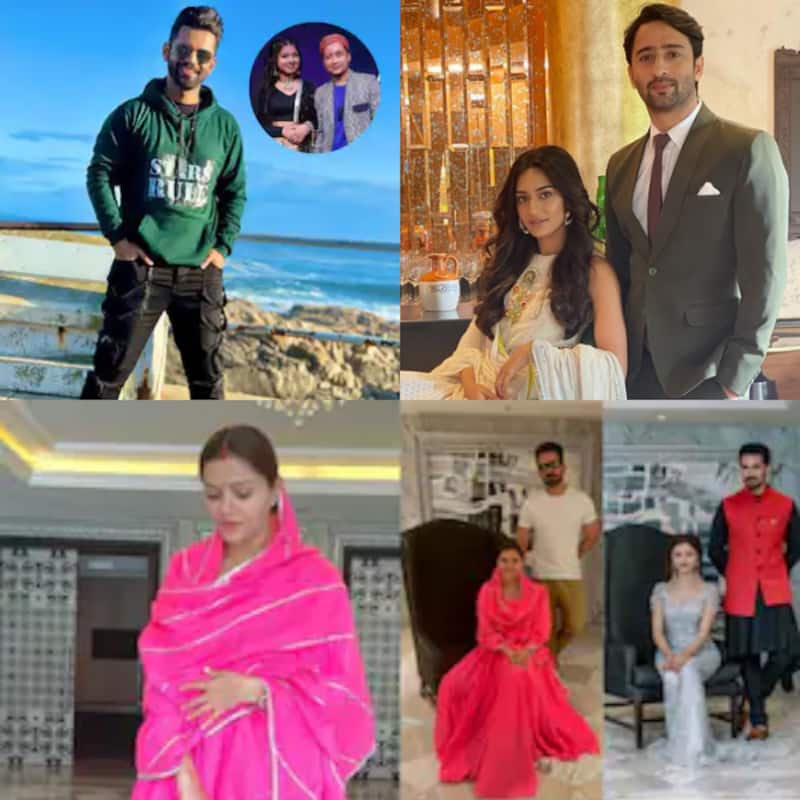 Hola peeps, it's time to update you, folks, with the TV newsmakers of the day. From Rahul Vaidya reacting to the Indian Idol 12 controversies to Shaheer Sheikh and Erica Fernandes posing for a couple picture, as Dev and Sonakshi, check out the things that made news in the television industry today: Also Read - Jhalak Dikhhla Jaa 10: Anu Malik’s daughter Adaa Malik and social media sensation Kili Paul to be seen on the show? Here's the truth

Former Indian Idol contestant Rahul Vaidya has reacted to the controversies of the twelfth season. The singer, who is currently busy with his wedding preparations and promotion of his reality TV show, Khatron Ke Khiladi 11, revealed that he was not in the know of the controversies. However, he said that the packaging of the show has surely changed over the years. He also said that it is okay if any guest judge is asked to not criticize any contestants and that people should not make a fuss out of it. He also called the creation of fake love angle an entertainment angle. Also Read - Tejasswi Prakash, Rubina Dilaik, Ankita Lokhande and more telly beauties spell magic in their no-makeup looks

Divyanka, who recently returned to the city after shooting for Khatron Ke Khiladi 11, opened up on reports stating she will be starring in the second season of Bade Achhe Lagte Hain. The actress admitted to being approached but revealed that everything is in the initial stages as of now. And hence, people should stop spread that she has been finalized for the project.

Read the whole story below: Divyanka Tripathi Dahiya confirms being approached for Bade Achhe Lagte Hain 2 but there’s a catch – find out

Rubina Dilaik and Abhinav Shukla are currently vacationing. The Shakti Astitva Ke Ehsaas Ki actress took to her Instagram handle to share some pictures. In the post, we can see Abhinav and Rubina recreating their old posts. Rubina Dilaik was seen in pretty pink ethnic wear.

Check out their pictures here: Rubina Dilaik and Abhinav Shukla recreate throwback posts on their vacation and it’s all about couple things – view pics

Kuch Rang Pyaar Ke Aise Bhi will soon air on television. And the promotions of the same are in full swing. Shaheer Sheikh took to his Instagram handle and shared a picture with Erica Fernandes. It is a still image from their show, Kuch Rang Pyaar Ke Aise Bhi 3. Shaheer Sheikh captioned the post saying, "Not India’s finest but yaa something like that…" Check out the post below:

The sangeet rehearsals of the bride and groom to be are in full swing. Rahul Vaidya and Disha Parmar's video in which they are seen rehearsing is going viral on social media. The two look too much in sync with the choreography and we wonder if they look so good during rehearsals, how amazing it would when they perform on the day. Have a dekko at the video below:

Kuch Rang Pyaar Ke Aise Bhi 3 is returning to the television screens tomorrow. It has a huge fanbase not just in the country but also across the globe. As the show is all set to premiere its first episode of the third season tomorrow, Erica Fernandes' fans thought of giving her a surprise. They started a trend on Twitter with the phrase "ERICA RETURNS AS SONAKSHI". So much love for Sona and Erica.

Rahul Vaidya and Disha Parmar make for one of the most adorable couples in the tellyland. The two are all set to tie the knot on 16th July. And just ahead of their wedding, the two got their hand impressions made. Cute, no? Wait till you see the video. The singer and reality TV show contestant was seen crooning to Mere Haath Mein while his bride-to-be adored him.

Aly Goni and Jasmin Bhasin to feature in another music video

Viral Bhayani took to his social media handle and shared a BTS picture of Jasmin Bhasin and Aly Goni from the sets of their upcoming music video. They previously collaborated in Tera Suit and Tu Bhi Sataya Jayega. They are shooting for the same in Chandigarh. Check out the picture below: