Kapil Sharma, whose special 'Kapil Sharma: I'm Not Done Yet' released recently, took to Instagram to share a cute pic of his son Trishaan on his first birthday. Tiger Shroff and other have reacted on his post. 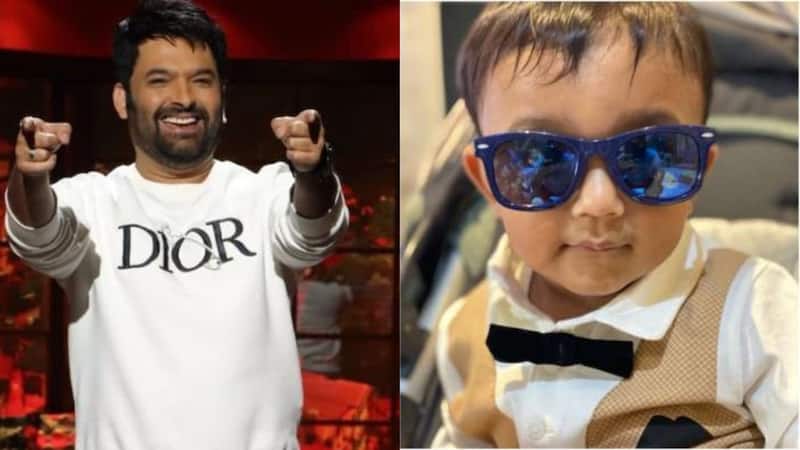 Kapil Sharma is one of the most popular actors we have. The actor, whose special ‘Kapil Sharma: I’m Not Done Yet’, released recently took to Instagram to share a cute pic of his son Trishaan on his first birthday. His caption read, “Today is the first bday of my son #Trishaan need your love n blessings ? happy bday my son ❤️ thank you for coming in our life n making it more beautiful ? god bless ? #happybirthday #Happybirthdaytrishaan ❤️❤️❤️.” Many celebs are reacting on his post. Tiger Shroff wrote, “Happy bday trishaan❤️❤️❤️” Bipasha Basu commented, “Cutie … happy birthday Trishaan ❤️?” Have a look at his post below: Also Read - After Alia Bhatt, Bipasha Basu warned to NOT wear heels in pregnancy; netizens ask. ‘Doctors mana nahi karta inko heels peheneko?’ [View Pics]


Kapil got married to Ginni Chatrath in 2018. They welcomed their first child in 2019 and their second child Trishaan was born last year. In a candid conversation with IANS, Kapil talked about their romantic tale and revealed why he initially felt it won't work out between them. Also Read - Kapil Sharma SHOCKS Indian Idol 13 judges Neha Kakkar, Vishal Dadlani, Himesh Reshammiya by revealing he was REJECTED for singing reality show

Kapil said, "Ginni Jalandhar ke girls' college mei thi and was 3-4 years younger to me. Mai apna PG Diploma commercial arts mein pursue kar raha tha and was in need of pocket money (I was doing my PG Diploma in commercial arts and I was in need of pocket money). I was always participating in theatre and visiting other colleges. Ginni was my student and really bright.” Also Read - Tiger Shroff reveals he almost bagged a role in Spider-Man after auditioning: 'I can do most of what Spider-Man can do'

He added, "She was good at histrionics and skits and so I made her my assistant. Also, she hailed from a well-to-do family. I remember she would come in an expensive car every day to college and I would ride my scooter."

Kapil revealed that it was his wife, who fell in love first. "She fell for me first but mujhe hamesha apne class difference ke wajah se doubts the ki kuch bhi ho sakta hai (I always doubted because of our differences).

"One of my friends even told me that Ginni likes me but I didn't take it seriously. I never thought anything would be possible between the two of us. But God has been very kind and I'm lucky that I got married to her," he added.