Karan Kundrra and Tejasswi Prakash's kissing video has gone VIRAL on social media, and here's how the couple has reacted to it. Read on to know more... 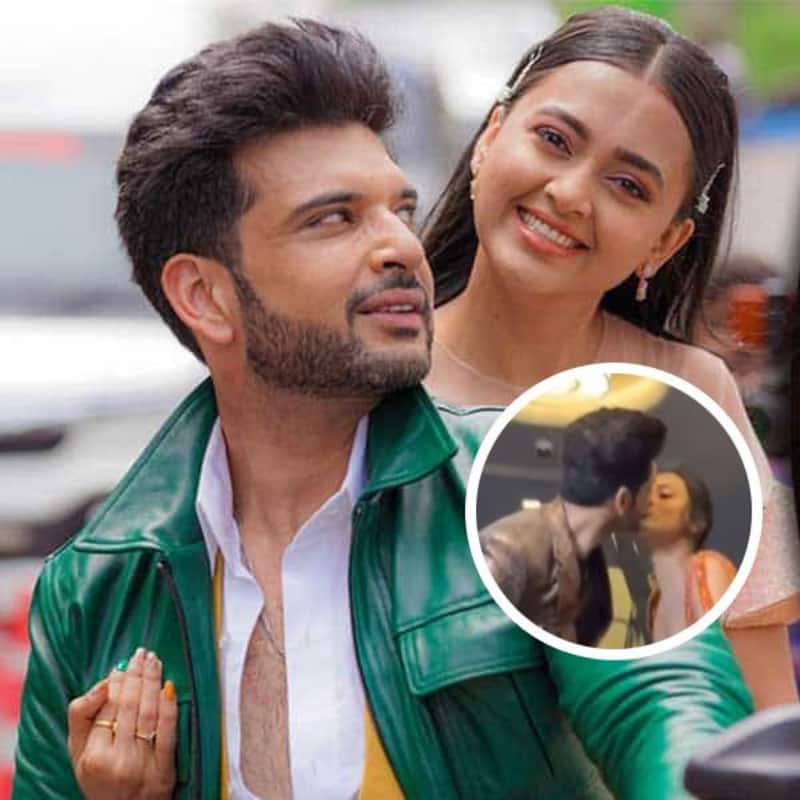 Bigg Boss season 15 got over in January this year, but still, Karan Kundrra and Tejasswi Prakash make it to the headlines because of their PDA. The couple started dating in Bigg Boss 15 house, and after the reality show got over, they have been making it to the headlines for their romance a lot. There have also been multiple reports about them getting married, but Karan and Teja have maintained that the wedding will happen at the right time.

Recently, a video of Karan and Tejasswi went viral on social media in which they kiss each other while they are on an escalator. Karan is going up using the escalator and Teja is coming down, and they share a lip lock. Their fans are loving the video and they are calling them the ‘hottest couple’. Check out the video here…

Well, Karan and Tejasswi have reacted to the video. Recently, when paparazzi asked them about the viral video, Teja made a weird face and didn’t say anything about it. But, Karan said, “Abhi hamari maaye kaise react karegi pata nahi (We don’t know how our moms will react to it).”

Karan and Tejasswi have a huge fan following, and they fondly call the couple TejRan. Everyone is eagerly waiting to know when they will tie the knot. Karan used to host Dance Deewane Juniors and when Tejasswi had come on the show their marriage was the hot topic. Also, when Varun had come on the dance reality show, he had asked Teja on the national television whether she will get married to Karan or not.

However, it looks like Karan and Tejasswi are now more interested in concentrating on their respective career. The actress is ruling the TRP charts with Naagin 6, and her performance in the show is getting all the praise. There were even reports that she might make her Bollywood debut soon. But, there’s no official announcement about it.