Karan Kundrra carries girlfriend Tejasswi Prakash's handbag as they step out for dinner; hailed for being a thorough gentlemen

Karan Kundrra and Tejasswi Prakash stepped out for a dinner last night and this gesture by Karan for his girlfriend is winning hearts and how. 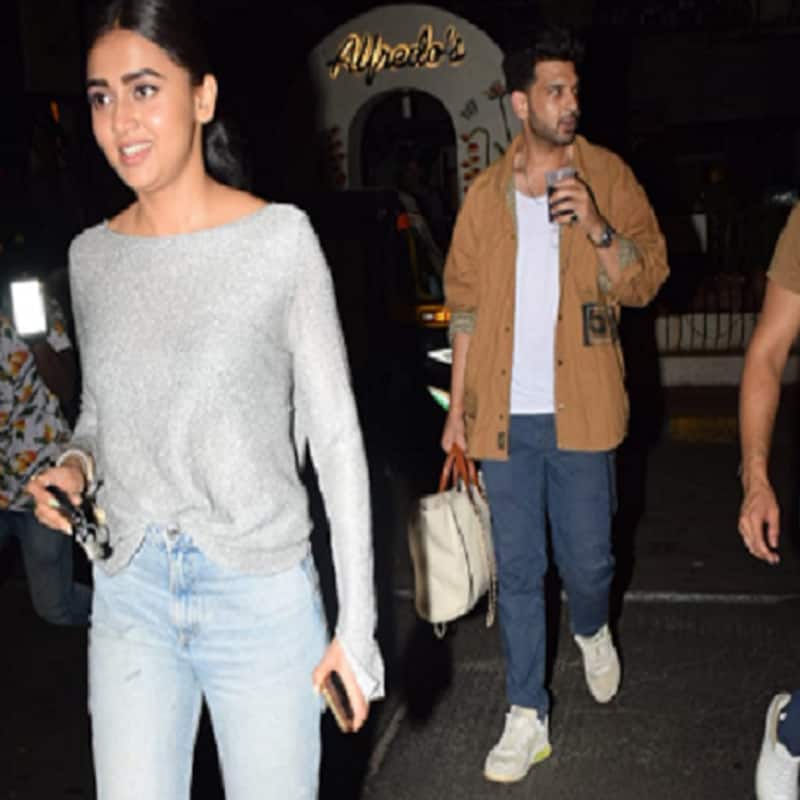 Karan Kundrra and Teajsswi Prakash's relationship has been growing stronger over the time now. Their bond has become intact and unbreakable. The lovebirds often paint the town red with their appearance. Last night the couple was spotted by the shutterbugs on a dinner date. And this unusual gesture by Karan is grabbing a lot of eyeballs and he is being hailed as a thorough gentlemen. The lovebirds name together TejRan is trending on Twitter right now as the fans can't get enough of Karan's lovable gesture for his ladylove Teja. Also Read - Shah Rukh Khan STEALS the thunder with his cameo in R Madhavan's Rocketry: The Nambi Effect claim fans

In the picture, we can see Karan holding Tejasswi's customised bag that has 'Laddo' written on it. Fans are damn impressed by Kundrra's this gesture. The sunny boy is indeed madly and deeply in LOVE with his Teja. Also Read - Sanjeeda Shaikh not letting daughter meet Aamir Ali since 9 months now? The actress breaks her silence

While talking to Bollywoodlife exclusively, Tejasswi had expressed how Karan too gets surprised by being too cliche in love and he never thought he would become this person in love. " “Karan often tells me that he, too, gets surprised by himself as he never thought he'd ever be doing 'baby' talks in any relationship. One of his videos is going viral where he is seen asking, 'Aise baby talk Kaun karta hai, main toh abhi nahi karunga,' and cut to today when he calling me 'ladoo and baby.'

Karan and Tejasswi's wedding rumours often gets surfaced online. However, the couple is planning to take it slow. In an interaction Karan was asked about his marriage plans to which he said, " I've accepted ki meri Shaadi Tejasswi see ho Rahi hai (I've accepted that I'm getting married to Tejasswi)." He then continued, “Pehli shaadi hai joh India ne decide karli hai ki ye toh honi hi hai. Humse toh koi puch hi nahi raha. (Ours is the first marriage that India has confirmed. No one is asking us about it).” Karan was asked if they discuss marriage to which he added of course they do. When asked eventually about the date of their wedding. Karan said, " We're dating now." The actor does have marriage plans but for now, they want to take it too slow.