Karan Kundrra and Tejasswi Prakash are an inseparable couple and the Tejran fans cannot wait for them to get married soon. Is the wedding happenings the couple were caught discussing the dates with filmmaker Farah Khan. 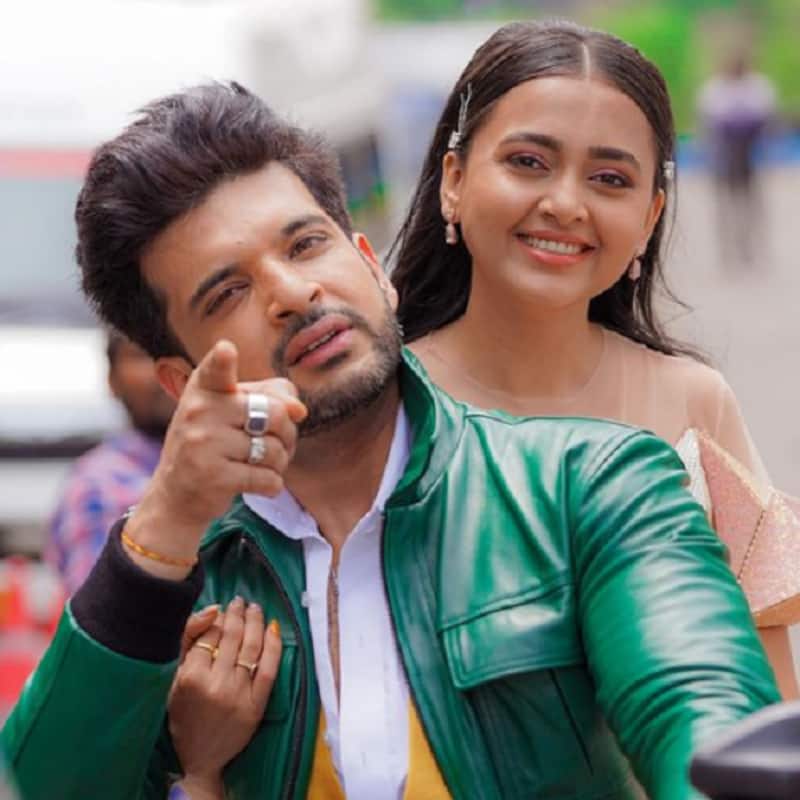 Karan Kundrra and Tejasswi Prakash fans have been eagerly waiting for their favourite couple to get married. And finally, we see Karan discussing his wedding dates. is the wedding happening? Well, no. The actor is a part of The Khatra Khatra show along with Tejaswwi Prakash and Farah Khan. Karan was seen flirting around with the filmmaker for fun. In the video, we can see Farah Khan asking Karan " Teja mein Aisa kya hai jo mujhe nahi hai?", to which Karan said nothing and kissed her hands. Later Tejasswi comes in and asks Karan if the si serious, He immediately changes the topic and says, " Ma’am aao meri aur Teja ki shaadi ki date nikalne ke bare me bata rahi thi, vohi mai puch raha." Farah Khan walks out and later Tejasswi joins the filmmaker too. Indeed this w a hilarious scene. Also Read - Trending OTT News Today: The Gone Game season 2 trailer, Richa Chadha trains in Kathak for Heeramandi and more

While Karan and Tejasswi's fans are happy that the couple is now discussing their wedding dates and soon they might get hitched as well. Karan and Tejasswi were recently in Goa to celebrate the Naagin 6 actress's birthday and he did everything possible to make the day even more special. He took to his Instagram and posted the birthday celebration pictures for his fans and called his ladylove 'princess' and his fans declared him the best boyfriend in the world. Also Read - Alia Bhatt, Allu Arjun, Kareena Kapoor, Karan Johar and more – London is filled with Bollywood and South stars; here's what they're up to

Tejasswi Prakash and Karan Kundrra fell in love in Bigg Boss 15 house and since then they are inseparable, they have gone through ups and downs in their relationship, but their bond has only grown stronger. they are intact today, On the professional front, Tejasswi and Karan reportedly will be seen in a web series together, however, nothing has been planned yet. In her recent interaction, the actress had admitted that she wants a co-star-like Karan in her every project. Aww. These two are just adorable and how!