Karan Kundrra has now opened up on how Tejasswi Prakash is making him a better person, clearly showing how he's madly in love with her and how it's impacting him in a positive way 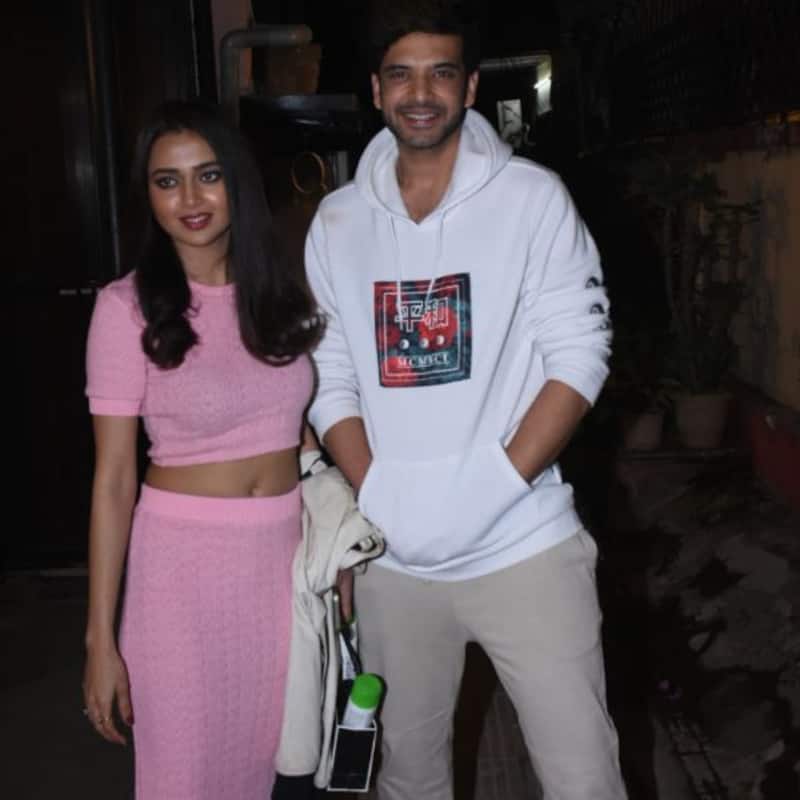 Karan Kundrra and Tejasswi Prakash's lives changed and how post their stint in Bigg Boss 15. Not only did Tejasswi Prakash win the last season of Bigg Boss and Karan's popularity soared, both getting a major shot in their arm for their careers. Moreover, the two found each other, falling head over heels in love, thus finding the best space they're in now both personally and professionally. And in true spirit of being madly in love, Karan Kundrra has now opened up on how Tejasswi is making him a better person. Also Read - Shah Rukh Khan STEALS the thunder with his cameo in R Madhavan's Rocketry: The Nambi Effect claim fans

Speaking to ETimes about how Tejasswi Prakash has impacted his life in a very positive way, Karan Kundrra said that with her in his life, his anxieties are in control and he doesn't need to worry about what will happen next or why things are not working out for him because of the calmness, stability and happiness he's now experiencing in life. Well, talk about becoming a better person when in love, right? Also Read - Sushant Singh Rajput to Harsh Varrdhan Kapoor; Rhea Chakraborty was linked up with these actors [Watch]

On a lighter note, Karan reveals how Tejasswi has begun speaking some Punjabi while also trying to teach him a bit of Marathi, jovially elaborating how he's making a bit of progress on that front, but it becomes difficult when his girlfriend begins speaking Marathi at the drop of a hat and also to everyone around her in Marathi, especially when he's with her. He admits to drawing a black earlier when she would utter the language in front of him, but has now become slightly more comfortable around Marathi, being able to at least understand it, but confessing that speaking it fluently would take time. Also Read - Sanjeeda Shaikh not letting daughter meet Aamir Ali since 9 months now? The actress breaks her silence

It does look like Karan Kundrra and Tejasswi Prakash are made for each other, aren't they?