Karan Kundrra and Tejasswi Prakash celebrated their FIRST Valentine's Day together this year. Sunny aka Karan had planned everything to make it special for his Laddoo aka the Naagin 6 actress. Check out the video below... 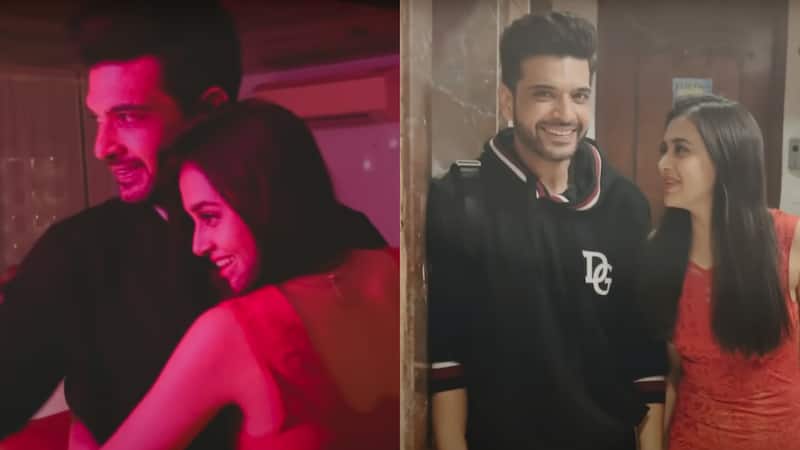 Karan Kundrra and Tejasswi Prakash have been the talk of the town since the Bigg Boss days. The two of late have been painting the town red with their love. TejRan has been trending every day on social media and their fans are super happy to see them both in love and happy. Now, a couple of hours ago, Karan Kundrra dropped a video of his first Valentine's with Tejasswi Prakash on his YouTube channel. And it's all things mushy and cute. The celebration was called was Sunny and Ladoo's first Valentine's together. Since Tejasswi had been busy with her shoot for Naagin 6, Karan had planned the whole surprise for Teja. Also Read - Trending TV News Today: Rubina Dilaik in Jhalak Dikhhla Jaa 10, Tejasswi Prakash's Naagin 6 extended, Charu Asopa refutes patch-up claims of Rajeev Sen and more

The video began with Karan explaining to his fans that his team and he had shot for a couple of videos before he entered Bigg Boss 15 house. Karan's team had uploaded the videos on his YouTube channel which went viral in no time. Karan was clueless on what to do but he and his team did brainstorming and a celebration was put up together for Tejasswi. Karan later picked up Tejasswi, who seemed to be back from work, it seems. They had a Romeo Juliet moment where he captured her coming to meet him from the top at a local venue. A chirpy Teja was full of energy and wished him "Happy Valentine's Day." Also Read - Dream Girl 2: Not Tejasswi Prakash and Sara Ali Khan, but THIS star kid to romance Ayushmann Khurrana? [Read Deets]

Coming back to the actual plan, Tejasswi wore red while Karan was in casuals. Tejasswi was pleasantly surprised with the whole decoration. Karan gifted her 121 roses, the number of days they stayed inside the house. He had a lot more presents for Tejasswi. He gave her neckpiece, bracelet and more. The decor was all red too. Tejasswi and Karan's PDA was all mushy too. Check out the whole video here: Also Read - Rashami Desai is bold and beautiful in blue and these pics are proof

Karan Kundrra and Tejasswi Prakash are constantly questioned as to when they'll be tying the knot. Paparazzi love to follow them and capture them in their lenses. TejRan is currently the hot topic.