Karan Mehra-Nisha Rawal marital crisis: The Yeh Rishta Kya Kehlata Hai star thanks Kashmera Shah for her support for being his character witness 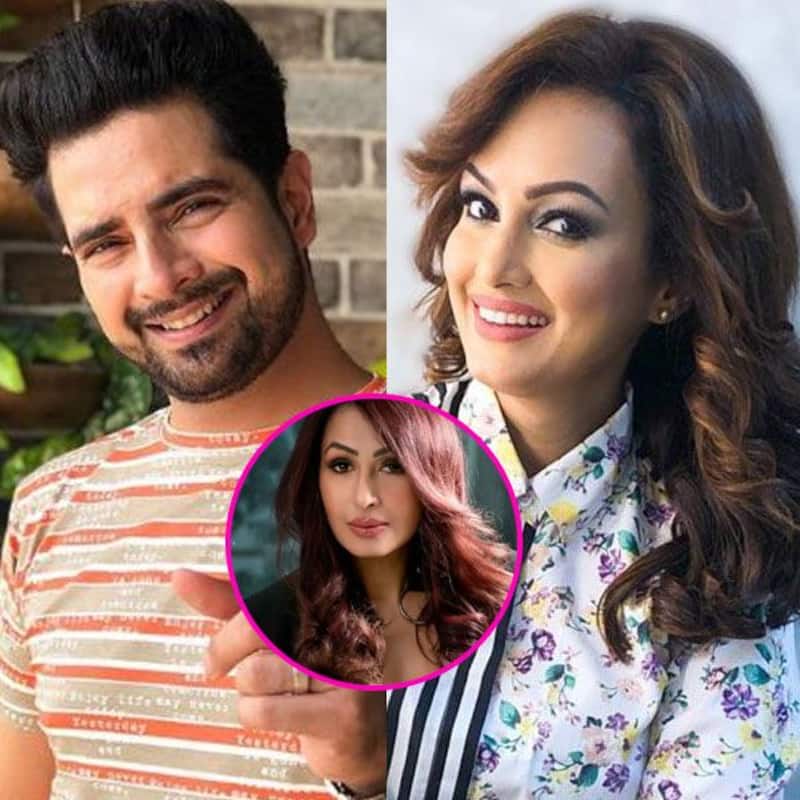 Karan Mehra and Nisha Rawal's marital saga has taken a sordid turn in the past two months. In a press conference, he made several allegations against his estranged wife even saying that she accused his 70-year-old parents of unnatural sex. He said that she confiscated his house, car and is not allowing him to meet their son, Kavish. The most damning bit is the part where he says that she is having an extramarital affair with Rohit Sathia who happens to be her Rakhi brother. Now, she is living in their marital home with her alleged current beau. Yesterday, Kashmera Shah said in an interview that she has decided to turn character witness for Karan Mehra and how the whole domestic violence allegations were full of loopholes. Also Read - Karan Mehra-Nisha Rawal controversy: Designer Rohit Verma shares a VERY IMPORTANT message for the couple's future

Karan Mehra has thanked her on social media for taking a stand for him and his family. He said he would be indebted and grateful forever. Also Read - Karan Mehra and Nisha Rawal celebrate son Kavish's second birthday with cakes and cars - view pics! 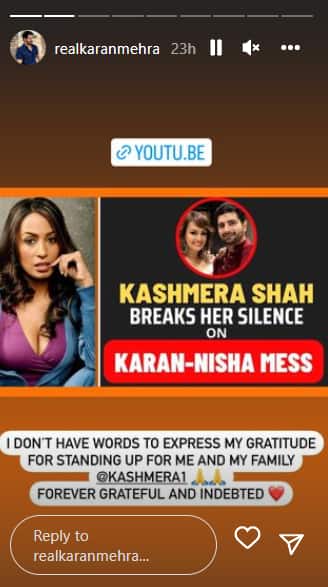 Kashmera Shah said that she was informed of the alleged assault by Rohit K Verma who is a friend of the couple. She said she went to Nisha Rawal's home the next day. There she asked Rohit Sathia who was present if he had seen Karan Mehra hitting Nisha Rawal if the door was locked. She also said that the fact that the CCTV camera was off was like a red flag. The last thing, which is kind of doubtful is the fact that Nisha Rawal sent a similar message to all her friends on how she was facing troubles in her marriage.