As per sources, the newly wedded jodi of Karishma Tanna and Varun Bangera have been approached for Smart Jodi on Star Plus [Exclusive] 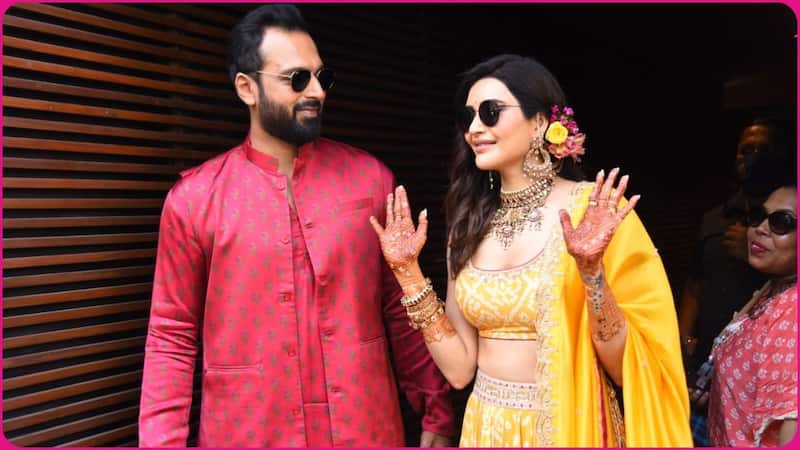 Star Plus is coming up with a new reality show Smart Jodi. The show will soon air on the channel. The names of a few couples are doing the rounds on social media. We have already seen the teasers featuring Rahul Mahajan and his wife, Natalya Ilina. Another couple whom we saw in the promos are Neil Bhatt and Aishwarya Bhatt. Well, the makers are approaching a number of couples, especially newly married ones. A source told us that they are not keen to rope in Bigg Boss faces for the show. They have been rapidly scouting for new jodis of TV town. Also Read - TRP Report Week 25: Anupamaa TRUMPS; Naagin 6, Kundali Bhagya maintain positions; Ghum Hai Kisikey Pyaar Meiin dips further [Top 5 TV shows]

A source EXCLUSIVELY told BollywoodLife, "The team has approached Karishma Tanna for Varun Bangera and her participation on the show. She told them that she was busy with the wedding, and would later take a decision on the same. Maybe, they will have one more meeting in some days. Mouni Roy was also approached for the same. However, she refused as she is doing Dance India Dance Lil Masters with Remo D'Souza. Moreover, Suraj Nambiar is very busy in his profession as a finance investment consultant." Also Read - Jennifer Winget, Rubina Dilaik, Hina Khan and more TV hotties who have the best bikini and monokini collection ever [VIEW PICS]

Some of the other names doing the rounds are Puja Banerjee - Kunal Verma, Monalisa - Vikrant Singh Rajpoot, Gautam Rode - Pankhury Awasthy, Mohammad Nazim, Shaeina Seth and others. Well, there are too many couples in tinsel town and Bigg Boss has just given us three more jodis. It is the Hindi adaptation of Ishmart Jodi which is a hit Kannada show. Ritesh Deshmukh or Ayushmann Khurrana might come as hosts of the show! Also Read - Shakti Arora's entry spikes up Kundali Bhagya's popularity, Tejasswi Prakash's Naagin 6 suffers major loss and more – Check TOP 10 Most-liked Hindi TV shows