Katrina Kaif-Vicky Kaushal to make their first TV appearance as a couple for this show? [Exclusive]

Katrina Kaif-Vicky Kaushal fans you might just see the lovely jodi for the first time on TV soon? [Exclusive] 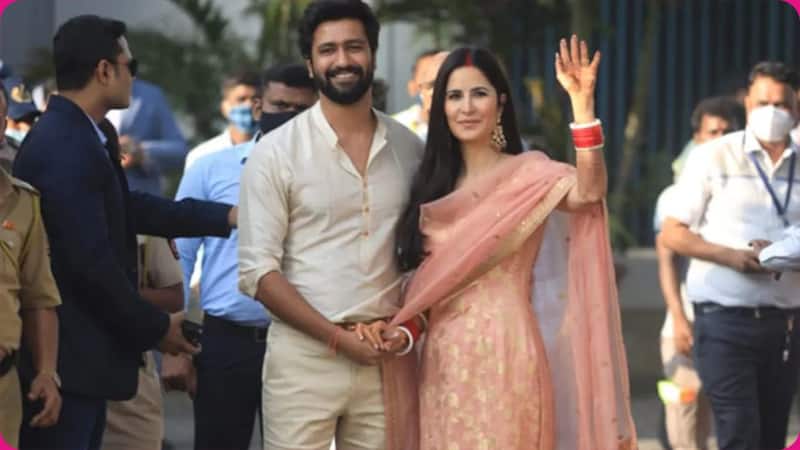 The newest couple in town who is winning hearts is Katrina Kaif and Vicky Kaushal. The lovebirds tied the knot in Rajasthan in December in an intimate but dreamy wedding. There was immense curiosity around the marriage of the couple as details were not disclosed till the last date. Fans are crazy about Vickat. People want to hear more about the love story of Katrina Kaif and Vicky Kaushal from the couple itself. Well, producers want to cash in on the craze. Here is some news that should warm the hearts of all fans. Read on to know more... Also Read - Ghum Hai Kisikey Pyaar Meiin stars Ayesha Singh, Aishwarya Sharma and Neil Bhatt share pics with families as they ring in New Year 2023

A source told BollywoodLife, "Star Plus is keen to bring Vicky Kaushal and Katrina Kaif as a couple on the show. This will be their debut on Indian TV and get the channel the needed eyeballs. They have approached Katrina Kaif and Vicky Kaushal for the same. They want them to come as celebrity guests on one of the starting episodes of Smart Jodi. The promos for the show are out and having Vicky Kaushal - Katrina Kaif as guests will be a great move. The couple are yet to give a nod. Maniesh Paul is confirmed as the host of the show which is a remake of the Kannada show." Also Read - Worst dressed celebs of the week: Urfi Javed, Nikki Tamboli, Giorgia Andriani's fashion choices were plain tacky and boring

In the promos we have seen couples like Neil Bhatt - Aishwarya Sharma, Rahul Mahajan - Natalya, Bhagyashree - Himalaya Dassani. The show is a Hindi adaptation of the superhit Kannada show Ishmart Jodi. The couple have to play fun games and proceed ahead on the show. We had earlier told you that the makers have also approached Karishma Tanna - Varun Bangera, Mouni Roy - Suraj Nambiar, Gauahar Khan - Zaid Darbar for the same. Katrina Kaif is right now in Delhi for the shoot of Tiger 3 with Salman Khan. This is the last leg of the shoot. Also Read - Alia Bhatt-Ranbir Kapoor to Malaika Arora-Arjun Kapoor: Here's how Bollywood stars welcomed New Year 2023