Kaun Banega Crorepati 14: Amitabh Bachchan moved to tears as Abhishek Bachchan-Jaya Bachchan give him surprise on the show [Watch Videos]

In the upcoming Kaun Banega Crorepati 14 episode, we will see host Amitabh Bachchan getting a pleasant surprise from his son - Abhishek Bachchan and wife - Jaya Bachchan. It will leave Big B very emotional. Check out the promo videos below: 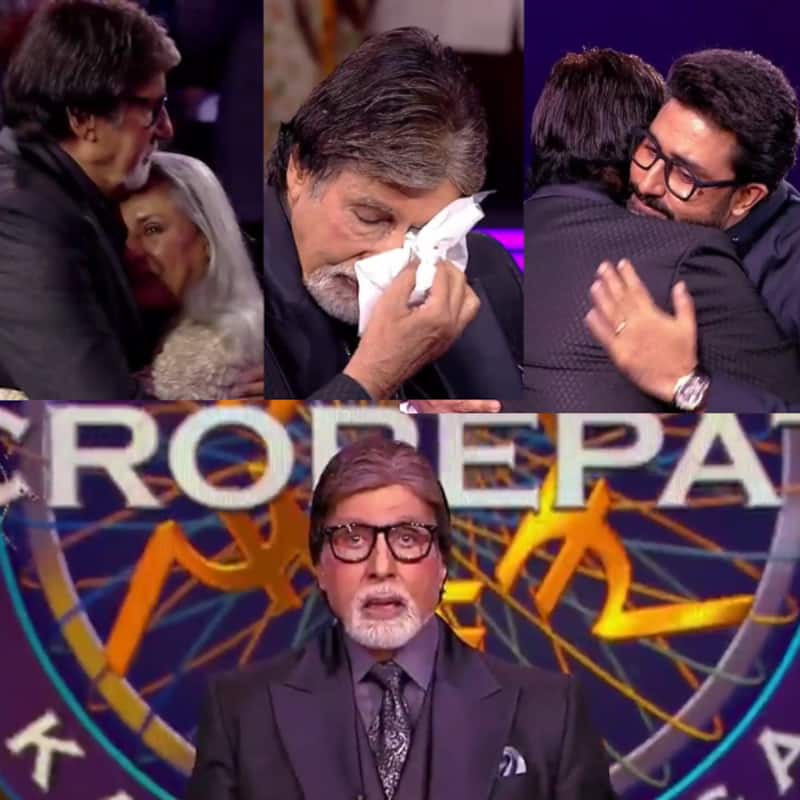 Kaun Banega Crorepati 14's upcoming episode is going to be a memorable one. Host Amitabh Bachchan will celebrate his birthday on the show with his family members – son, Abhishek Bachchan and wife – Jaya Bachchan on the show. Yes, you read that right. And the trio will create such an atmosphere on the sets that it'll leave Big B emotional and in tears. As y'all know, it's gonna be the legendary actor's birthday next week. And hence, the makers have planned a special surprise for the Brahmastra actor by inviting Jaya and Abhishek. Also Read - Taarak Mehta Ka Ooltah Chashmah, Anupamaa makes to top spot; Kundali Bhagya witnesses major fall in most liked Hindi TV shows list

In the upcoming birthday special episode of Kaun Banega Crorepati 14, we will see Amitabh Bachchan being in shock after the gong goes off. Not just the host of KBC 14 but also the audience was in shock after hearing the gong go off. However, soon, Abhishek Bachchan made his entry, surprising his father. He runs towards the legendary actor and hugs him. Big B turns emotional after greeting him on the set. Tears are visible in the veteran actor's eyes. What special gesture by Abhishek left the Brahmastra actor in tears. Watch KBC 14 promo here: Also Read - Taarak Mehta Ka Ooltah Chashmah, Anupamaa continue to rule; Ghum Hai Kisikey Pyaar Meiin witnesses MAJOR drop on the Most-Liked TV shows list

Another promo was released by the makers of Kaun Banega Crorepati which saw Abhishek Bachchan taking up the hosting duties and making Amitabh Bachchan sit on the hot seat. The tables have turned. Later, we see Abhishek inviting his mother – Jaya Bachchan on set. The Goodbye actor gets up to greet and hug his wife. He is again moved to tears. Later, Jaya Bachchan makes a revelation to the audience which leaves the veteran host in more tears. Watch KBC 14 promo here: Also Read - BTS reaches KBC 14: Amitabh Bachchan asks a question about the Bangtan Boys and ARMY cannot keep calm [Watch Video]

Amitabh Bachchan is turning 80 this year! The veteran actor still has the same passion and is as hardworking and dedicated towards his work. After featuring in Brahmastra, the actor is gearing up for Goodbye, Uunchai, Project K and more films.