Khatron Ke Khiladi 11: Arjun Bijlani kisses and dances with the trophy, proving he has won the reality show - watch video

Khatron Ke Khiladi 11's grand finale shoot has been completed and the episode will air this weekend. Reports say that Arjun Bijlani has won the show.

Khatron Ke Khiladi 11 contestants were busy shooting for the finale episode. Host Rohit Shetty along with the finalists Arjun Bijlani, Divyanka Tripathi, Vishal Aditya Singh, Shweta Tiwari, Rahul Vaidya and Varun Sood and other eliminated contestants Nikki Tamboli, Sana Makbul, Aastha Gill, Anushka Sen and Sourabh Raaj Jain were seen gathering in Mumbai for the shoot. Reports say that Arjun Bijlani has won Khatron Ke Khiladi 11. However, there has been no official confirmation about Arjun Bijlani's win but the pictures and videos from their party prove that he is the winner of the show. In one of the videos, he is seen dancing holding the Khatron Ke Khiladi 11 trophy in his hand. A picture of him holding the trophy during the grand finale has also gone viral. Also Read - Bigg Boss 15: Devoleena Bhattacharjee and Kamya Panjabi call Vidhi Pandya and Donal Bisht's eviction 'unfair'; compare it with Abhinav Shukla's elimination 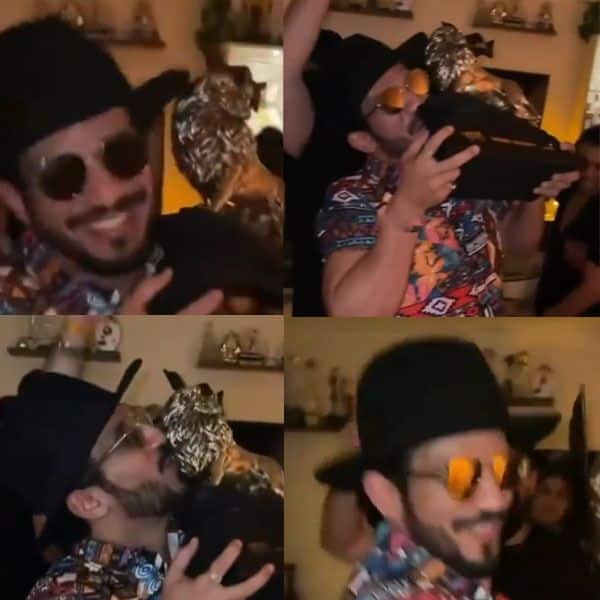 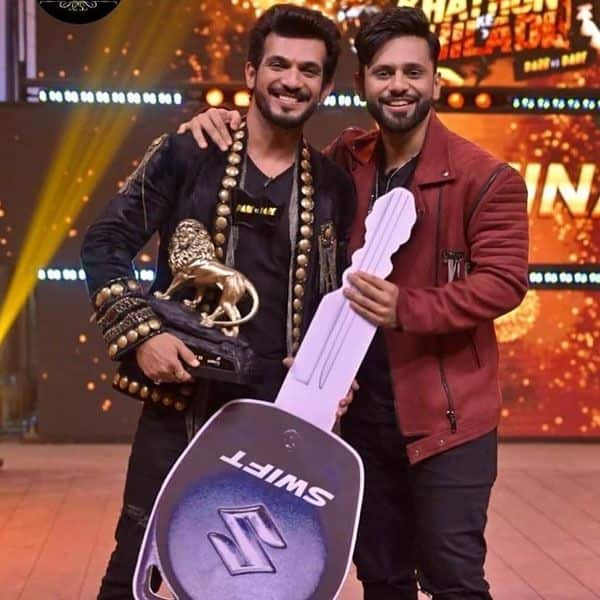 Earlier, Arjun Bijlani's wife Neha Swami shared a glimpse of the beautiful trophy on her Instagram account. Post shooting the finale, Arjun hosted a party at his home to reportedly celebrate his victory. While his fans are super happy with this news, many have slammed the makers and channels for being biased as they felt Rahul Vaidya and Divyanka Tripathi Dahiya were deserving winners. After the finale, Rahul took to his Instagram and shared a post with the caption, “You must know who is gold and who's gold plated.” Fans are speculating that he took a dig at the makers as according to him, he was the most deserving contestant to win.

Apart from this, we saw a BTS video from the Khatron Ke Khiladi 11 finale, we see Nikki Tamboli, Aastha Gill and Arjun Bijlani pouting and posing. What is more interesting is that the two divas dropped a MAJOR bomb about Arjun winning the season. Well, with these videos and pictures, we are sure Arjun has won. Congratulations, Arjun Bijlani!