While fans have already been venting out their anger on social media over Sourabh Raaj Jain's elimination, Arjun Bijlani's puzzling smile when asked about being the show's winner has further left the social media users angry and furious.

Rohit Shetty's stunt based show Khatron Ke Khiladi 11 has started airing on television. This week, Sourabh Raaj Jain got eliminated after Arjun Bijlani used his K medal to nominate the former for the elimination stunt. While fans have already been venting out their anger on social media, Arjun's puzzling smile when asked about being the show's winner has further left the social media users angry and furious. Also Read - Khatron Ke Khiladi 11 winner Arjun Bijlani on co- contestants taking sly digs on social media, 'Some people live on controversy' - Exclusive

Reports have been doing the rounds for a while now that Arjun has won Khatron Ke Khiladi 11. In fact, when all the contestants return to Mumbai from Cape Town, Rakhi Sawant had also accidentally went on to reveal that Arjun is the winner of the show. Also Read - Mouni Roy quoting Moulin Rouge while posing in a sparkling saree is all things GLAM — view pics

So when Arjun was recently spotted in the city with his wife Neha Swami, he was asked by the paparazzi if he has won the show. He looked a bit tensed when the question was thrown at him. However, he maintained that he doesn't know who the winner is and insisted fans to keep watching the show. Also Read - From Arjun Bijlani to Pawandeep Rajan: The whopping amounts reality show winners take home will blow your mind

When the paparazzi further prodded him to tell if he isn't the winner then who is it, Arjun took a pause and again refused to answer the question saying he is clueless about it. The paparazzi then laughed at his answer and told him that they know he has won the show, Arjun flashed a mysterious smile to the camera before waving a goodbye to the shutterbugs.

However, Arjun's smile left fans angry and they began calling the show scripted and biased. They began slamming the makers for favouring Arjun since he has done a few popular shows with the channel such as Naagin. 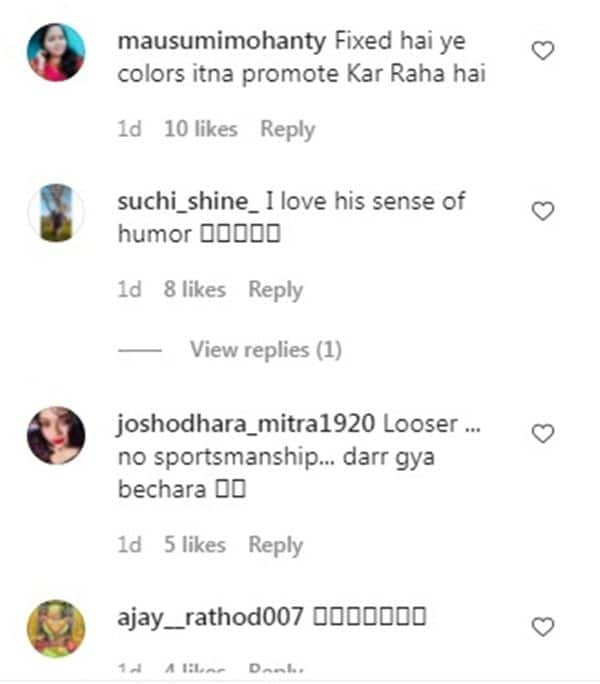 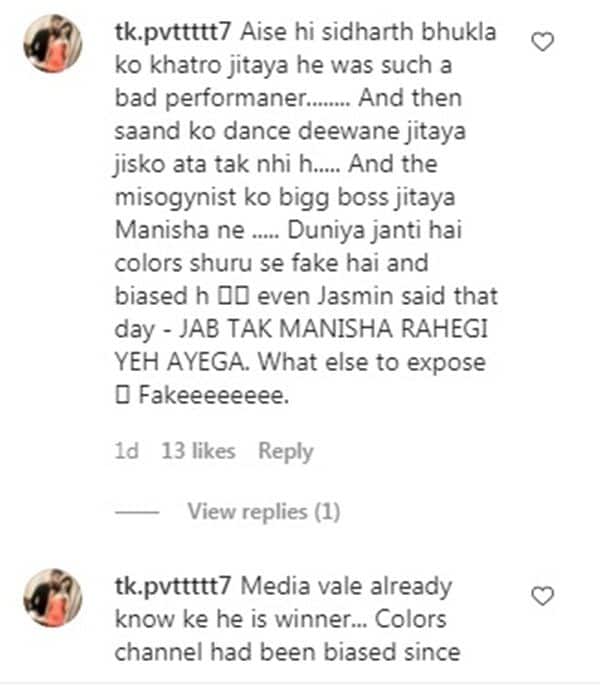 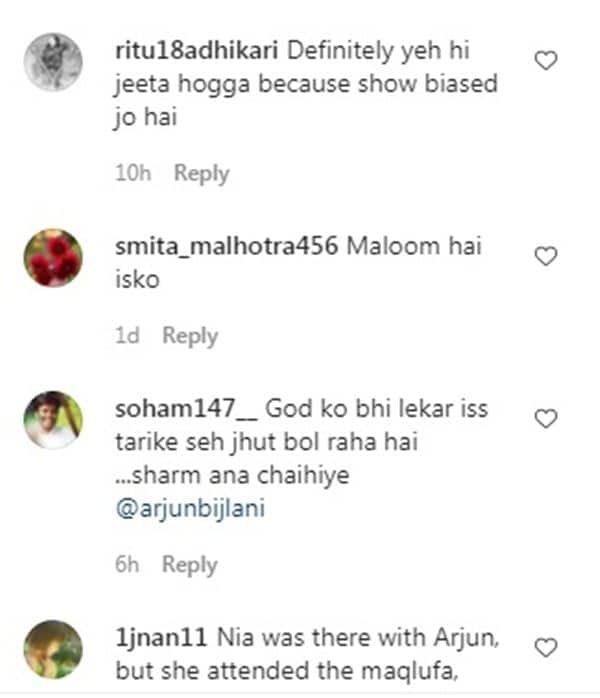 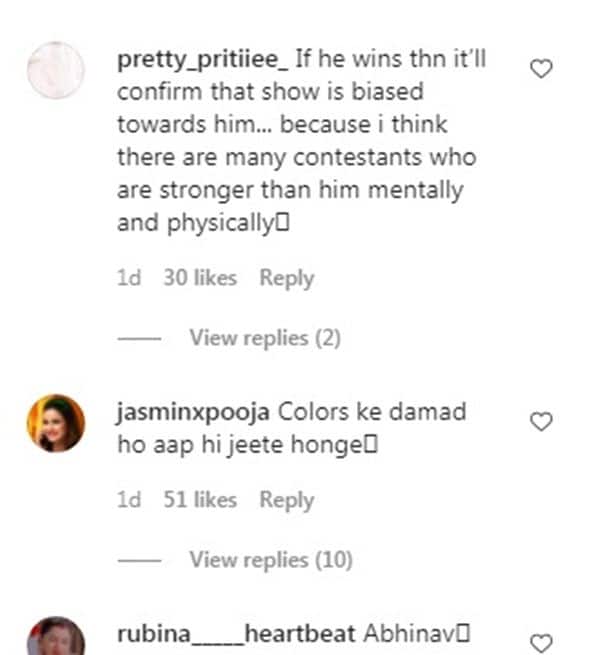 The shooting of Khatron Ke Khiladi 11 has already ended. However, the contestants are being tight-lipped about the show flow and refusing to spill out any specific details.