Khatron Ke Khiladi 12: Did Abhinav Shukla just reveal Rubina Dilaik is the winner of Rohit Shetty's show by this gesture? 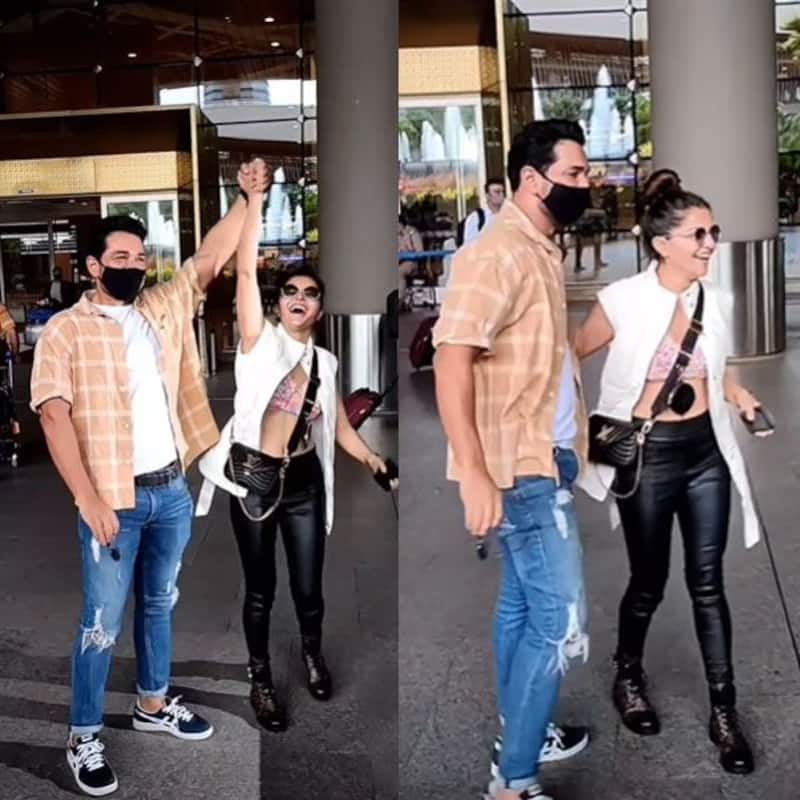 Khartoum Ke Khiladi 12 members are back in the bay. Their family members and loved ones when to receive them at the airport. While Abhinav Shukla to went the airport to receive his love for Rubina Dilaik and he hugged her tight for a few minutes and later rise her hand up in the high and this gesture let her fans wonder if she is the REAL winner of Rohit Shetty's show. Well, ever since Rubina was announced to be a part of the show, her fans have declared her the winner already. However not on fans, but even Rohit Shetty hailed Rubin for being the strobes contestant in the show and said that he has all the chances to win the show. Also Read - Adipurush: A video of Prabhas calling Om Raut to his room goes VIRAL; fans wonder if the actor was angry after watching the teaser [Watch]

Earlier Nikki Tamboli, who shares a great bond with Rubina since her Bigg Boss 14 stint together has supported Rubin and not Pratik Sehajpal and called her the winner. And now Abhinav's this gesture of sharing his wife's hand up in the high showing that she is the winner is grabbing a lot of f eyeballs. when an excited Abhinav, who held Rubina's hand high instantly put her hand down and gave them a happy look to him. Well, one can read between the liens already. Also Read - Bigg Boss 16: Do you feel that Manya Singh-Priyanka Chahar Choudhary fought just to get attention? Vote Now

Rubina Dilaik was once voted out by the al the contestants in this how for not completing one task where she even said of giving her 100 per cent, later she said that she is clearly the most disliked person in the how among the contestants and the other co-contestants were seen birthing about Rubina and calling her mean, Abhinav had come out in strong support for Rubina and had claimed that people often target the strongest contender in the group and that is exactly hat happening with his wife as well. Rubab was earlier seen in Bigg Boss 14 and she managed to win the title this time too the fans are exciting the same victory from the girl. Also Read - Bade Miyan Chote Miyan: Akshay Kumar-Tiger Shroff starrer a remake of the old film? Director Ali Abbas Zafar BREAKS silence