Khatron Ke Khiladi 12 grand finale: The wait to know the winner of Rohit Shetty's show is almost over! Ranveer Singh and team Cirkus adds to the fun. 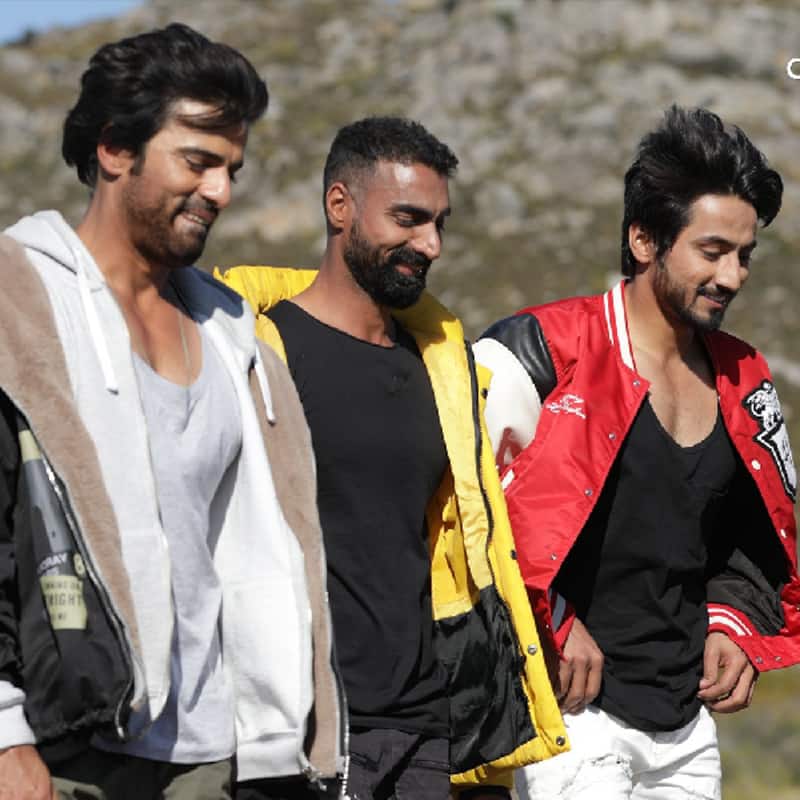 The grand finale of Khatron Ke Khiladi 12 has begun. Hosted by Rohit Shetty, the show has been high on adventure. Big names like Rubina Dilaik, Jannat Zubair, Mohit Malik, Kanika Mann, Pratik Sehajpal, Tushar Kalia, Faisal Shaikh, and others participated in it. Now, only a handful are left with an eye to win the trophy. The grand finale of the show has begun and it started with Cirkus team making a dhamakedaar entry. Rohit Shetty's movie Cirkus stars Ranveer Singh, Jacqueline Fernandez, Pooja Hegde and others. Also Read - Kanika Mann Birthday Celebration: Sriti Jha, Siddharth Nigam, Rashami Desai and others party with Khatron Ke Khiladi 12 star [View Pics]

The show was inaugurated by Ranveer Singh. Being the enthu-cutlet that he is, he gave an electrifying performance. He even proved that he is a big fan of Khatron Ke Khiladi 12. He pulled Rubina Dilaik's leg for being obsessed with cars, Mohit Malik about his flirting in the foreign land, Jannat Zubair and Faisal Shaikh making reels and more. Also Read - Khatron Ke Khiladi 12 Grand Finale: As Tushar Kalia takes home the trophy, some fans feel that Faisal Shaikh was the more deserving winner [Read Tweets]

Check out Ranveer Singh's video below:

Aa rahe hai the ever amazing Ranveer Singh in the Grand Finale of #KhatronKeKhiladi 12! Set your reminders, cause if you snooze, you lose!?

The first stunt of the grand finale was performed by Rubina Dilaik and Mohit Malik. The two stars had to drive a car and dash into total of eight cars that will break into fire. While Rubina could not complete the task as one car she could not destroy, Mohit Malik completed it.

On the show, Rubina Dilaik and Ranveer Singh are given different props to dress each other up. From a box to strand of leafs, Rubina and Ranveer put up a fun show.

The next stunt is played between Jannat Zubair and Faisal Shaikh. It is quite a layered stunt as the contestants have to cross several levels. Tushar is the one who wins the task by completing it quickest out of the three. This means that Mohit Malik, Tushar Kalia and Faisal Shaikh reach the final stunt.

As the show gets its three finalists, laughter dose begins in Khatron Ke Khiladi 12. Varun and Ranveer Singh read out the letter by Rajiv Adatia. We all know that his Hindi is quite quirky and the letter turns out to be a very hilarious one. Next, contestants play a game. As a song is played, Rohit Shetty hits a contestant whom he thinks that the song is best suited for with an airgun.

The last and final task of Khatron Ke Khiladi 12 was nothing less than a big Rohit Shetty's adventurous film. The contestants had to hop from one moving vehicle to another. Mohit Malik is the first one to attempt this stunt. The next to go is Faisal Shaikh. Tushar Kalia performs the stunt most beautifully. He was like a hero while performing the stunt. Mohit got out of the race as he took longest time. It was Tushar Kalia who won the title and took home Rs 20 lakh along with a car.