Reportedly, Rubina Dilaik has been approached for Khatron Ke Khiladi 12. Read on to know more... 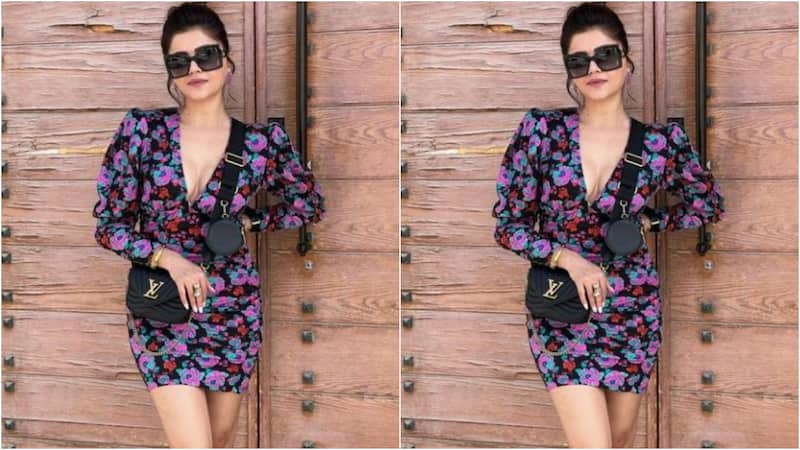 There have been reports that Shakti actress Rubina Dilaik has been approached to be a part of Khatron Ke Khiladi 12. The stunt-based reality show, which is hosted by Rohit Shetty, is reportedly scheduled to start soon. There have been multiple reports about many celebs being a part of it. Not just Rubina, it is said that Pratik Sehajpal, Umar Riaz, Prince Narula, Rajiv Adatia, Dipika Kakar and Simba Nagpal are also reportedly approached for the show. However, Rubina has opened up about it. Also Read - Hina Khan, Surbhi Chandna, Sonarika Bhadoria and more TV actresses who have the best bikini bods [View Pics]

Recently, while talking to India Forums, the actress cleared that she is not doing the show. She said, "I am not doing Khatron Ke Khiladi. It's just a rumour just like I was doing Naagin." There were reports that Rubina is going to feature in Naagin 6 as one of the leads, but it turned out to be false. Also Read - Jhalak Dikhhla Jaa 10: Not just Rubina Dilaik, THIS Khatron Ke Khiladi 12 contestant also roped in for the dance reality show [Read Deets]

Rubina won Bigg Boss season 14, and she returned to the show Shakti after a gap. The serial went off-air last year in October. Rubina was offered Khatron Ke Khiladi 11 also, but she couldn’t do it. Last year, while talking to Times of India, the actress had stated, "Yes, I was offered the show. I didn’t take it up because I had committed to the daily soap Shakti. And then I got COVID. So even if I had taken up the show, I would have to back out." But, Rubina’s husband Abhinav Shukla was a part of Khatron Ke Khiladi 11. Also Read - Anurag Kashyap reveals the SHOCKING reason why Ranveer Singh was replaced by Ranbir Kapoor in Bombay Velvet

Well, Rubina is now gearing up for her Bollywood debut with a film titled Ardh. The movie is being directed by Palash Muchhal, and it also stars Hiten Tejwani and Rajpal Yadav. The release date of the film is not yet announced, and it is not yet revealed whether it will be getting a theatrical release or an OTT release.