Khatron Ke Khiladi 12: Mohit Malik has left mentor and host Rohit Shetty impressed on the show. He feels that his future is going to be very bright 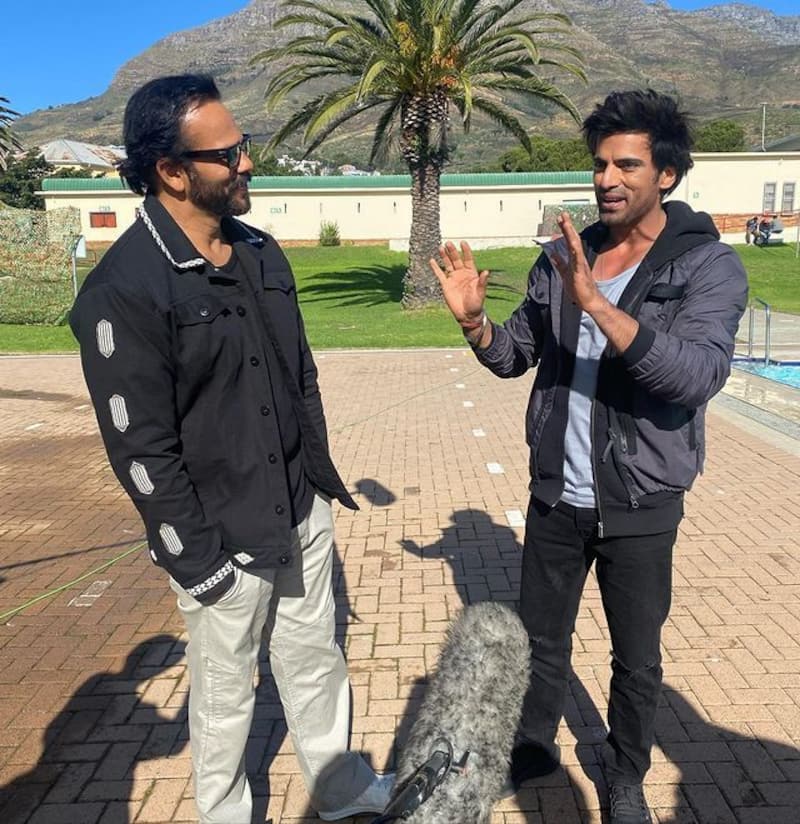 Khatron Ke Khiladi 12 shoot is happening in full swing in Cape Town, South Africa. Rohit Shetty who is known as a hard taskmaster is also loved by one and all. As per a report in ETimes, Rohit Shetty has given TV hunk Mohit Malik a new name. He has been named as the Silent Killer. It is a much loved title as very few have earned it in the past few seasons. In a statement, Mohit Malik said, "It is a huge compliment for me that Rohit Sir is calling me a 'silent killer'. If he feels I am performing my stunts well, then I must be doing something right." Also Read - Pathaan Shah Rukh Khan gets annoyed as a fan tries to hold him; Aryan Khan trends as he turns into a protective shield for his father [WATCH]

Mohit Malik said that Khatron Ke Khiladi 12 was an experience of a lifetime for him, and he was having a blast. In the past, Mohit Malik has done shows like Kulfii Kumar Bajewala, Lockdown Ki Love Story, Doli Armaano Ki, Suvreen Guggal and others. This is his second reality show after Jhalak Dikkhla Jaa. He said that the team was travelling in and around Cape Town, which was a very rewarding experience for him. Mohit Malik is enjoying the beauty of the city and eating out at the local places. He said that he was only missing his wife, Addite and son Ekbir. Also Read - Kylie Jenner steps out as a perfect biker-babe with boyfriend Travis Scott; greets fans and makes their day [View Pics]

Rohit Shetty has said that very few people have aborted stunts so far on Khatron Ke Khiladi 12 so far. This season is going to be one of the most competitive ones ever. Rubina Dilaik is going very strong and Rohit Shetty expects her in the top five of the show. At the same time, others like Mr Faisu, Rajiv Adatia and others have surprised others too. Also Read - Koffee With Karan 7: Taapsee Pannu says her s*x life isn't interesting enough to be on Karan Johar's show; 5 times the actress created a stir with her controversial statements