The first episode of Khatron Ke Khiladi 12 was a hit. Not just the stunts, the chemistry between Pratik Sehajpal and Chetna Pande also got a lot of attention. 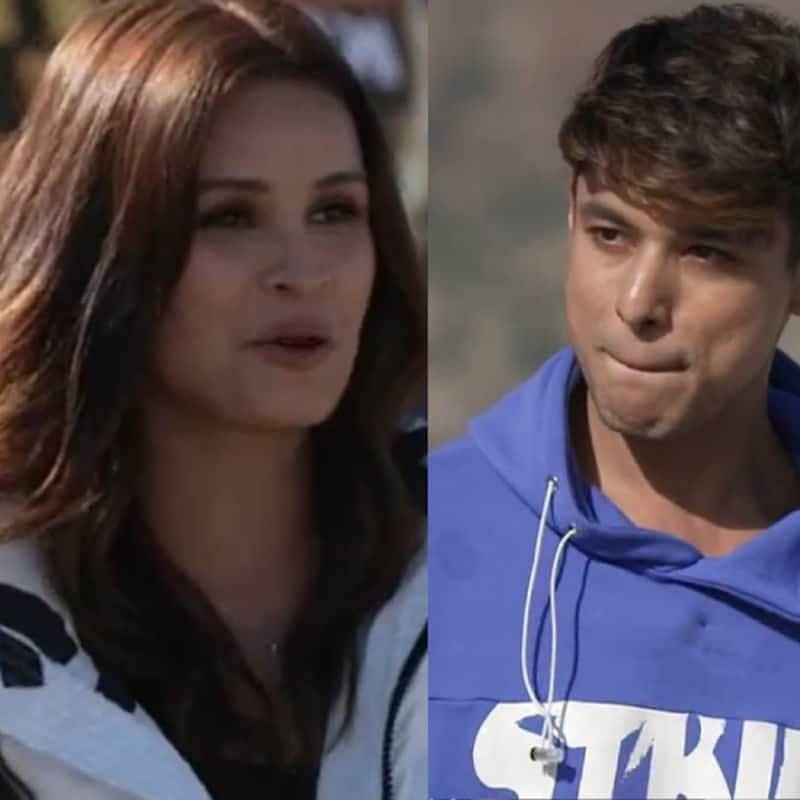 Khatron Ke Khiladi 12 has begun and it looks like this year it is going to be more than just daredevil stunts. Pyaar, ishq aur mohabbat is also on the cards. At least that is what one derived from the first episode of the show when host Rohit Shetty teased Pratik Sehajpal and Chetna Pande. During the show, Chetna Pande confesses that she knows Pratik Sehajpal from the beginning. She says that they were a part of a reality TV show and they used to fight a lot. But then she makes a statement saying that every good bond begins with a fight. Also Read - Anurag Kashyap reveals the SHOCKING reason why Ranveer Singh was replaced by Ranbir Kapoor in Bombay Velvet

Rohit Shetty then teases Pratik Sehajpal about the same and he is unable to stop blushing. Nishant Bhat chips and hilariously says, "Thakur toh gayo." Though Pratik tries to clarify that they are just good friends and nothing more than that the smile of his face makes everyone think otherwise. Mohit Malik also says that 'Ek Ladka Aur Ladki Kabhi Dost Nahi Ho Sakte.' Take a look at the video below: Also Read - Jhalak Dikhhla Jaa 10: Will Bigg Boss 13 star Asim Riaz participate in the dance based show? Here's what he has to say

Meanwhile, the first episode of Khatron Ke Khiladi 12 appears to be a hit. Pratik Sehajpal won a task against Tushar Kalia. On Twitter, quite a few fans of his are rejoicing his first victory and rooting for him to be the winner of the show. Check out a few tweets below: Also Read - Khatron Ke Khiladi 12 finale: Not Rubina Dilaik, but THIS contestant has won the trophy? Here's what we know

Must admit Pratik that we were super happy to see your PRATIKGIRI on the very first day. We win sometimes and sometimes we learn from our failure.Manifesting you lifting the trophy #PratikSehajpal #PratikInKKK12 #PratikFam #PraWin https://t.co/kUxbnX4x3G

Congrats @realsehajpal for not only winning but acing your first task like a king. As we #PratikFam has already said that you are a Sher ?.