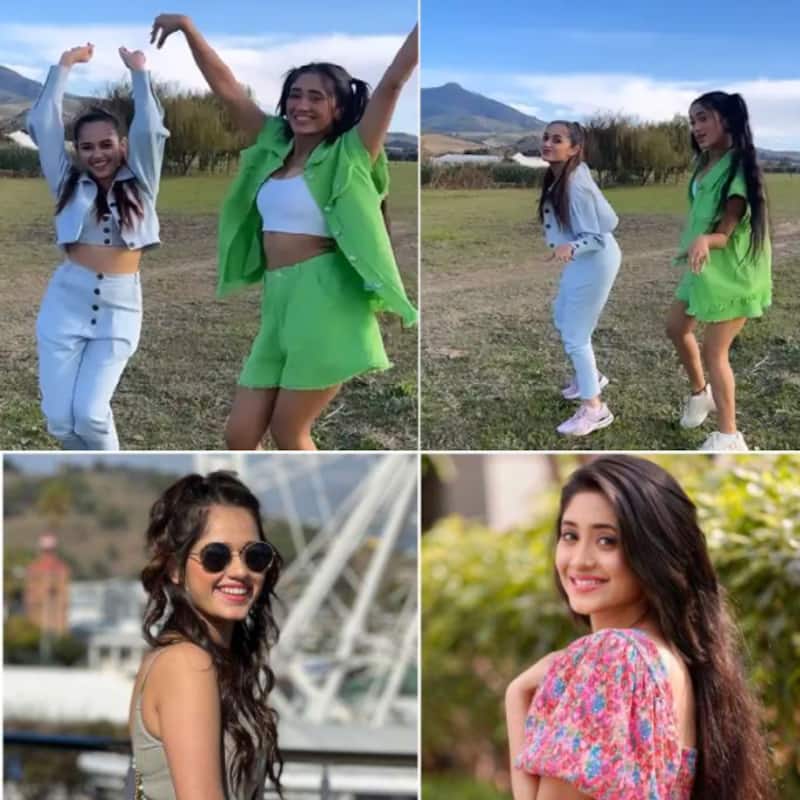 Khatron Ke Khiladi 12 has begun and is already winning hearts with the stunts and the contestant line-up that this season has. Popular TV actresses such as Shivangi Joshi, Jannat Zubair, Rubina Dilaik, Sriti Jha and more are some of the participants in Rohit Shetty's show. Now, two of the youngest TV babes, Shivangi and Jannat have been grabbing headlines a lot lately. And it is for their bond on the sets of KKK12. Recently, Shivangi Joshi opened up about how she and Jannat Zubair come to be friends. Also Read - Khatron Ke Khiladi 12 star Shivangi Joshi’s lavish Mumbai home is all about elegance and minimalism [View Pics]

Shivangi reveals deets about her bond with Jannat

While talking to India Forums, reports Pinkvilla, the Yeh Rishta Kya Kehlata Hai actress Shivangi Joshi shared that she and Jannat had some misunderstandings initially. The Balika Vadhu 2 actress revealed that they would not talk earlier for some reason. But after they met on the sets of Khatron Ke Khiladi 12 and cleared things between themselves, they turned into besties. Shivangi found Jannat to be very sweet. Also Read - Trending TV News Today: Ghum Hai Kisikey Pyaar Meiin's Virat called 'unethical', Mrunal Jain to enter Harshad Chopda-Pranali Rathod's Yeh Rishta Kya Kehlata Hai and more

Jannat Zubair on her bond with Shivangi Joshi

While talking to BollywoodLife, Jannat had revealed that Shivangi and she had never exchanged even Hi-Hello before. And now they have become fast friends. Jannat Zubair told us that they felt either person had an attitude and hence, would not talk to each other. But after they met, they understood each other and have now turned BBFs. Also Read - Khatron Ke Khiladi 12 star Shivangi Joshi reveals how many kids she wants while answering 20 questions with her sister Sheetal Joshi [Watch goofy video]

Jannat and Shivangi have earned a nickname

Coming back to Shivangi Joshi, the actress revealed that she and Jannat have earned a nickname. They are addressed to each other as Sita-Gita. She added that whenever they are spotted together they are not called by their names but as Sita-Gita.