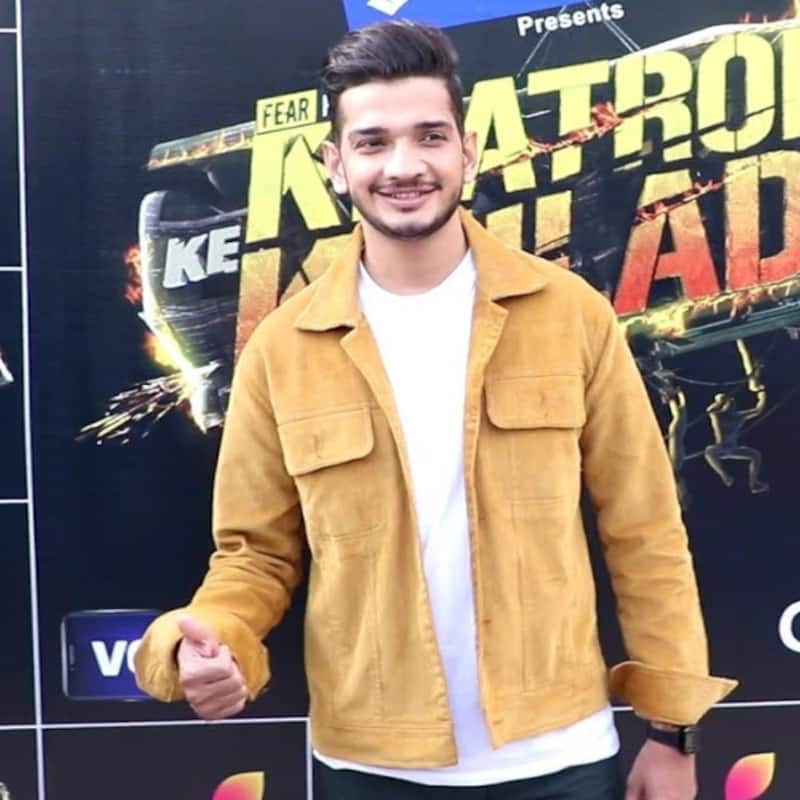 Rohit Shetty's Khatron Ke Khiladi 12 has commenced already in Cape Town. Various celebrity contestants such as Pratik Sehajpal, Mohit Malik, Rubina Dilaik, Shivangi Joshi, Jannat Zubair, Sriti Jha and others have begun shooting for Khatron Ke Khiladi 12. Lock Upp winner Munawar Faruqui was said to be one of the participants on KKK12 as well. In fact, he also attended the press conference of Khatron Ke Khiladi 12 a couple of weeks ago. However, the latest reports state that Munawar is out of KKK12. Also Read - Trending TV News Today: Rubina Dilaik reveals why she signed Khatron Ke Khiladi 12, Gurmeet Chaudhary-Debina Bonnerjee reveal baby daughter's face and more

Munawar out of Khatron Ke Khiladi 12?

Munawar Faruqui who won Lock Upp season one this year had been signed on as one of the contestants on Rohit Shetty's stunt-based reality TV show Khatron Ke Khiladi 12. However, he didn't leave for Cape Town like the rest of the contestants. Kanika Mann and Mohit Malik were also scheduled to leave for South Africa on a later date. The two did so, however, Munawar has not yet flown to Cape Town. And it is likely that he might not join Khatron Ke Khiladi 12 at all. A report in TellyChakkar says that Munawar won't be a part of KKK12 as the shooting has almost come to an end. Munawar has not yet reached Cape Town, the report added. Also Read - Khatron Ke Khiladi 12: Sriti Jha, Aneri Vajani, Jannat Zubair and four other contestants in danger zone after their first stunt on Rohit Shetty's show

A couple of weeks ago, reports had surfaced that Munawar Faruqui had been facing some Visa issues which was later reported to have been sorted out. It was said that he'd be flying out for Khatron Ke Khiladi 12. However, the latest update is concerning. Munawar's fans would be very much disappointed with this development. Also Read - Khatron Ke Khiladi 12 Twitter Review: Sriti Jha, Rubina Dilaik, Pratik Sehajpal impress audiences in the first episode of Rohit Shetty's show

In other news, Shivangi Joshi has grabbed headlines. It is said that she will get eliminated in the third week of Khatron Ke Khiladi 12. However, the reports are just based on an Instagram post. Elsewhere, Kanika Mann has grabbed headlines. She recently shared pictures of her bruises and injuries. Her fans are concerned about her. The contestant's list includes Shivangi Joshi, Nishant Bhat, Erika Packard, Rajiv Adatia, Jannat Zubair, Sriti Jha, Chetna Pande, Rubina Dilaik, Tushar Kalia, Aneri Vajani, Faisal Shaikh, Pratik Sehajpal, Kanika Mann and Mohit Malik. Khatron Ke Khiladi 12 will start premiering on 2nd July 2022.