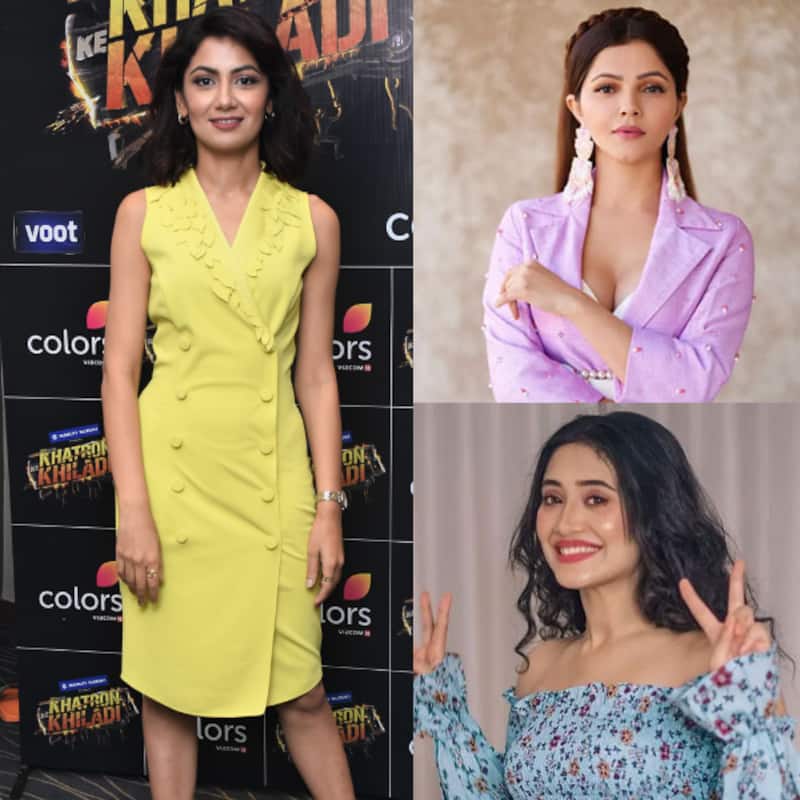 Khatron Ke Khiladi 12 is one of the most anticipated upcoming reality TV shows in India. Rohit Shetty is returning with the 12th season of Fear Factor and fans are super excited about the same. A lot of popular names from the world of television have entered the danger zone this time. There are also a lot of TV bahus who have entered the stunt-based reality TV show this time and they are Sriti Jha, Rubina Dilaik, and Shivangi Joshi to name a few. There are quite a few hotties from the TV world as well. Also Read - Khatron Ke Khiladi 12: Jannat Zubair shares a funny video with host Rohit Shetty; netizens cannot get over their adorable bond [Watch Video]

Talking about the gorgeous babes from the television world, first up let’s discuss Rubina Dilaik. She is fiercely competitive. However, she is also kind and motivating. Rubina’s strategic side was seen in Bigg Boss 14. However, this time no strategy may come to her rescue as it just facing her fears. Yet, we feel she is strong enough to face every challenge head-on. Next up, we have is Shivangi Joshi. The Yeh Rishta Kya Kehlata Hai actress may look like a pretty doll but there’s more to her and that’s what she is going to prove in Khatron Ke Khiladi 12. From the interviews and promos, Shivangi seems calm but alert about herself as a contestant. Kumkum Bhagya’s Sriti Jha is an adventurous soul. She seems ready to take on every challenge. Then there’s Jannat Zubair. The youngest of the lot. Well, as they as Chhota Packet Bada Dhamaka, something tells us Jannat’s gonna be rule hearts with her grit and determination. Also Read - Trending TV News Today: Siddharth Jadhav rubbishes divorce news, Imlie star Fahmaan Khan reveals being protective of Sumbul Touqeer

We also have Anupamaa fame Aneri Vajani. The actress looked pretty excited during the press conference of the reality TV show a couple of weeks ago. Aneri is fun-loving and it would be interesting to see how much fun she has during the stunts. Then there’s Kanika Maan of Guddan Tumse Na Ho Payega. Kanika shared pictures of her bruises and injuries online and they looked really painful. Yet Kanika had a huge smile on her face. She looks determined to go till the end. We also have Chetna Pande participating in Khatron Ke Khiladi 12. The actress is known for her stint in TV shows and web shows. Let’s see who are you rooting for in Khatron Ke Khiladi 12, vote for your favourite below: Also Read - Khatron Ke Khiladi 12: Mohit Malik impresses Rohit Shetty, earns this title from the Cirkus maker