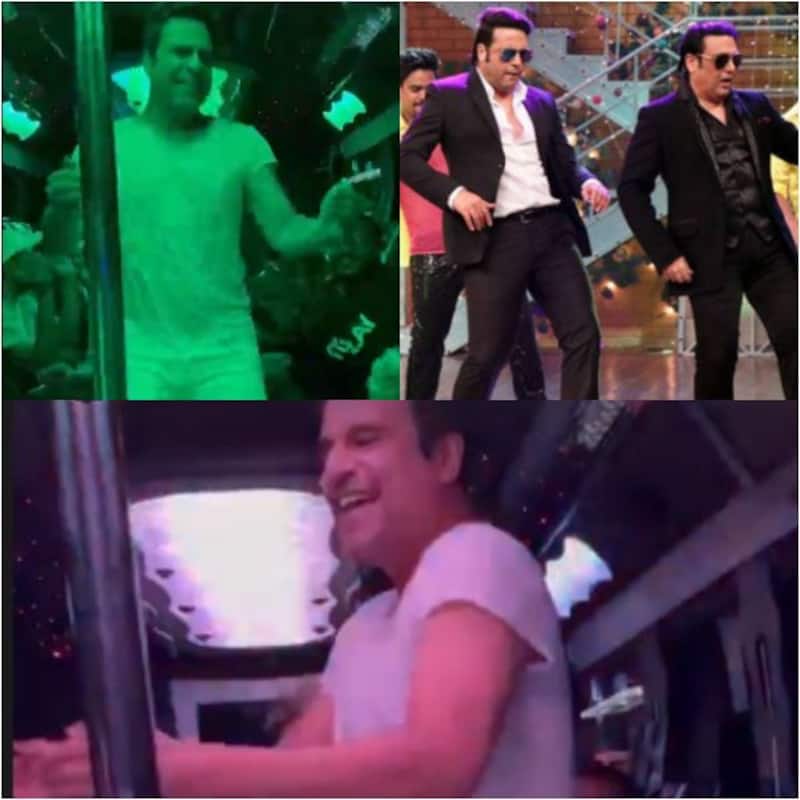 The Kapil Sharma Show team, Kapil Sharma, Krushna Abhishek, Kiku Sharda and others, are currently on a tour overseas. Recently, they had a show in Vancouver, Canada, and the actors have been sharing pictures and videos from there on social media. Recently, Kapil on his Insta story posted a video in which the team is traveling in a bus, and Krushna is seen dancing to Mama Govinda's song Chalo Ishq Ladaaye. Krushna is known for dancing to Govinda’s songs, and he matches the energy of his mama. Also Read - Katrina Kaif-Vicky Kaushal spotted at a clinic amid the rumours of actress' pregnancy; fans say, 'Baby loading' [View Pics]

While sharing the video, Kapil wrote, “It’s always a treat watching you dancing bro.” Krushna shared the video on his Insta story and wrote, “Thank u bhai u were the dj. Had mad fun.” Check out the video below… Also Read - Trending TV News Today: Raju Srivastava remains critical in coma, Nupur Alankar gives up acting for sanyas and more

Well, Krushna and Govinda were not in talking terms. When Govinda used to come on The Kapil Sharma Show, Krushna would skip that episode. Also Read - Liger star Vijay Deverakonda is TIRED of restless promotions; talks about taking a proper break and his next with Samantha Ruth Prabhu

A few weeks ago, Krushna had come on Maniesh Paul’s chat show, and he had apologised to Govinda. Later when Govinda came on the show, the veteran actor had stated, "You are my favourite sister's kids. I have got so much love from her. You guys didn't get that love from her. I feel very sad about it. But I am not like that. Do not let my behaviour be the reason for your sadness. You are not either. You are always forgiven. Please relax, no problem with you. May God bless you.”

Well, it will surely be interesting to watch Krushna and Govinda in a show or a film together.

Talking about The Kapil Sharma Show, the show went off-air a couple of weeks ago. But, the team has promised that they will come back soon. It is one of the most popular shows on Television and makes the audience laugh out loud. Many Bollywood celebs come on the show to promote their films.