Kumkum Bhagya 13 February 2020 written update of full episode: Rhea gets jealous to see Ranbir and Prachi together in college

Kumkum Bhagya 13 February 2020 Preview: In tonight's episode Abhi shares with Vikram that Pragya always wanted his love instead of expensive gifts, Meanwhile Rhea finds Ranbir and Prachi together in college 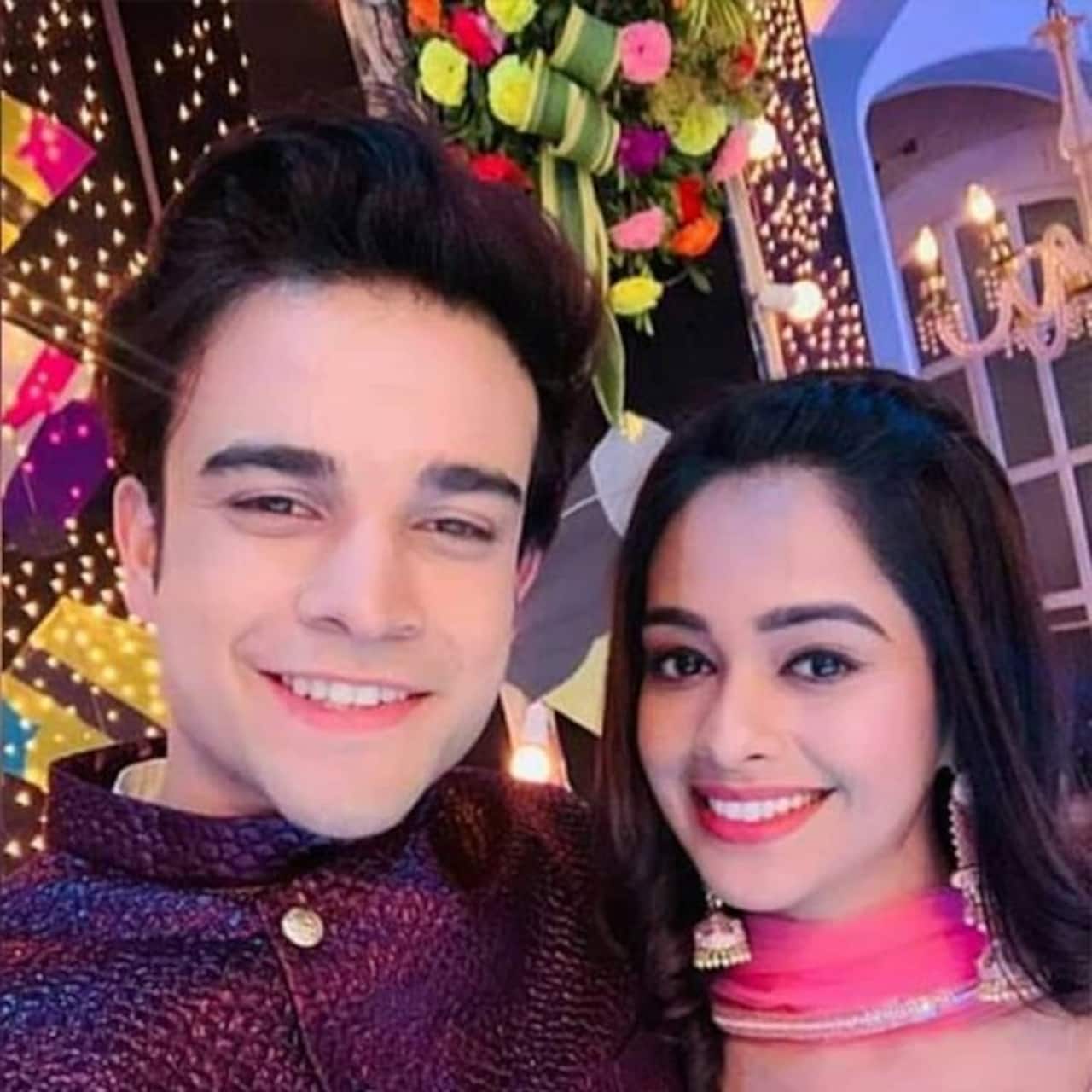 In the last episode we saw that Sarita forces Ranbir to leave the house and locks Prachi in her room. She stops Prachi from meeting Ranbir if they are not in love. Prachi continues to say that she and Ranbir are only best friends. Sarita tells Shahana and Pragya that she is only being mean to Prachi to make her realises that she really loves Ranbir. Rhea tells Aliya that she lied to Abhi about the money and the case. Aliya congratulates Rhea for lying to Abhi. Ranbir calls up Prachi and finds out that everything is normal at her house again. Ranbir tried to tell Prachi that he fell in love with her when they were in the rain together. Also Read - Taarak Mehta Ka Ooltah Chashmah continues to rule; Anupamaa regains position; Bigg Boss 16 makes a surprising jump on Most-liked Hindi TV shows list

Tonight’s episode begins with Prachi and Ranbir’s conversation over the call. Ranbir tells Prachi that when they were together in the rain, he felt something. But Prachi doesn’t understand what he actually meant. Ranbir drops the call as he feels that he will express everything. He keeps brooding about Prachi and the moments spent with her. Next day there is valentines day celebration in the college. Rhea’s friends wait for Rhea as they know that boys are excited to give rose to Rhea. After a while Rhea arrives there. Boys gather around her to give her a rose but Rhea rejects all of them in attitude. Dimpy asks Rhea whether Ranbir is the only choice for her. Rhea challenges her to show her better guy than Ranbir. Dimpy agrees to that. In the mean time Vikram and Abhi cherish old memories about how they met each other and joined each other’s business. Abhi and Vikram learn that it is Valentine’s day. Vikram tells Abhi that Pallavi is upset as Vikram didnt remember that it is Valentine’s day. Abhi suggests him to buy a expensive gift to Pallavi to pacify her. Also Read - Bade Achhe Lagte Hain 2: Aalisha Panwar to join Niti Taylor and Ranndeep Rai after leap? To play THIS character

Vikram asks him whether he used to pacify his wife the same way. Abhi shares that his wife always wanted his love and not expensive gifts. Vikram finds it adorable. On the other hand Aryan and Ranbir reach college. Aryan asks Ranbir to propose Prachi on the occasion of Valentine’s day. But Ranbir wants to propose Prachi in a unique way. In the mean time Prachi and Shahana also reach to the college. Shahana finds Prachi upset. Prachi shares that she is upset because of Sarita’s behaviour about Ranbir. Shahana tells Prachi to porpose Ranbir if she has some feelings for him as Ranbir is favourite of all. But Prachi gets angry with Shahana and moves ahead. After some time they stop and discuss about how Prachi would like a guy to propose her. Ranbir takes note of everything that she says and goes to plan something. He buys roses of different colours to let Prachi know how much she is important for him. Meanwhile Aryan informs Shahana that Ranbir has bought flowers for Prachi. Both of them hug each other in excitement. Ranbir then calls Prachi. He goes to meet her in the library. But he bumps into Dimpy. Dimpy notices flowers so she assumes that Ranbir must be proposing Rhea.

She informs Rhea that Ranbir is planning to propose her. Meanwhile Ranbir meets Prachi. Ranbir gets confused as to which flower to give to Prachi. Prachi meanwhile keeps looking for some book. She finds a couple romancing in the library which shocks her. Ranbir finds out what Prachi’s opinion about a relationship is. So he drops the idea of giving her roses. By that time Rhea arrives there and finds them together. She gets very furious. Stay hooked for more scoops and updates.