Kumkum Bhagya 5 March 2020 written update of full episode: Prachi learns that Dimple is out of city

Kumkum Bhagya 5 March 2020 Preview: In tonight's episode Prachi puts a garland around Ranbir's neck to show proof of his fake marriage with Dimple at the engagement hall. But on the day of engagement she learns that Dimple has gone out of city for shoot 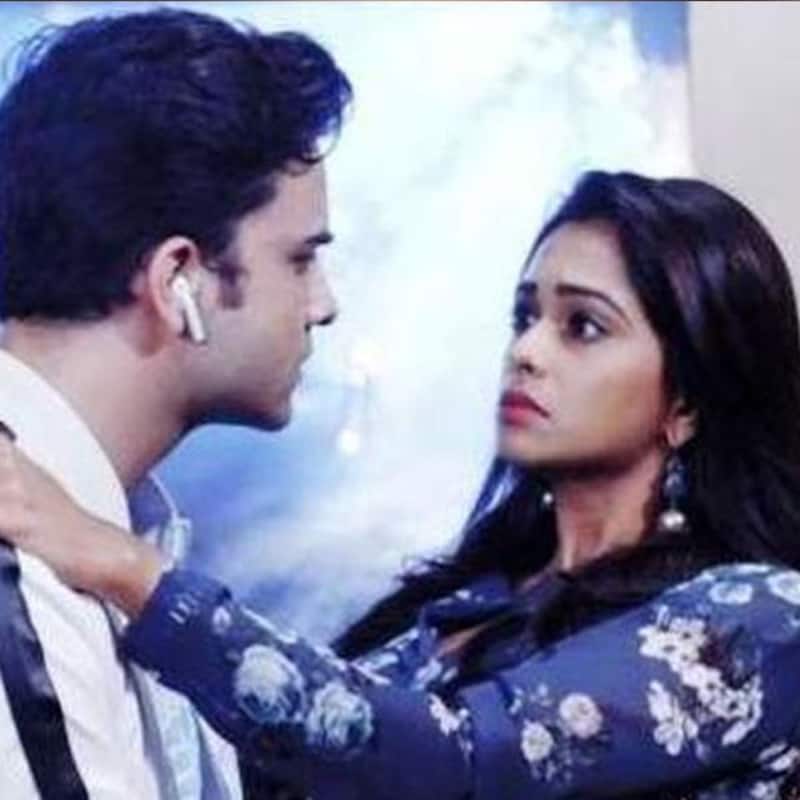 In the last episode of Kumkum Bhagya, we saw that Prachi asks Ranbir if he will stop talking to her once he is married to Maya. Ranbir tells Prachi that he will not marry Maya and he will never stop talking to her. At Prachi’s house, Ranbir says he feels forced to get engaged to Maya. Sarita gives him a plan asking him to pretend that he is married to someone else. She says Maya’s father will not want his daughter to get engaged to a married man. Sarita hires an actress named Dimple to pretend to be Ranbir’s wife. Also Read - Jhalak Dikhhla Jaa 10: Anu Malik’s daughter Adaa Malik and social media sensation Kili Paul to be seen on the show? Here's the truth

In tonight’s episode, Prachi and Ranbir go to meet Dimple in her bridal outfit. Prachi feels Dimple’s saree is too revealing and will tempt Ranbir. She takes Dimple to another room to get her look right. Ranbir talks to Prachi’s photo saying he loves her. Shahana overhears Ranbir and is sure that he loves Prachi now. Prachi returns with Dimple and decides to take a photo of her with Ranbir as a married couple. Sarita gets them garlands and sindoor to make it look like they are just married. When Prachi puts the garland and tika on Ranbir’s forehead, she feels like she is actually marrying him. She then clicks a photo of Dimple and Ranbir as proof that they are married. Also Read - Bigg Boss 16 star Sumbul Touqeer is a fantastic rapper, Divyanka Tripathi is a rifle shooter and more: Hidden talents of TOP TV stars will leave you amused

Dimple feels Prachi is in love with Ranbir and tells Shahana about it. Aliya and Vikram go to Maya’s father’s boss, a senior politician, and ask him to control his junior. The senior politician says that he will take action against Maya’s father later but he cannot do anything for them now. Vikram and Pallavi are worried that Ranbir will have to get engaged with Maya. The next morning. Ranbir’s family hesitates to go to the engagement ceremony till Maya’s father calls them up. Ranbir tells Aryan that he has a plan to get out of the engagement. Prachi goes to Dimple’s house to get her for the engagement and finds out that Dimple is out of town for another shoot. Will Prachi’s plan be ruined again? Stay hooked to find out. Also Read - Trending TV News Today: Ghum Hai Kisikey Pyaar Meiin fans bat for SaiRat reunion, Sriti Jha to enter Jhalak Dikhhla Jaa 10 as wildcard, Bigg Boss 16 take cases of contestants and more