Kundali Bhagya 23 May 2019 written update of full episode: Karan manages to stop Rishabh and Sherlyn's marriage until Preeta returns and Shrishti, Sameer and Tanvi help him 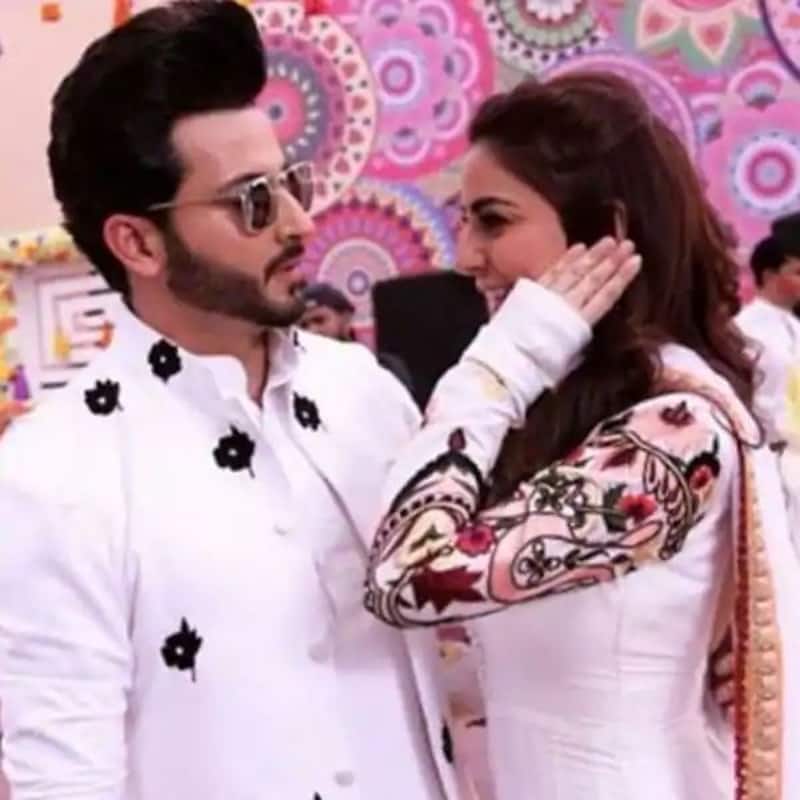 In the last episode of Kundali Bhagya we saw the wedding rituals of Rishabh and Sherlyn begin and Karan is worried about where Preeta is. Preeta who is locked in the room by Sherlyn is worried about how Karan will find her and how she will manage to save Maa and Rakhi. Also Read - Kundali Bhagya 15 January 2020 written update of full episode: Sherlyn and Mahira plan to kill Preeta

Today's episode of Kundali Bhagya begins with Shrishti explaining Karan that Preeta must be stuck somehwere otherwise she won't behave this way. Karan tells her that Preeta is not answering her calls and has not informed him about anything. He tells Shrishti that he will go and search for Preeta when Shrishti tells him that it will take him time to find Preeta and be back until then the marriage will get over. Sameer informs Shrishti and Karan that marriage rituals have begun. Sherlyn on the other hand stares at Prithvi angrily which is noticed by Tanvi who wonders what is wrong. Sherlyn recalls the moment when she had met Prithvi and he shouts at her about the remote. He asks her if she was about to blast Rakhi. He tells her that Rakhi is her mother in law and she cannot do this to her. And also asks her that why had Sherlin grabbed Preeta so badly, what if she was hurt. Hearing this Sherlyn gets angry and slaps Prithvi. She tells him to stop thinking of her and leave her. She tells him that they needed Preeta and got her engaged to Prithvi so that she stays away from Rishabh and now that Rishabh and Sherlyn are getting married, they do not need Preeta. She tells Prithvi to leave her otherwise she will leave him and take over the whole Luthra's property and business and give him nothing. Also Read - Kundali Bhagya 14 January 2020 written update of full episode: Karan decides to drop Preeta home

The wedding rituals begin and Rishabh thinks of Preeta and the moments he has spent with her. He thinks from now onwards, he and Preeta would be friends. Tanvi asks Karan if Sherlyn and Prithvi have some past connections to which Karan replies that they have a present connection. Rakhi is happy that Rishabh is finally getting married and says that all this all because of Preeta. Karan thinks about Preeta and is worried that is she in some trouble. Preeta was tensed in the room. She wonders what if she can’t get out. She decides to tell Karan about it. She goes to the window, but was afraid and couldn’t decide to jump down. Karan decides to stop the marriage until Preeta reaches. He calls Sameer, Shrishti and Tanvi to plan. He tells Tanvi and Shrishti to fight over Sameer so badly that everyone looks at them. And they stop the wedding. Tanvi and Shrishti start fighting and everyone watches then. Everyone sees them fight as Shrishti holds Tanvi over a table. She screames over Tanvi and Kareena and others try to stop Shrishti. Shrishti says this Tanvi wants to have an affair with Sameer, she won’t spare her at any cost. Karan joins in and asks Sameer what happened here. Sameer goes to Rishab to clarify there is nothing between him and Tanvi and asks him to get up and solve the matter. Sherlyn doesn’t let Rishab leave the Mandap while Rakhi also tells Rishab it’s a bad omen to leave the Mandap. And she also says that this fight is even not worth it. Dadi says only a sensible man like Rishabh can handle a fight like this. Janki also tells Rishab to get up and handle the fight, else the wedding would be spoilt. Everyone together shout and ask Rishabh to wait or handle thhe situation. Rishab shouts at them to stop it. He asks Shrishti to leave Tanvi to which Shrishti says no as Sameer is her best friend and cannot let any girl like Tanvi to spoil Sameer's life. Rakhi shouts at Shrishti and tells her to stop behaving in this way with Tanvi and informs her that she is aware that Sameer and Tanvi are having an affair and will get them married soon. Everyone is shocked at this. Also Read - Kundali Bhagya 13 January 2020 written update of full episode: Sherlyn to use Mahira against Preeta

Janki shouts and says that Sameer loves Shrishti whereas Shrishti denies Janki’s claims. Sanjana that Shrishti, Sameer and Tanvi can go out and fight and let the wedding rituals happen peacefully. She asks the pandit to begin the rituals. Karan feels helpless and thinks of another idea to stop the marriage. He gets and idea and indicates Shrishti and Tanvi to do so. Tanvi and Shrishti run and slap eachother by pushing Karan towards the mandap and spoil the whole mandap. The girls climb the Mandap and hold the kalash filled with water. Karan unties the Gath Bandhan and helps Rishab and Sherlin to get off the Mandap before it falls. Shrishti and Tanvi in their fight put water over the sacred fire of the wedding and it goes off. Karan tries to stop the girls. Sherlyn suspects that the girls might have done this fight to stop the marriage. Kareena is angry and scolds the girls for ruining the wedding. Karan comes forward and says sorry that because of him this happened. Sherlyn leaves and goes to her room in anger. Karan gives a thumbs up to the girls which is noticed by Rishabh. Stay tuned to find out what happens next.