Kundali Bhagya 5 March 2020 Preview: In tonight's episode Karan informs Sherlyn about Mahira being trapped inside a building. Preeta also reaches there and gets to meet Kritika. 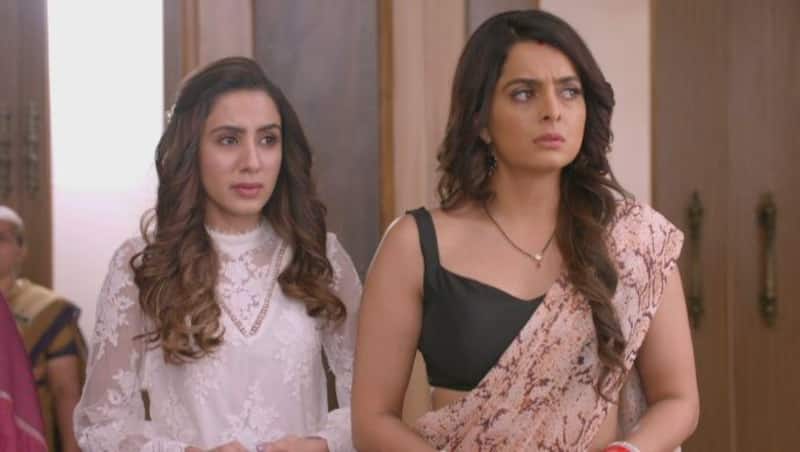 In the last episode we saw that it has been shown that Karan and Preeta are having a conversation at the restaurant where they are spotted by Mahira. She also overhears Karan telling Preeta that he has no intention of marrying the former. This makes her angry post which she chides Preeta and slaps her. To her surprise, Karan slaps her back. These things are imagined by Sherlyn who thinks about the consequences of Mahira confronting Preeta. She immediately calls Mahira and asks her to return to the party. She tries convincing Mahira by saying that Preeta is a weak person and that she needs Karan’s assistance all the time. Sherlyn cites this to be the only reason behind Karan and Preeta’s togetherness. She gives an idea to Mahira and asks the latter to act weak like Preeta. She also asks her to call Karan to the latter’s place by saying that her friends have called for him. Also Read - Sherdil Shergill: Before Surbhi Chandna bagged Manmeet, THESE 5 TV beauties refused the role opposite Dheeraj Dhoopar

Tonight’s episode begins with Sherlyn telling Mahira to go on the 9th floor and set fire there. Mahira wonders about it. Sherlyn explains her plan to Mahira wherein she wants Mahira to inform Karan that she is stuck in the fire so he will rush there to rescue her. Mahira loves her plan. On the other hand Preeta and Karan are spending quality time together in the restaurant. Sherlyn tells Mahira how to set the fire and also the way she can rescue herself if Karan doesn’t reach there in time. By then Mahira calls Karan and makes him panic pretending that she is trapped in the fire in a hotel room. Karan gets shattered and immediately leaves for the hotel without informing Preeta. But Preeta over hears that Karan is going to Silverleaf Hotel. Sherlyn by that time asks Mahira to set fire as per their plan. Karan is on the way. Sherlyn calls him to make him even more panic about Mahira. Accordingly she informs Mahira to set fire in the room as Karan is on the way. Also Read - Ghum Hai Kisikey Pyaar Meiin, Kundali Bhagya, Yeh Rishta Kya Kehlata Hai and more: SHOCKING Twists planned by makers to beat Anupamaa at TRP chart

Mahira sets the fire in some portion of the room and starts screaming for help. But Kritika arrives there. She tries to help Mahira but Sherlyn makes her slip a bit which hurts Kritika’s leg and she backs out. Sherlyn does drama of talking to the hotel management for help. By then Preeta reaches the hotel. She learns that Mahira is trapped in the fire. She runs to help Mahira. Mahira hears the voice asking for help. So she sets fire in the other portion too. But when she sees Preeta on the window, she gets shocked and disappointed. Preeta tries hard to break the glass door. Mahira asks her not to help her as she is upset but Preeta is very much firm on saving Mahira. Mahira asks Preeta to let Karan save her. Preeta tells her that Karan is not present there so she will try and do something. Mahira sets off some portion of the fire and sits relaxed on the chair. Somehow Preeta manages to get into the room which shocks Mahira. Also Read - Sherdil Shergill: Dheeraj Dhoopar has a SPECIAL message for his fans as his new show premieres today; ‘Support me like the way…’ [Exclusive]

On the other hand Karan reaches the hotel. Sherlyn asks him to rescue Mahira. Kritika tries to go behind Karan but Sherlyn stops her by pretending of being dizzy. Meanwhile Preeta tries to take Mahira out of the room but Mahira refuses to go with her. She starts blaming Preeta for coming in between her and Karan. Preeta doesn’t understand as her main motive is to save Mahira from the fire. But Mahira keeps on arguing with Preeta and becomes adamant to come out of the room when Karan will come to rescue her. Then Preeta learns that it was all planned by Mahira herself. Mahira asks Preeta to stay away from Karan. Preeta also gets furious with Mahira saying that Mahira and Karan’s relation is very weak which is making Mahira insecure. Preeta also tells Mahira that she is not suitable for Karan. While Preeta is about to leave from the room, Mahira stops her. Mahira tells Preeta that she will not be able to expose her truth to Karan as she will not let Preeta leave from the room. Will Mahira put Preeta into the fire? Stay hooked to find out.