Kundali Bhagya upcoming romantic twist: Karan (Dheeraj Dhoopar) and Preeta (Shraddha Arya) will come close to each other under the influence of bhang! PreeRan fans are going gaga over their sizzling hot chemistry. 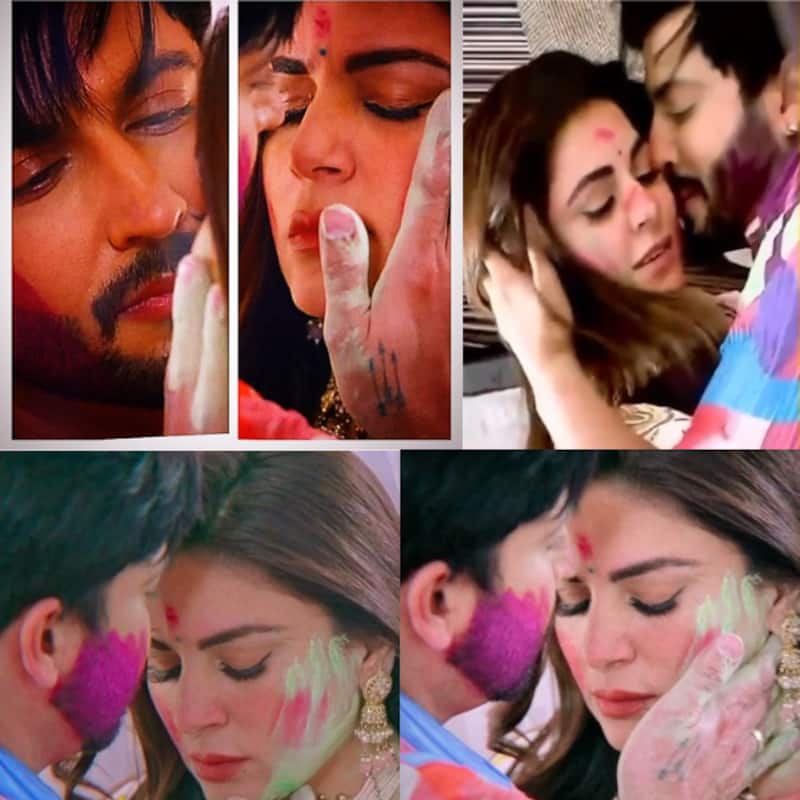 Kundali Bhagya upcoming twist: Dheeraj Dhoopar, Shraddha Arya starrer TV show is going to see a romantic twist. PreeRan fans will be delighted to see their favourite duo together, being lovebirds, though under the influence of bhang. As per the spoilers in the SBS segment, Karan and Preeta will come closer during the Holi celebrations. We all know that Pradeep is involved in getting everyone tipsy during the festive celebrations. Srishti learns about the same and warns Preeta that someone is planning something against her. Srishti knows that Natasha and Sherlin are behind it. Pradeep and Nagre are planning to take the papers from Mahesh's room and bail Prithvi out. Also Read - Ranveer Singh-Deepika Padukone, Aamir Khan-Karisma Kapoor and more Bollywood stars who shared the hottest lip lock scenes [View Pics]

In the upcoming episode of Kundali Bhagya, we will see Karan getting tipsy as well. Sherlin and Natasha think of this as an opportunity to move ahead with their evil plan. Sherlin and Natasha want to lure Karan into their trap. Natasha plans on seducing a tipsy Karan and then making him marry her. Sherlin had revealed the same to Preeta. However, their plan will be backfired. Preeta will stand in front of Natasha and warn her to stay away from Karan. And then, the two love birds will be seen spending some mushy-mushy moments together. PreeRan fans are going crazy after watching the SBS segment and Dheeraj-Shraddha's romance. Check out their tweets here: Also Read - Katrina Kaif, Akshay Kumar, Bindu and more Bollywood stars who scorched the screen with the most seductive striptease numbers [View Pics]

What the hell did I saw right now!!
Preeran hot romance preeta on top of karan he freaking covered themselves with the duvet❤???
Give me the episodes right now..!!#KundaliBhagya #PreeRan #DheerajDhoopar #ShraddhaArya

after 5 years??PINCH ME PLZ??
the last two caps??
I am feeling as if I am still sleeping??

Shraddha Arya and Dheeraj Dhoopar are best of friends in real life. And it reflects in their on-screen chemistry. Shraddha and Dheeraj's on-screen pairing is a huge hit amongst fans. PreeRan has been stealing hearts ever since the show began airing. Also Read - Trending South News Today: Dhanush's Captain Miller first look, Prabhas-Anushka Shetty to reunite and more

Recently, Dheeraj Dhoopar announced that he and his wife, Vinny Arora, are expecting their first child together. The two real-life lovers have been together for over a decade and got married in 2016.