Dheeraj Dhoopar performance in Zee TV's Kundali Bhagya has won hearts and thanks to the adulation he has also pocketed an award.

Dheeraj Dhoopar as the flirtatious cricketer Karan Luthra in Zee TV’ Kundali Bhagya has earned him a lot of fan following. In the daily soap, Dheeraj is often seen flirting with Shraddha Arya‘s character of Preeta Arora. Their chemistry and charming love story have been hailed as one of the best on Indian television. Honouring the benchmark Dheeraj has set with her performance, the actor was awarded The Most Charismatic Performer of the Year’ at the recently concluded India SME Awards 2019. Also Read - Yeh Rishta Kya Kehlata Hai, Anupamaa, Imlie and more: SHOCKING TWISTS to unfold in tonight’s episode of top TV shows

Dheeraj took to Instagram to share pictures from the special evening. Dressed in a blush pink and white suit, the television star looked dapper as ever. “They say beauty is the opposite of perfection, it’s about confidence, charisma & character…” Dheeraj captioned the Instagram sharing an image of the coveted trophy. Check it out here: Also Read - Anupamaa, Ghum Hai Kisikey Pyaar Meiin, Yeh Rishta Kya Kehlata Hai and more – DHAMAKEDAAR twists to unfold in tonight's episodes of your favourite TV shows

They say beauty is the opposite of perfection, it’s about confidence, charisma & character.. Awarded tonight for being The Most Charismatic Performer of the year at India SME Awards 2019 ?

Keeping up with his supremely high fashion statements, Dheeraj wore a pink and white striped blazer suit. He teamed the look with a white t-shirt and matching sneakers. The black wrist watch only accentuated his crisp yet playful attire. Also Read - Ghum Hai Kisikey Pyaar Meiin, Anupamaa, Imlie and more: Shocking twists to look forward to in tonight's episodes of Top TV shows 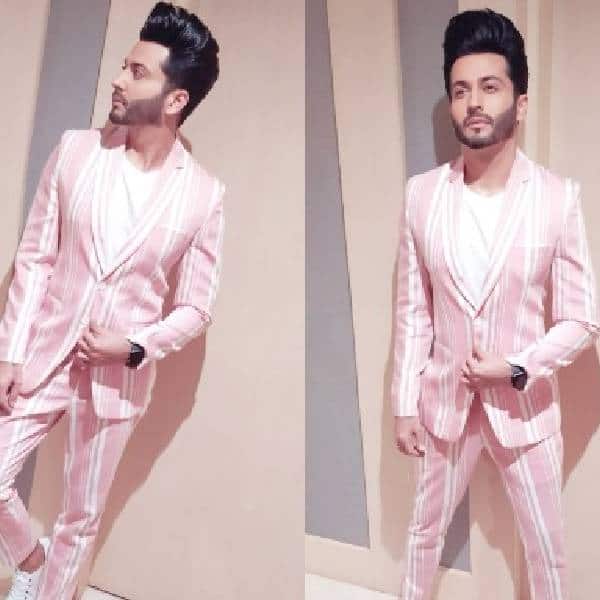 Dheeraj recently was to host the seventh season of Dance India Dance but opted out a couple of days before the dance reality show went on air. He has been replaced by actor-anchor Karan Wahi who will now be hosting Dance India Dance 7: Battle of the Champions. Dheeraj cited that the juggle between Kundali Bhagya and DID got physically and mentally exhausting. And we don’t blame the actor, Kundali Bhagya has been topping the TRP charts and ranking amongst the top five week after week. It ain’t easy to keep your viewers happy when you have such tough competition around.

Coming back to his win, we wish the star hearty congratulations on the glorious victory!