From Kundali Bhagya's PreeRan aka Shraddha Arya-Dheeraj Dhoopar to Bade Achhe Lagte Hain 2's RaYa aka Nakuul Mehta and more, which TV Jodi's separation track did hurt you the most? Vote below: 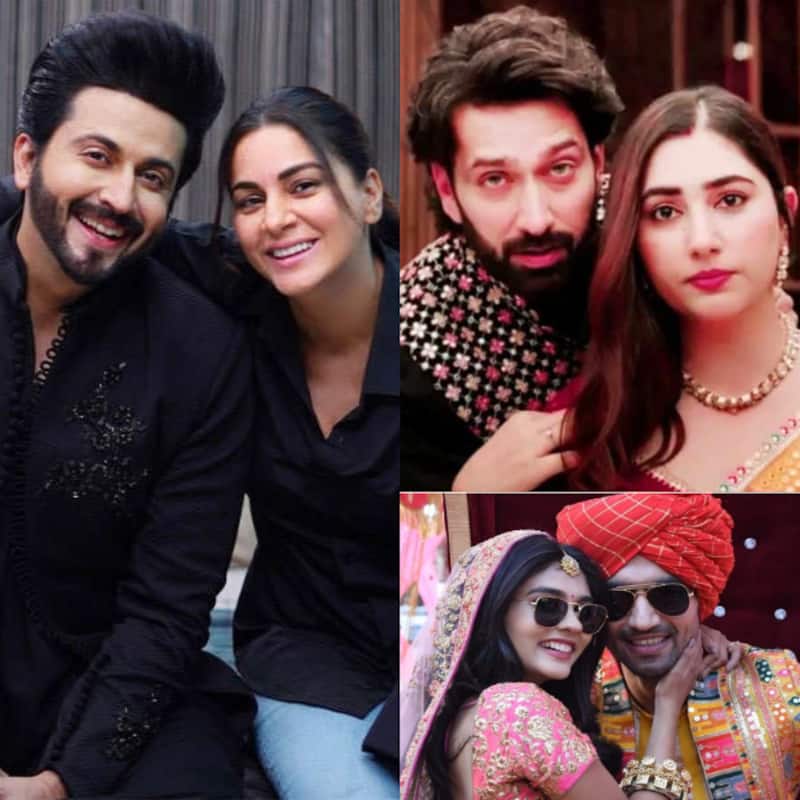 Bade Achhe Lagte Hain 2, Kundali Bhagya, Yeh Rishta Kya Kehlata Hai are some of the most popular TV shows in the country. PreeRan, RaYa, and AbhiRa are some of the most popular TV jodis that are widely adored by the masses. They have a huge fan following and the actors and actresses who play these characters also have a humungous fanbase. However, to spike up the TRPs, the makers sometimes introduce separation tracks that are quite painful to watch. And out today's poll is on the same. Also Read - Laal Singh Chaddha: Aamir Khan felt adapting Forrest Gump was like remaking Mughal-a-Azam and Mother India; asked Atul Kulkarni, 'How DARE you?'

Shraddha Arya and Dheeraj Dhoopar made for the perfect on-screen jodi, PreeRan, in Kundali Bhagya. The two have been heavily shipped together as PreeRan. Their fans were pretty disappointed when Dheeraj left the show recently. Before leaving Kundali Bhagya, Dheeraj shot for a painful separation scene in which he falls off the cliff. Also Read - Friendship Day 2022: Khatron Ke Khiladi 12's Rubina Dilaik hosts Rajiv Adatia, Sriti Jha, Nishant Bhat and others for a musical afternoon [Watch Video]

Though not really a separation, AbhiRa had a major difference between them recently. It happened due to their different opinions over Harshvardhan and Manjiri aka Vinay Jain and Ami Trivedi's relationship in Yeh Rishta Kya Kehlata Hai. Akshara had come to Goenka's house. AbhiRa aka Harshad Chopda and Pranali Rathod weren't talking (in the show) but missed each other sorely. Also Read - Raksha Bandhan: Women mob Akshay Kumar to tie rakhis as he visits artisans in Jaipur; emotional star says, 'Aapka pyaar apni kalai par...'

Imlie was initially a show about Aditya and Imlie aka Gashmeer Mahajani and Sumbul Touqeer Khan. Adilie had a huge fanbase amongst the masses. However, things changed drastically after Fahmaan Khan's entry as Aryan. Later, the story was changed to Aryan and Imlie's love story. Aditya and Imlie parted ways.

Nakuul Mehta and Disha Parmar play Ram Kapoor and Priya Sood in Bade Achhe Lagte Hain 2. Nakuul and Disha's Ram and Priya have amassed a huge fanbase with their sizzling chemistry. However, recently, they had to part ways. Fans wanted to see Disha Parmar aka Priya and Ram aka Nakuul Mehta's romance but were instead treated to a painful separation.

Rudraksh and Preesha aka Abrar Qazi and Sargun Kaur Luthra of Yeh Hai Chahatein aka RuSha is another most popular TV couple in the industry. A couple of days ago, the show took a leap in which Rudraksh and Preesha got separated. We wanted to ask y'all, which of the aforementioned couple's separation tracks hurt you the most? Vote below:

For more such polls and interesting stories about your favourite TV shows, watch out for this space.