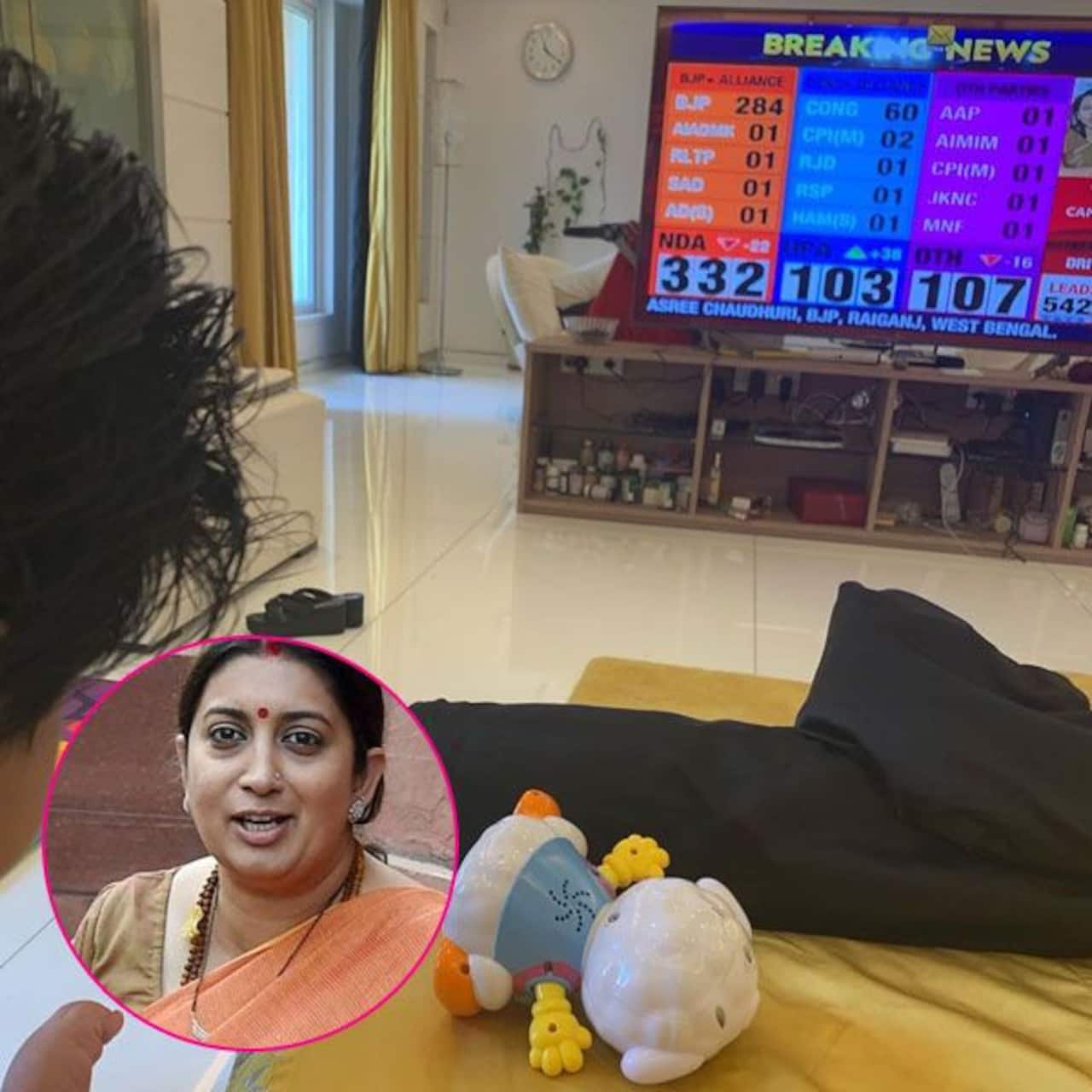 Lok Sabha Elections 2019's exit poll results will come out today and all eyes are on news channels. While the ruling party seems to be the favourite, the opposition hopes pinned at some places. Ekta Kapoor shared a picture of son Ravie sitting in front of the TV. She is watching the results for Amethi. As we know Smriti Irani is pitted against Rahul Gandhi for that seat in Uttar Pradesh. He is rooting for his maasi. We can only see Ravie's mop of hair and his hand. We have seen cute pictures of Ravie with Smriti Irani before. In January 2019, Ekta Kapoor welcomed home a baby boy. She said she could not even express how happy the arrival of Ravie in her life made her.

All eyes on #amethi we r rooting for our aunt

Smriti was one of the first guests to visit the household after the birth of the little son. The picture went viral. Smriti Irani who is known as Tulsi, her screen name to millions shares a very close bond with Ekta. Also Read - Bigg Boss 16: Has Sumbul Touqeer Khan been finalised for Naagin 7? Father spills beans

Here is another cute picture of Ekta and Smriti from what seems like Ravie's nursery. Look at their smiles. Also Read - Trending TV News Today: After Bigg Boss 16, Abdu Rozik to do the show's UK version, Shivangi Joshi shoots lavish cameo for Ekta Kapoor's project with Shalin Bhanot and more

To my soul sister! Ur one of d loveliest ppl I know ! Although I know nothing about politics I know one thing ...u stand up for wats right n fight for anyone who is marginalised by society! Also I love ur wicked sense of humour!!! ;) maasi happie bday we wait for u in bby after ur hectic months of elections n campaigning!! Lots of love duaaas n wishes from ravioli n me

Ekta Kapoor has just launched her new show on ALT Balaji, Mentalhood. It marks the debut of Karisma Kapoor in the digital space. Stay tuned to BL for more scoops and updates!