Mahabharat 15 April 2020 Episode 37 written update: Arjun upset with the decision of division of property between Pandavaas and Kauravaas

Mahabharat 15 April 2020 Episode 37 Written Update: In tonight's episode Yudhishthir shares the decision with his rest of the brothers. Initially they all get upset but still decide to support their brother. Shakuni on the other hand instigates Duryodhan to demand for the whole share in the property instead of half 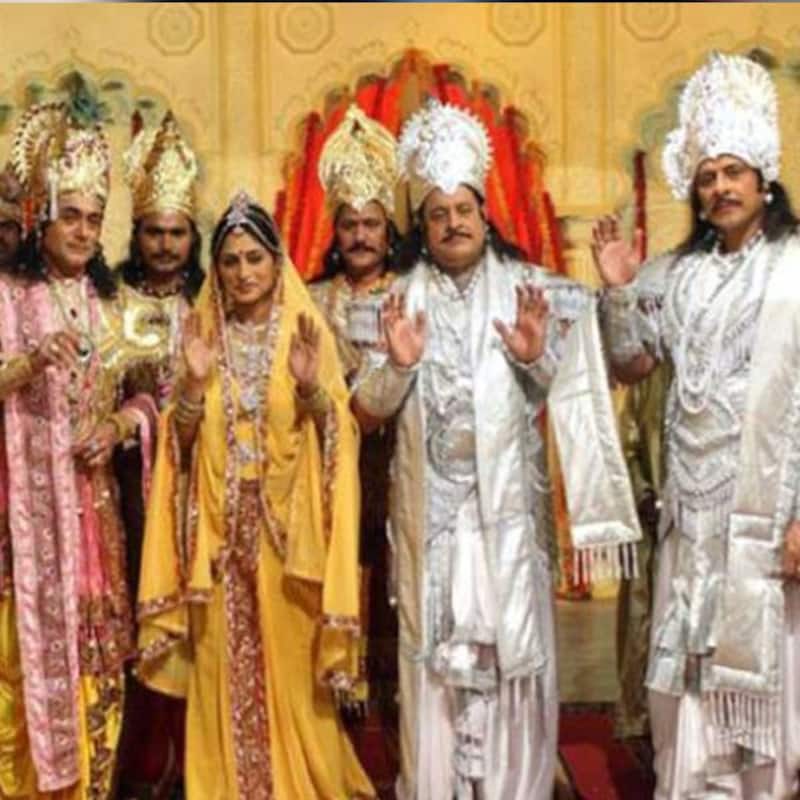 In the last episode we saw that Pandavaas come back to Hastinapur with Droupadi and Kunti. They get warm welcome. Pitamah takes decision of distributing the property and power of Hastinapur between Duryodhan and Yudhishthir. Dhritrashtra reveals the decision to Yudhishthir first as he knows that Duryodhan will never back off or understand. In tonight’s episode rest of the Pandavaas including Arjun, Bhim, Nakul and Sahdev dont agree with the decision. But Kunti gets upset with them. Lord Krishna intervenes. He takes everyone’s opinion including youngest Sahdev and Nakul. Arjun also opposes the decision as they will be asked to leave from Hastinapur for Duryodhan being stubborn. Lord Krishna tells that for their father Dhritrashtra has given them Karma Bhumi. Later on all the Pandavaas discuss among each other about the decision. Yudhishthir makes them all understand the reason behind accepting the decision given by Dhritrashtra. He also reveals that he has decided to leave Hastinapur for the well-being of Hastinapur. Yudhishthir requests his brothers to support him in the decision as Lord Krishna has told them that they will win ultimately. Also Read - Vicky Kaushal is getting bored at his first anniversary vacation with with Katrina Kaif? Watch video

He also tells them that they should take decision so that war can be avoided. Yudhishthir also doubts that Shakuni might create tiffs between Pandavaas and Kauravas which will lead to unnecessary havoc. On the other hand Dhritrashtra is still worried so he cannot sleep at night. Gandhari asks him not to be worried as he has already given the decision. He feels guilty and finds no way to come out of it. Gandhari asks him to share his worries with her but Dhritrashtra doesn’t want to bother her more. Dhritrashtra still feels that the power of Hastinapur should be in Yudhishthir’s hand and not with Duryodhan. In the mean time Shakuni is shown playing the game while thinking about his next plan. Duryodhan and Dushhasana enter the room. They asks Shakuni about the reason of worry when Pandavaas have been allotted half of the property. But Shakuni grabs the chance to instigate Duryodhan more by reminding him that they should get complete property and not half. Also Read - Mouni Roy and Suraj Nambiar attend the Argentina Vs Netherlands FIFA World Cup match; share moments from Maradona exhibition [View Pics]

In the night Arjun is shown practicing archery. Pitamah Bhishm arrives there. He stops Arjun as he knows that Arjun is upset with the decision. Arjun confronts Bhishm for supporting Dhritrashtra in the decision. Pitamah explains him that it is for the well being of Hastinapur. He also explains further that he is also very much hurt but the decision is taken for the state and not for the emperors. Next day morning Pitamah shares with his ministers that every great worrier for the coronation of Yudhishthir. By then Vidur comes there. He shares the issue that Duryodhan has now as Shakuni has instigated him to get complete hold on property. Lord Krishna arrives there. He tells Pitamah that he has decided to leave for Khandarprasta. He also feels that Balram might stay back in Hastinapur as he is enjoying Duryodhan’s company. Duryodhan tries to trick Balram against Pandavaas and asks Balram to stay with them and teach them some more Vidyas. Balram agrees for the same. Stay tuned to find out what happens next.