Mahabharat 18 April 2020 Episode 43 update: In today's episode everyone arrives at Indraprastha as Yudhishthir invites them for the Rajsurya Yagya. After the Yagya is performed, Yudhishthir along with all the respective people arrive at the court. Lord Krishna is declared as the guide for Yudhishthir. But Shishupal enters the court and starts insulting Lord Krishna along with Kunti, Pitamah Bhishm. Lord Krishna pardons him till his 100th offense but as soon as he crosses the limit, Vasudev beheads Shishupal with Sudarshan Chakra 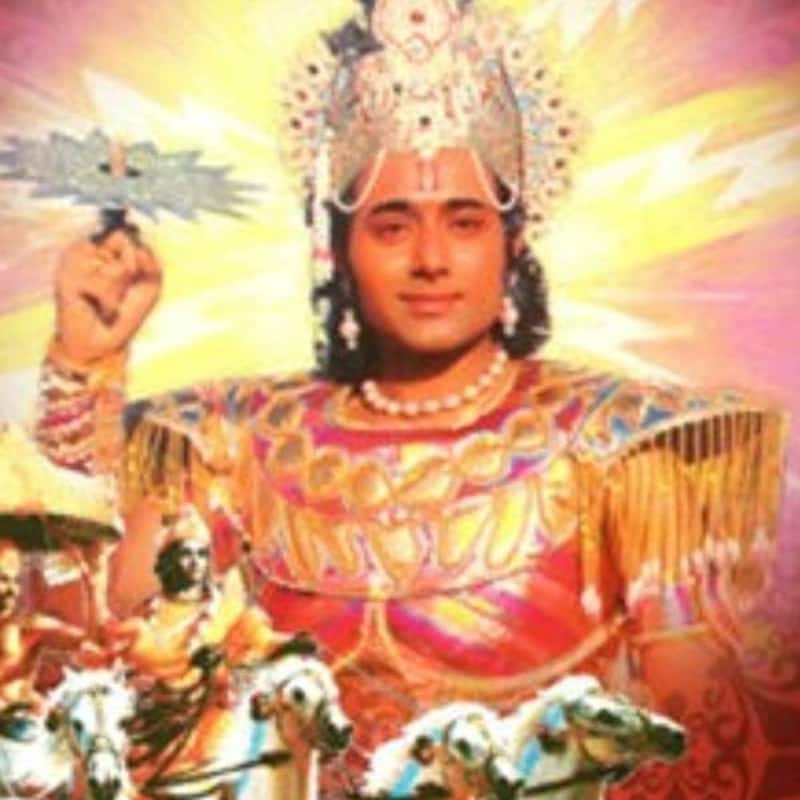 In the last episode we saw that Bhim eventually kills Jarasandh on Lord Krishna’s instructions. Lord Krishna and Pandavaas then rescue all the Kings whom Jarasandh had imprisoned. Lord Krishna also declares Jarasandh’s son to be the next King of Magadh. Next all Pandavaas go for Vijay Yatra and make friendly relations with nearby empire Kings. Later almost all the Kings in the friend circle are invited for the Raj Surya Yagya to be undertaken by Yudhisthir. Shishupal is also one of them. There is a background about Shishupal’s birth and how his death was pre-decided by Lord Krishna immediately after his birth. Everyone including Pitamah Bhishm, Lord Krishna along with his elder brother Balram also arrive at Indraprastha for the Raj Surya Yagya. Shishupal is also shown heading towards Indraprastha. Today’s episode begins with Yudhishthir and Dropadi performing the rituals for the Raj Surya Yagya along with rest of the Pandavaas. Everyone from Hastinpur including Duryodhana, Karna, Shakuni, Dhritrashtra are present for the same. Afterwards Dhritrashtra is taken to the court. Also Read - Brahmastra to Mahabharat; upcoming trilogies in Bollywood that promise to shatter box office records [Watch Video]

Lord Krishna along with Balram followed by Shakuni, Duryodhana and Karna also appear in the court. Duryodhana seems to be very jealous and disappointed to see the success of Ydhishthir. Arjun welcomes all the guests which also includes King Jayadrat, King Dhrupad, Guruvar Dronachrya and Kripacharya too. Host Yudhishthir, Pitamah Bhishm along with Kunti, Droupadi and Subhadra also arrive at the court. Except Kuravaas, everyone seems to be happy about the success of Yudhishthir in Indraprastha. Yudhisthir welcomes and respects all the guests and his elders. He also expresses gratitude about his teachers and elders for their guidance. Kunti gets into tears as she knows that her another son Karna is also present in the court but she cannot see him as the King. Pitamah Bhishm praises Yudhishthir and also Lord Krishna for his support and guidance to Pandavaas. Also Read - Mahabharat: Akshay Kumar, Ranveer Singh and more; fans want to see these top stars in Firoz Nadiadwala's Rs 700 crore Pan-World film

Also Read - Ajay Devgn, Akshay Kumar, Ranveer Singh in Mahabharat; multi-starrer film to be made in 5D at this whopping budget?

Later on Yudhishthir’s coronation takes place by Pitamah Bhishm himself. Everyone hails for Chakravarti Emperor Yushishthir. Yudhishthir also expresses gratitude towards all the elders like Devarshi Vyas, Dronacharya, Kripacharya, Pitamah Bhishm, his brothers and Lord Krishna. He takes oath that he will always be honest to his nation and people. He also clears that Shishupal’s son Mahipal will be crowned as the King of Chety. Later on everyone takes meal. Devarshi Vyas comes there. He says that he wanted to see everyone together as in future he doesn’t know when all of them will be together again. Pitamah Bhishm wonders about it. Maharshi Vyas takes their leave then. Dhritrashtra also gets worried about it. Kunti requests all the elders to bless her elder son Yushishthir so that he will be the successful King of the world. Duryodhana asks his father Dhritrashtra to clear to all that he has powers of Indraprastha too. Yudhishthir agrees for the same. He also gets some knowledge and guidance from his uncle Vidur.

Vidur asks Yudhishthir to be alert and have control over his staff. Yudhishthir seeks for more guidance but Vidur gives him an advice of forgiving people if he wants to avoid war with the enemies. While Vidur explains further, he taunts Duryodhana which makes Duryodhanatoo furious as he is already jealous with Yudhishthir. Stay tuned for more updates about the show.