Of late, we have seen a few TV personalities who have washed their dirty linen in public and the stars in question are- Mohit Abrol, Manish Naggdev and Neha Kakkar.

Celebrities generally tend to avoid talking about their personal life in public. Being constantly under the media glare, it becomes difficult for them to keep their personal- life guarded. However, a lot of Bollywood and TV personalities make sure to not divulge any detail and only talk about their professional life. No matter how badly the media tries to get scoops, celebs play different cards to avoid questions pertaining to their personal life. It's only once in a blue moon when we witness any star talking about their relationships without any hesitation. And once they decide to spill the beans, they do it from their heart. Be it regarding their failed relationship, marriage or divorce, some celebrities like to keep things crystal-clear. Also Read - Karan Mehra-Nisha Rawal, Neha Kakkar-Himansh Kohli, Sana Khan-Melvin Louis – 13 celeb couples who had an UGLY break up – view pics

Of late, we have seen a few TV personalities who have washed their dirty linen in public. Check out some such (un)popular instances... Also Read - Trending Tunes: Jubin Nautiyal rules the list with his tracks Toh Aagaye Hum, Bewafa Tera Masoom Chehra and others

Mohit Abrol on his break-up with Mansi Srivastava 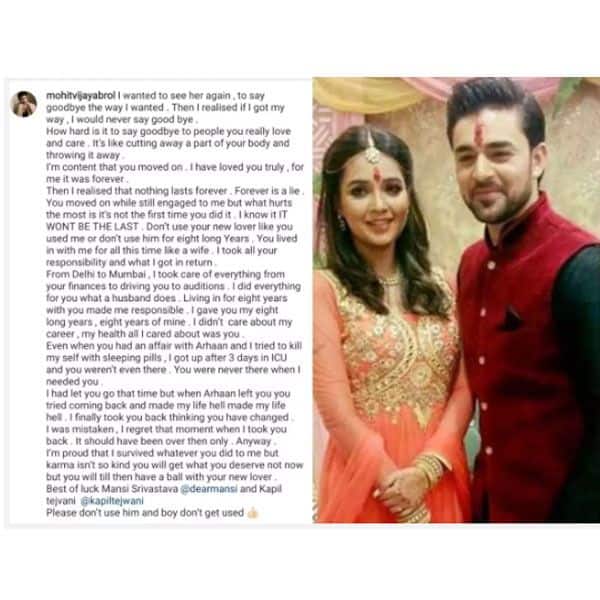 On Monday, Mohit Abrol made shocking revelations about his ex Mansi Srivastava in an open letter. The actor was in a relationship with the Ishqbaaaz actress for the longest time and they even exchanged rings. But as fate had it, their relationship did not work. Mansi casually spoke about their break-up in public while Mohit remained mum until recently. In an open letter that he shared on Instagram, Mohit Abrol accused the Divya Drishti actress of cheating on him with her Do Dil Bandhe Ek Dor Se co-star Arhan Behll, and of 'using' him for 8 long years.

Manish Naggdev opens up about his split with Srishty Rode

It’s ok to vent it out. I hope all your questions have been answered with this. #stop

Manish Naggdev and Srishty Rode were already engaged while the actress participated in Bigg Boss last year. Soon after her exit from the controversial reality, their relationship hit the rock bottom as Srishty decided to call it quits. Srishty's growing fondness for her Bigg Boss housemate Rohit Suchanti was touted to be the reason behind her fallout with Manish. The couple was all set to tie the knot after Srishty's reality show stint, but destiny had some other plans.

Till date, Srishty Rode hasn't opened up about their breakup, but her ex Manish Naggdev let everything out recently. He cleared the fact that Rohit wasn't the reason behind their fallout and said, "I was still unsure until recently about the status of my relationship with my partner. But what can I do? She hadn’t given me a proper closure after a 4-year relationship in which I involved her in every aspect of my life, family and my personal career. She had broken up with me over a phone call and when I had asked her if we could talk about it face to face she replied saying 'I am at the peak of my career, I don’t wish to be in this relationship anymore and as it is I am detached, what is left to talk about?'" 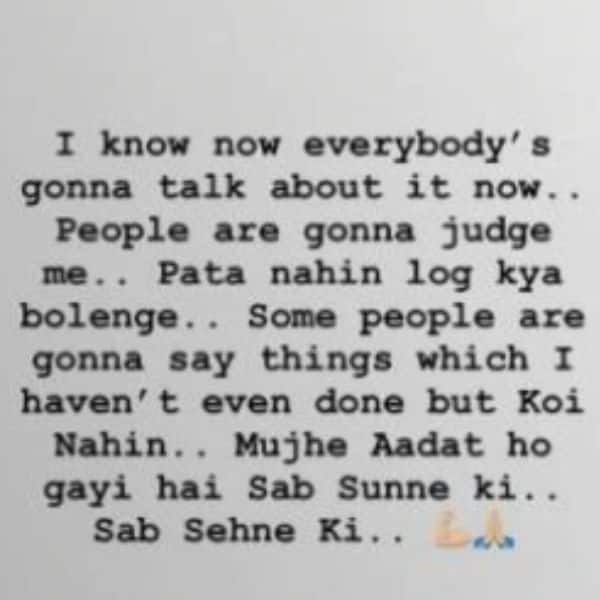 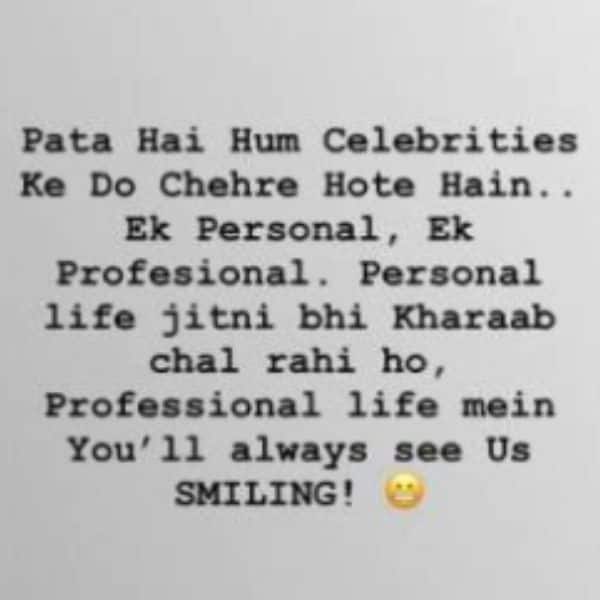 It all started when singer Neha Kakkar unfollowed Himansh Kohli on Instagram. Days after rumours about their break-up made headlines, Neha posted cryptic messages on her Instagram stories which in a way confirmed the news reports. Neha vented out her feeling on social media writing, "I know I'm a celeb..I'm not supposed to write all this.. but I'm a human being too... and aaj kuch zyaada hi toot gayi, isliye couldn't control my feelings." The singer went on to share a series of notes on social media and later gave a full-fledged interview to share the things that went wrong between them.

Keep following this space for all the latest updates from the world of entertainment...