Aditya Redij and Natasha Sharma are going to be mom and dad soon. The lady has shared some lovely moments from the baby shower function 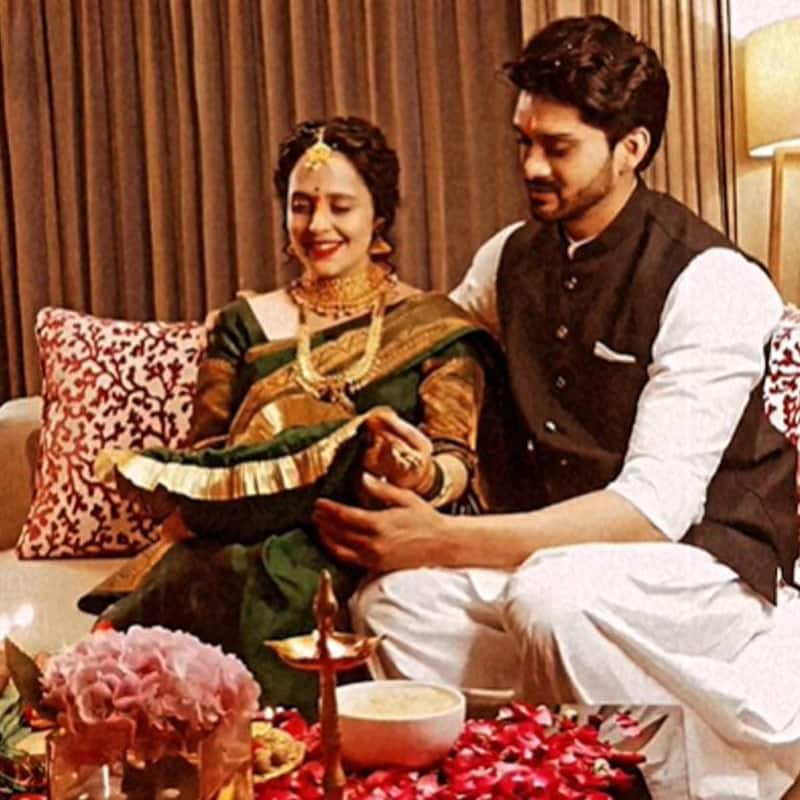 Na Aana Is Des Laado actor Aditya Redij who was last seen on Bawara Dil and Natasha Sharma are doing to be parents soon. This is the couple's first child. Natasha Sharma has been keeping fans posted about her pregnancy. They had their Godh Bharai ceremony outside. Natasha Sharma can be seen in a green silk saree with traditional jewellery. She tied her hair in a bun and wore flowers. Natasha Sharma has shared pics with her parents, in-laws and siblings from the function. Aditya Redij is now doing a show. He chose a traditional kurta for this special moment. Also Read - Shehnaaz Gill FINALLY reacts to finding love after Sidharth Shukla; says, 'Ab main hyper ho jaungi' on affair rumours with Raghav Juyal

Aditya Redij told Hindustan Times that he always adored kids and he is super excited to have a baby of his own. He says now they will have a permanent member who will need complete attention. Aditya Redij and Natasha Sharma are excited for the new phase of their lives. It seems the baby was not a planned one. Aditya Redij said that somethings cannot be planned, they happen when they're destined to happen. Also Read - Priyanka Chopra to Mahira Khan; Actresses who were caught smoking in public and were judged, trolled and branded

The couple had been married for eight long years, but reveal they did not consciously plan not to have children. He says he left it to fate and God. But he said that living in Mumbai is a struggle financially. Aditya Redij said it takes time to be solvent enough to support a family. He told Hindustan Times that now he can take responsibility of a child. Also Read - Karthikeya 2 Hindi success gets Nikhil Siddhartha in Prabhas, Jr NTR, and others' league as pan-India star