Pratha (Tejasswi Prakash) shows off her real roop of Sarvashreshth Shesh Naagin and saves her elder sister Mahek (Mahekk Chahal) from the clutches of Saperas hired by Asur (Bakul Thakkar). 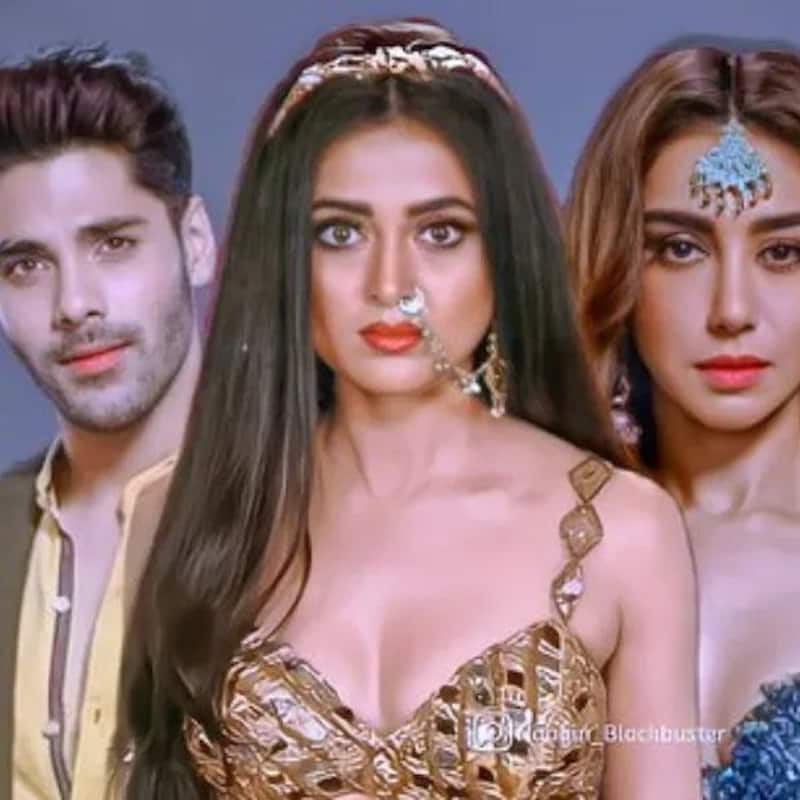 Today episode of Naagin 6 starts with Pratha (Tejasswi Prakash) showing off her real roop of Sarvashreshth Shesh Naagin. She looks fierce and dreading. She saves her elder sister Mahek (Mahekk Chahal) from the clutches of Saperas hired by Asur (Bakul Thakkar). Pratha tells Asur that she is here to kill him since he has been betraying his own country. Asur tries to fight back but he is now match for Pratha and her supernatural powers. She grabs him by her tail and slams him hard on the ground. Asur pleads for mercy but all in vain. Here, Rishabh (Simba Nagpal) gets anxious while looking for his father in the jungle. Also Read - Paisa Paisa beauty Nia Sharma opens up on making news frequently; says, 'I think I have done enough...'

Seema Gujral (Sudha Chandran) gets worried as Bakul fails to appear at the wedding. Rishabh finally gives up his search thinking Mayank, ex fiancee of Pratha, must have lied to him about his father and leaves the jungle. Pratha makes the Asur unconscious after gathering strength from Lord Shiva. Pratha then recites Mahamrityunjaya Mantra to bring her elder sister Mahek back to consciousness. Mahek thanks Pratha for saving her life by trading all her powers that too on chaturdashi when the moon is red and Naagin is weak. Mahek remind Pratha that she was the chosen one to kill Asurs and save this country from evil forces. Pratha and Mahek then decide to go back to the wedding and push the Asur into the pit, hoping to come back and kill him later. Also Read - TRP Report Week 25: Anupamaa TRUMPS; Naagin 6, Kundali Bhagya maintain positions; Ghum Hai Kisikey Pyaar Meiin dips further [Top 5 TV shows]

Here's Rishabh gets worried for his father. His mother asks him not to stress about it. She thinks if Rishabh gets to know that his father is betraying his own country, he would turn against him. Rishabh keeps looking for Pratha in her room but he finds something suspicious when she doesn't open the door. Meanwhile, Pratha struggles to walk as the red moon burns her skin since she has already used all her strength to revive Mahek. A girl spots Pratha and Mahek in their half-Naagin avatar but is unsure of what she has seen. Also Read - Trending Hollywood News Today: Tejasswi Prakash reveals she’s a BTS fan, Nick Jonas attempts belly dancing with Shakira and more

As Rishabh breaks into Pratha's room, she quickly enters from the other side wearing a red saree and surprises everyone. The girl comes tries to explain that she has seen something weird outside the house. Mahek comes to Pratha's rescue and creates a distraction saying that it was the dog who was injured. Pratha somehow dodges Rishabh, Seema and others from revealing her Naagin avatar.

Rishabh and Ritesh (Abhishek Verma) are being restless to get married. Mahekk informs the security guards to keep an eye on trespassers. Rishabh mistakenly puts the shoes in Pratha's foot. Pratha and Mahekk's mother (Urvashi Dholakia) teases Rishabh that he is unable to recognise his own bride. Ritesh then comes forward and leads Pratha to the mandap by holding her hand.

Lalit's mother gets worried about his whereabouts. She asks Seema to give her the phone. She dials Lalit. But his phone is with Mahekk. She then transforms her voice and speaks to Dadi that he is stuck since a lockdown is in place and he has to finish an urgent meeting. She then asks Dadi to begin with the wedding processions by assuring that he will be there in some time.