Naagin 6, May 21, Written Updates: Pratha tries to find the connection between Seema, Nevla and Chanda maa

Pratha and Mehek try to decode the mystery of Bannu who is trying to save Reynaksh aka Nevla and his connection with Seema and Chanda maa who always gets fightened upon hearing his name. 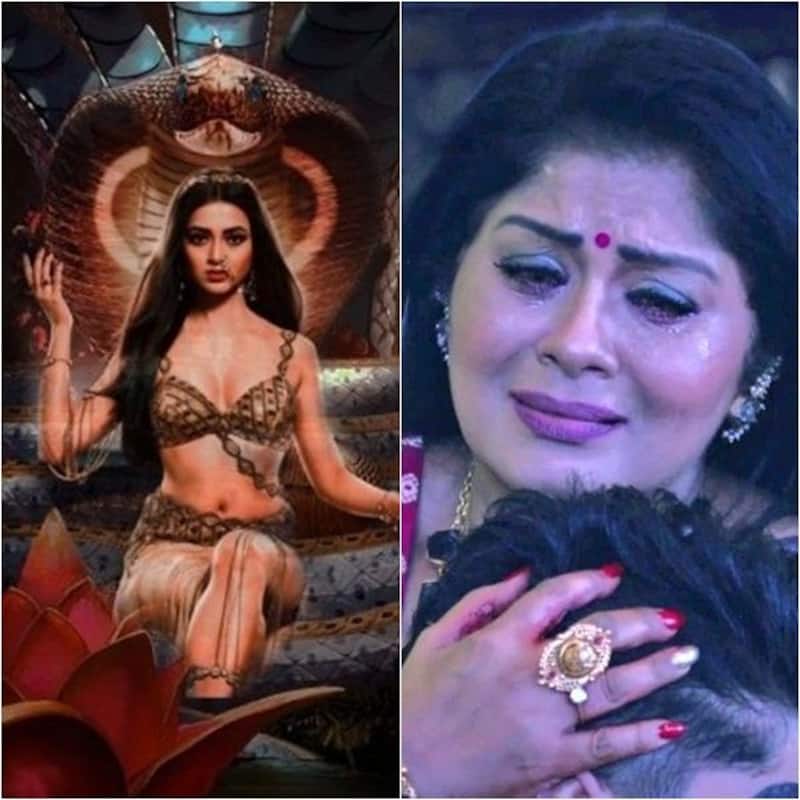 As Nevla tries to walk away with Chanda maa, Mehek tries to stop him. Here, Rishabh threatens to leave Pratha if she is wrong about Rehan. Pratha then challenges Reynaksh and traps him up inside a circle made out of Lord Shiva's trishuls. Pratha then takes the Shesh Naagin avatar and stabs Reynaksh with a trishul. Also Read - Paisa Paisa beauty Nia Sharma opens up on making news frequently; says, 'I think I have done enough...'

Pratha then informs Seema that she has killed Nevla in the Ujjain temple and she has brought Chanda maa back home safely. Seema gets agitated. She attacks Pratha with a knife but she fights back. Pratha asks Seema why is she in so much pain which she didn't even feel while pushing her own husband off the roof. Also Read - TRP Report Week 25: Anupamaa TRUMPS; Naagin 6, Kundali Bhagya maintain positions; Ghum Hai Kisikey Pyaar Meiin dips further [Top 5 TV shows]

Seema reaches the Ujjain temple to look for Reynaksh. She calls Bannu for help. Bannu orders an army of mongooses to bring something. They come up with a small snake, Bannu extracts the poison from the snake and make Reynaksh drink it, which brings him back to life. Also Read - Jhalak Dikhhla Jaa 10: Pearl V Puri to make his reality TV debut with the dance show?

Chanda maa keeps calling Bannu's name in her sleep. Pratha and Mehek wonder who Bannu is, since Chanda maa always gets frightened. Pratha and Mehek try to decode the mystery of Bannu who is trying to save Reynaksh akka Nevla. Meanwhile, Seema reveals her biggest secret that Nevla is her real son, whom she had kept hidden from the world. Seema doesn't want Shesh Naagin to know the Nevla is her son, otherwise she will not leave him alive.

Here, Samaira tells Pratha that she wants to leave the house. But Pratha asks Samaira to fight this battle since there are a lot of women across the world who are tolerating domestic violence behind closed doors. Pratha assures Samaira that she fully supports her and she is also the witness to Rehan's violence against her.

Rehan admits to police officer Vijay that he has beaten up his wife Samaira. Vijay slaps him across his face. Rehan then incites Vijay by trash talking about Hina aka Mehek since Vijay loves her. Vijay then beats the hell out of Rehan in the lock up. Rishabh arrives at that moment and reprimands Vijay for his actions. Rishabh then dials up Commissioner of Police and complains about Vijay beating up innocent victims inside the jail.

Rishabh then comes home and reprimands Hina for turning everyone against Rehan. Pratha gets into a heated argument with Rishabh as he asks Hina to leave the house. Pratha argues that women never get accepted by their in-laws after marriage and questions why would Samaira lie about Rehan. But Rishabh refuses to hear ill things about his brother Rehan and no other family member would accept domestic violence allegations against him. However, his sisters extend their support to Samaira reasoning that they have never been treated equally as their brothers.

Meanwhile, Rehan returns home after getting released from the jail. Rishabh and other family members side with Rehan and they get ready for a celebration. Samaira wants to leave with her mother but Pratha insists her to stay back for some more time. Pratha is determined that Rehan will again do something obnoxious.

Later, Pratha tips over the table. A concerned Rishabh quickly runs to her help and massages her foot. Pratha feels loved and cared by Rishabh. He then asks Pratha why is she siding with Samaira. To which, Pratha replies that she is siding with the truth even if she has to go against her own family members.

As Rishabh falls asleep, Pratha sneaks away from home and reaches the venue where Rehan has thrown a private party for his friends. Rehan is seen approaching a hot girl who gatecrashes his party and asks her if he can buy her a drink. She happily agrees.