Naagin 6: Oh NO! Sudha Chandran's character to come to an end in Tejasswi Prakash-Simba Nagpal starrer?

Naagin 6: Sudha Chandran's character Seema in Tejasswi Prakash and Simba Nagpal starrer serpentine revenge drama to come to an end? Here's what Sudha Chandran has to say about Seema's future in Naagin 6... 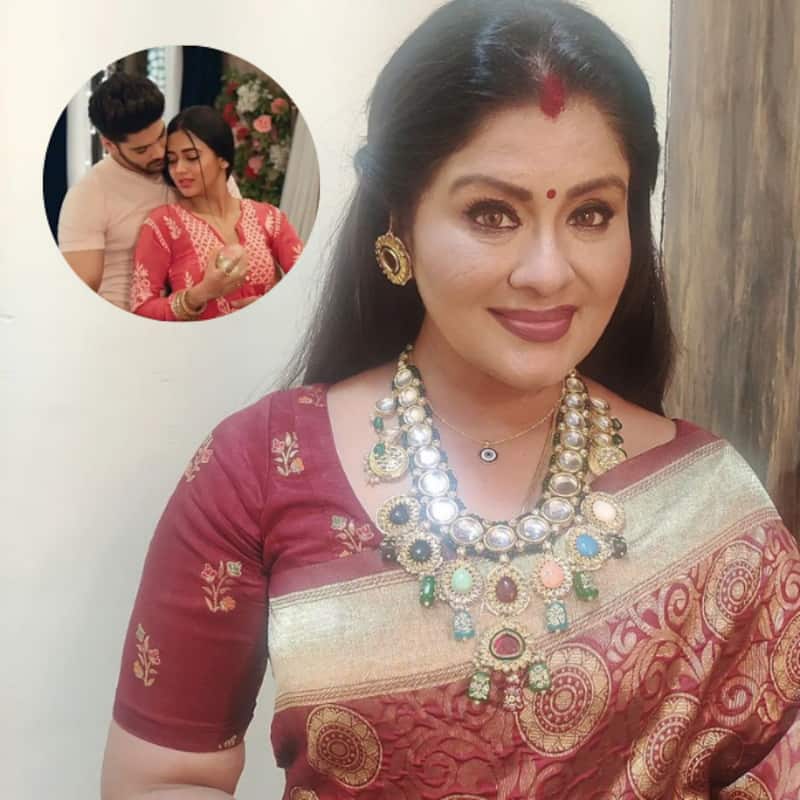 Naagin 6: Sudha Chandran aka Seema's character to come to an end in the Tejasswi Prakash and Simba Nagpal starrer TV show? In the latest episodes of Naagin 6, we saw Sudha's character Seema being revealed as the seventh Asur. She is one of the masterminds in bringing doom to the country. Pratha aka Tejasswi Prakash caught her red-handed while trying to hurt Rishabh aka Simba Nagpal. It is also revealed that Rishabh is not her real son. Also Read - Trending Hollywood News Today: Lindsay Lohan sparks marriage rumours; Jungkook and Charlie Puth in a BL relationship and more

Until now, Seema treated Rishabh very well. She played the doting mother to Rishabh and Ritesh both. Seema was shown to be under the control of her husband, Lalit. However, eventually, it was revealed that she is indeed one of the conspirators in the story. When Pratha aka Tejasswi Prakash got married to Rishabh aka Simba Nagpal, she got a Sheshnaag Ki Kitaab in which it was revealed that the seventh conspirator will change everything. And Seema is revealed to be the seventh conspirator. Now, the buzz is that Seema's character will come to an end. Also Read - Trending Entertainment News Today: Kaali's poster with a Goddess smoking draws flak, Top Bollywood actress having trouble adjusting with in-laws and more

Sudhan Chandran opened up on her character's future in Naagin 6. She revealed that she is not aware as of yet and said that there are major changes. "Well, as of now, I know that my character will end up in a coma, but it is quite early to say what other changes will come my way and in the serial," Sudha told TellyChakkar. Also Read - Bigg Boss OTT 2: Ranveer Singh will NOT replace Karan Johar as the host of the web series of controversial reality show

Meanwhile, Zeeshan Khan has entered Naagin 6 as Renaksh. He was brought by Seema to stop Pratha from reaching the Amrit Kalash. Elsewhere, Rishabh and Pratha's relationship is growing with more twists. Pratha tells the family members that Rehan assaulted Samaira. But nobody believes her. Radha drinks poison and collapses. Rishabh tells Pratha that if her allegations are proven false and if anything happens to Radha, he will divorce her.