Here is a look at TV's newsmakers of the week

Another week has rolled by and it's time to recap all the major happenings in the world of TV. It was a very eventful week. Fans of Kareena Kapoor Khan who always wanted to see her on TV will finally have their wish fulfilled as she is coming as star judge on Dance India Dance. Ek Deewana Tha hunk Namik Paul also made news with his reported comeback with Balaji Telefilms. Here is a quick overview... Also Read - BTS: Taehyung and Jungkook grooving on Kareena Kapoor Khan and Arjun Kapoor's High Heels is a treat for all TAEKOOK stans [VIDEO]

Kareena Kapoor Khan
It is confirmed! Kareena Kapoor Khan is making her TV debut with Dance India Dance. She will be the star judge on the show. Earlier, it was being said that Saif Ali Khan and she would judge Nach Baliye 9 but that's not happening. Host Dheeraj Dhoopar confirmed it saying that he was glad to be working with one of the most stunning women around. He told Pinkvilla, "Totally excited and yes, she is one of the most beautiful and stunning ladies we have. Standing in front of her and hosting is a different excitement. I am looking forward to being on that stage, looking at her and saying a few things. Sharing stage with her would be one of the many things I am electrified about."

Namik Paul
Fans of the tall and handsome hunk were waiting patiently for his comeback on TV. He was last seen on the show, Ek Deewana Tha. The news came out that Namik was roped in for Kasautii Zindagi Kay 2 opposite Erica Fernandes aka Prerna after we see the separation of Anurag (Parth Samthaan) and her. Namik told IMWBuzz, "I wanted to take up something based on human relations. Such shows are more relatable. When you do something supernatural or even a mythological, the VFX is the talking point and the larger than life scale becomes the selling point. I wanted to do something where the story and characters are the selling point. That was what I was hoping to get. And thankfully I have got one with Kasautii Zindagii Kay." Now, reports suggest that he has been finalised as the male lead for Kavach 2 that has Deepika Singh in the lead role.

Wishing all of you and your loved ones lots of Love, Happiness and Light ✨ Happy Diwali ?❤️ PS-Spare me button police ??‍♂️??‍♀️

Meghna Naidu
The lady came out and revealed that she has been married to Portuguese tennis player Luis Miguel Reis for two years now. She told a paper that she got married to him in 2016 after six years of dating. It seemed it was a hurried wedding at an Ayyappa Temple in Mumbai. They got married on her mom's birthday. She spends her time between Dubai, Portugal and Mumbai. It seems common passions like tennis and travelling gelled them together.

Parul Chauhan
Parul Chauhan has declared that she will be exiting Yeh Rishta Kya Kehlata Hai soon. She plays the role of Swarna on the show. It seems Parul was uncomfortable about the idea of playing the role of a grandmother on the show. She told the maker, Rajan Shahi about her reservations and he agreed. She has been enjoying her time off post her wedding. 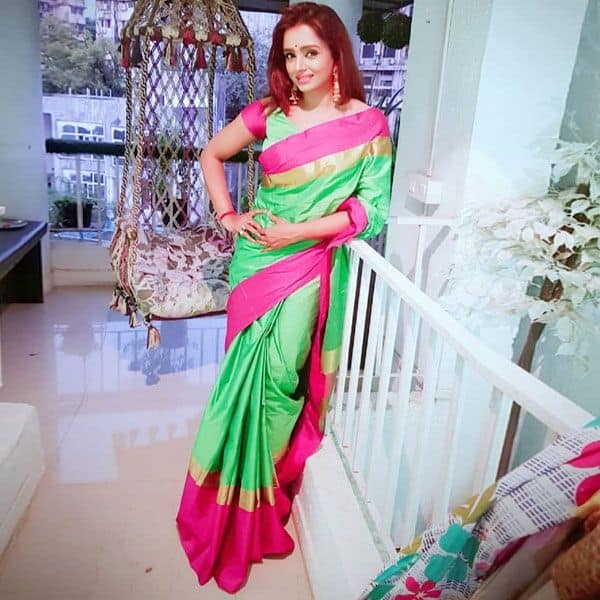 Kiku Sharda
Rumours floated that Alia Bhatt was upset with Kiku Sharda's jokes on The Kapil Sharma Show. However, he denied all that saying, "This is just a rumour. She has enjoyed a lot on the show. I have no idea how this rumour started, but if you watch the episode, you will see how much she has enjoyed on the show." He further said that she was a very sporting person.