Nora Fatehi slammed for making her security hold her saree in heavy rain while she walks to her vanity; ‘Yeh kahin ki maharani hai’

Nora Fatehi once again faces the wrath on social media for her modern slavery. The actress was seen making her security guard pick up her saree in the heavy rain while she walks to her vanity. 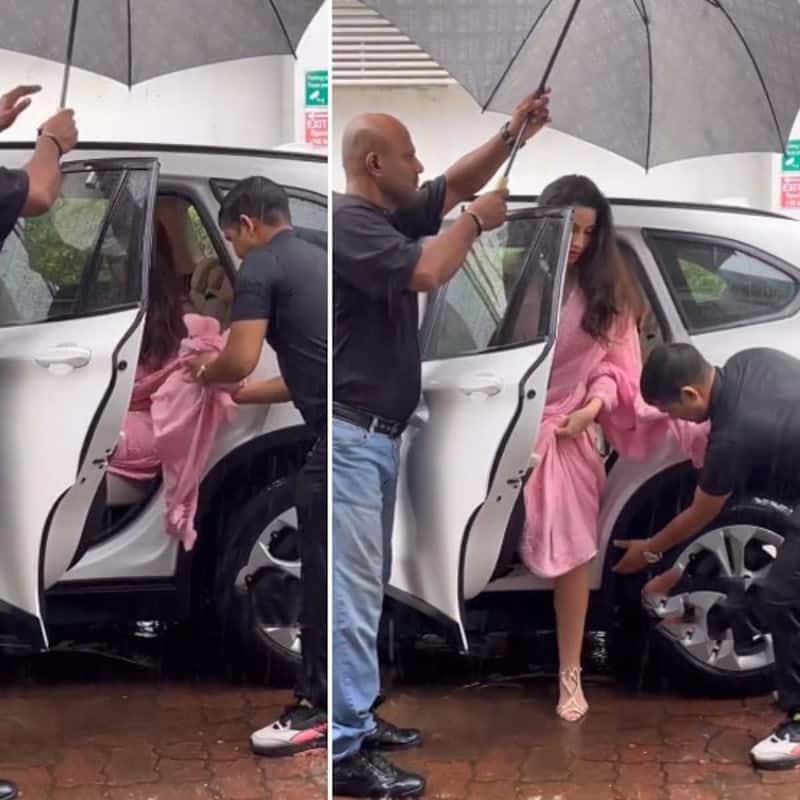 Nora Fatehi was seen making her way in the heavy rains as she is a co-judge of the dance reality show Dance Deewane Juniors along with Neetu Kapoor. While Nora who was seen struggling in the rain with her attire took help from her security guard. The guard in the video is seen helping Nora by picking up her saree as she makes her way to her vanity. The netizens are strongly slamming the actress and asking whether she is a maharani and are having pity on the security guy as he was drenched in the rain to save her saree.
Take a look at how brutally the girl is getting trolled for making her security man hold her saree in the rain while she walks towards her vanity.

One user pitted the guy and wrote, " The poor persona have always a courage to have a backup of the rich person. Hatts off to the guy." Another user mentioned, " Can't they afford to take big umbrella or make a shield?". The third user said, " I hope the man who brought her in got dried off ? Hope he is ok too?" That poor guy is so drenched to save her designer saree and to not get wet and reveal her cleavage which she eventually does on purpose.." said another user. Some netizens are protesting against this kind of slavery even in this era and we cannot agree more. Also Read - Urfi Javed apologises to Chahatt Khanna for dragging her divorce in their nasty fight: 'It was low of me to comment' 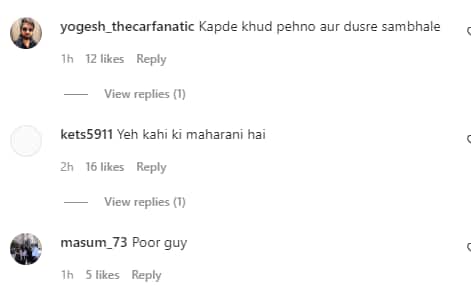 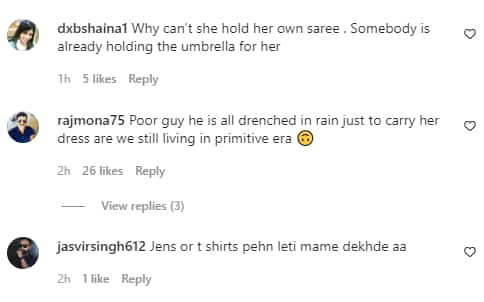 Well this isn't the first time Nora was trolled. Earlier she was picked by the netizens for her walk and asked if she is trained from Malaika Arora for the same. Nora was last seen in Bhuj: The Pride, her acting skills was appreciated by the audience however the film failed to make a mark
Also Read - Trending South News Today: Jr NTR’s Hollywood debut, Tamannaah Bhatia's gesture wins hearts, Karthikeya 2 Hindi version shows fantastic growth and more
Advertisement
Stay tuned to BollywoodLife for the latest scoops and updates from Bollywood, Hollywood, South, TV and Web-Series.
Click to join us on Facebook, Twitter, Youtube and Instagram.
Also follow us on Facebook Messenger for latest updates.
Advertisement