Pandya Store's Raavi aka Alice Kaushik is one helluva pretty and popular actress. She and her on-screen husband Kanwar Dhillon both, enjoy massive popularity online. Alice shared a BTS video from the sets which is going viral. Alice Kaushik has turned into Manjulika. Check it out here: 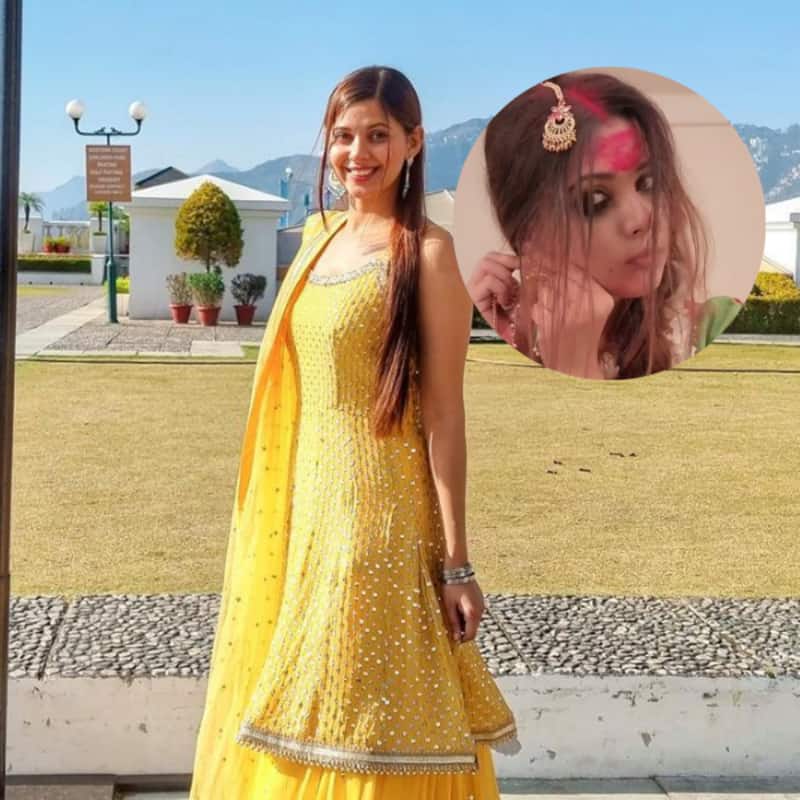 Pandya Store is one of the most loved TV shows in Indian TV shows. It stars Shiny Doshi, Kinshuk Mahajan, Kanwar Dhillon, Alice Kaushik, Akshay Kharodia, Simran Budharup and Mohit Verma to name a few. Out of the cast members of Pandya Store, Kanwar Dhillon and Alice Kaushik are widely shipped amongst the masses. Alice and Kanwar play Raavi and Shiva in Pandya Store. Alice enjoys huge popularity online for her character. She recently took to her Instagram handle and posted a video which has been going viral. Also Read - Aishwarya Sharma of Ghum Hai Kisikey Pyaar Meiin, Sudhanshu Pandey of Anupamaa and more TV stars who suffered online hate for their reel-life characters

Alice Kaushik shared a video in which she is seen doing the makeup as that of Vidya Balan from Bhool Bhulaiyaa. Not the pretty one, but the one in her Manjulika form. Alice is seen applying Kajal which is smeared under her eyes. Alice looks pretty scary in the makeup but her cuteness overpowers, per her fans. The music of Kiara Advani's Manjulika scare from Kartik Aaryan's Bhool Bhulaiyaa 2 is played on the video. Alice captioned the video, saying, "Sajna hai mujhe sajna ke liye." In her post, Alice Kaushik wrote, "Saajan Saajan teri dulhan tujhko pukaare aaajaaa." Check out the video here: Also Read - Pandya Store: Fans of Kanwar Dhillon and Alice Kaushik demand presence of their faves on Ravivaar with Star Parivaar, say we are bored of old faces [Read Tweets]

Rather than being scared of her look, Alice Kaushik's fans are finding her makeup and get-up quite cute. A lot of her fans have commented on her post saying that they find her cute in the Manjulika get-up too. They cannot stop adoring her in that scary makeup. Check out their comments here: Also Read - Before Pandya Store fame Simran Budharup, THESE celebs received rape and death threats on social media for shocking reasons 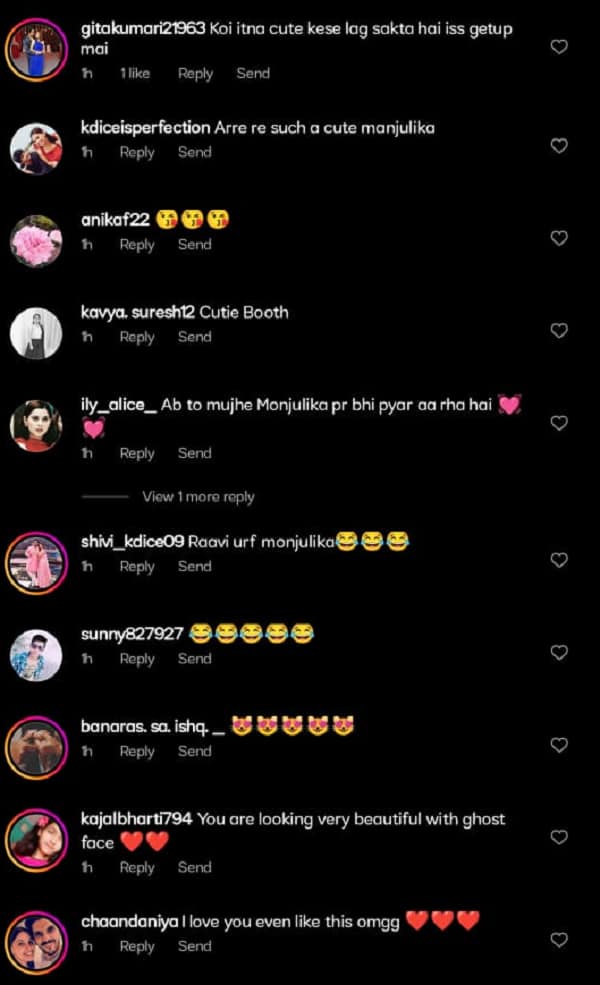 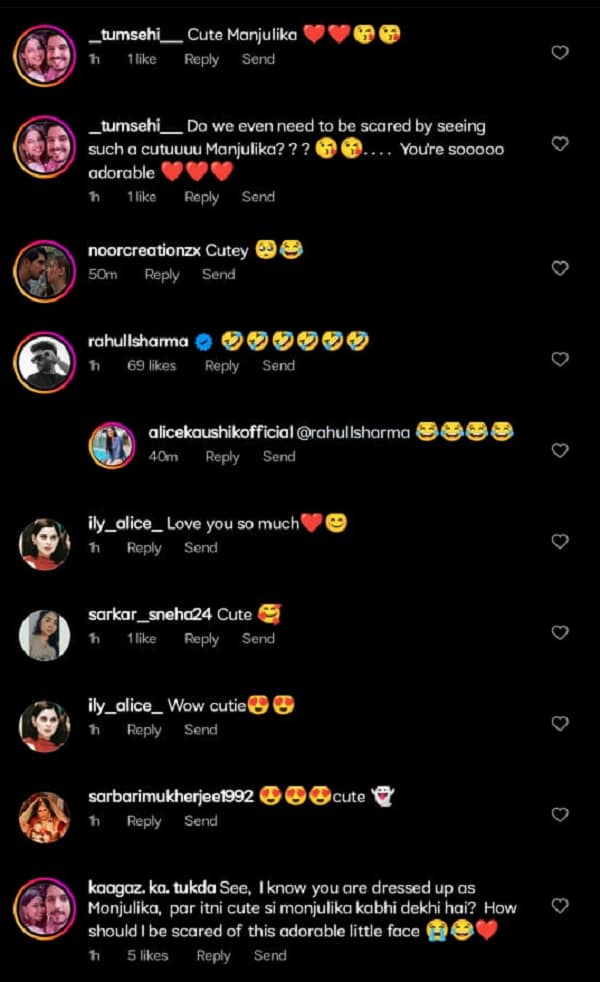 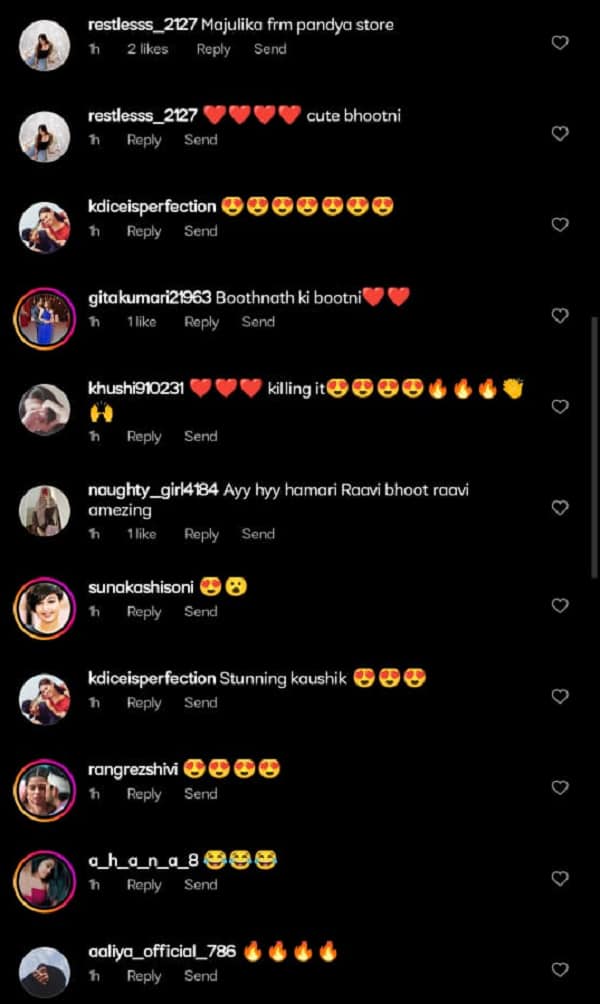 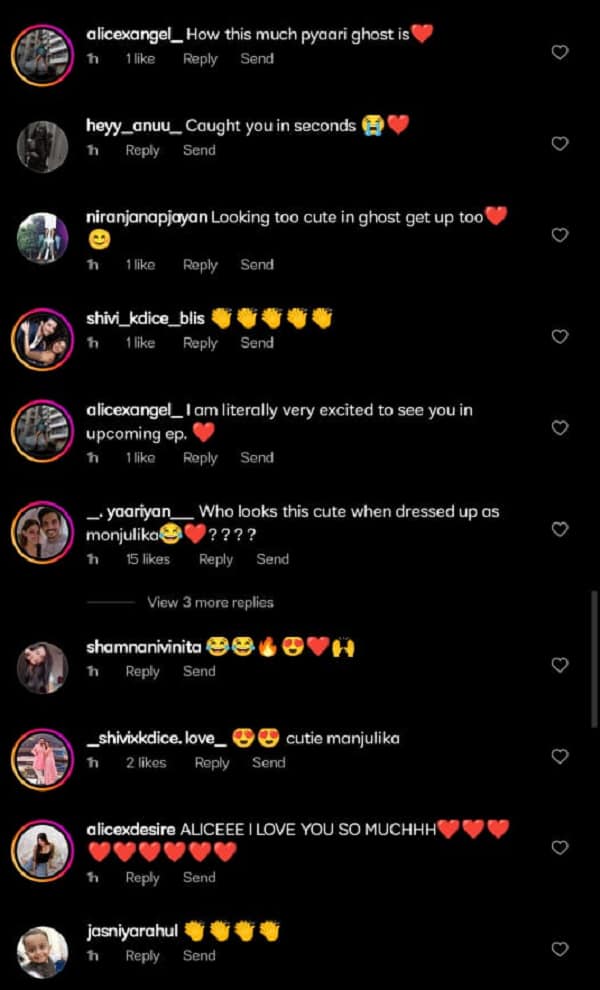 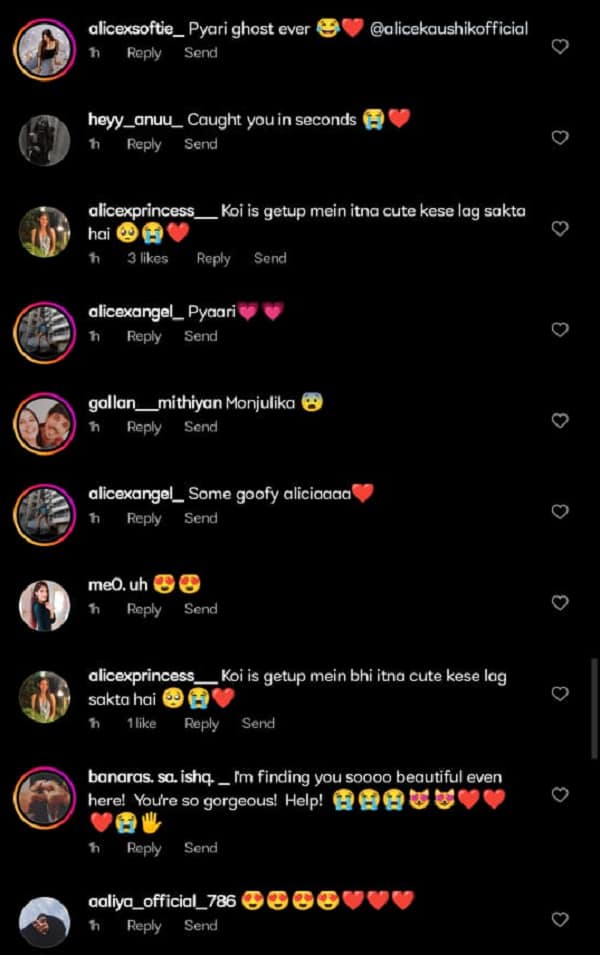 Alice and Kanwar's fans want them to date