Actor Nakuul Mehta's TV debut Pyaar Ka Dard Hai Meetha Meetha Pyaara Pyaara has completed seven years. Although Nakuul became a popular face courtesy his TV show Ishqbaaaz where he played the character of Shivaay Singh Oberoi, Pyaar Ka Dard Hai Meetha Meetha Pyaara Pyaara, was his first TV show and made him a popular TV actor. As the show completes seven years everyone around it is in a celebration mode. The actor took to Twitter to share a heartfelt note for the character and the show. While tweeting, he also added a series of pictures of him from the show. Also Read - Shaheer Sheikh-Rhea Sharma, Sanaya Irani-Barun Sobti and more: 5 TV Jodis we wish to see again after Nakuul Mehta and Disha Parmar’s return on the small screen

His caption read, "#7YearsofPKDH Some very special memories will have to include the first schedule in Manali with the kickarse ensemble, First debutant award, First best actor, First ever meet & greet with a full house of audience in Leicester, First performance at Times Square and many more..." Also Read - Disha Parmar reveals how she felt when people slammed Rahul Vaidya and her relationship as fake publicity stunt and said, 'Yeh Chod Degi'

7 years ago, on this day, @NakuulMehta & @disha11parmar entered our lives as Aditya and Pankhuri respectively. ❤️
Share with us your most favourite memory of the show using the hashtag #7YearsofPKDH. pic.twitter.com/aIl5vkRKy4

Nakuul and Pyaar Ka Dard Hai Meetha Meetha Pyaara Pyaara's fans also showered him with much love. While showing them gratitude Nakuul also shared a picture on his Instagram. 'Thanks for the love guys' he captioned his picture. 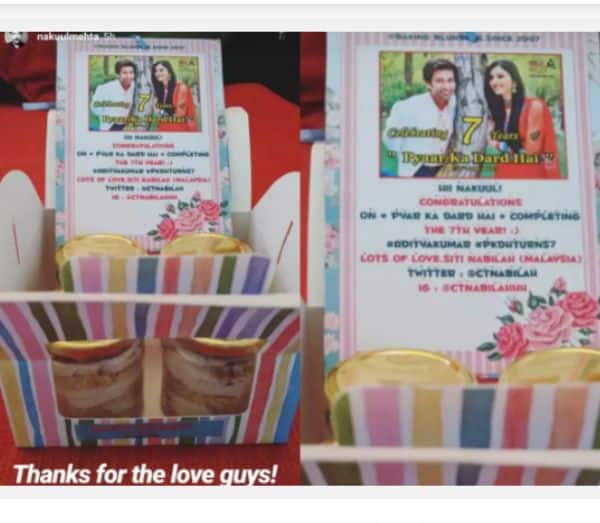 The show featured Disha Parmar as his female lead. The story of the series revolved around a small town girl Pankhuri Gupta played by Disha. When she bumps into spoiled brat Aditya Kumar, played by Nakuul their life changes forever.

Nakuul and Disha's chemistry was loved by all.

Nakuul Mehta is currently on a break and enjoying life.