Raju Srivastava biography: Gajodhar bhaiyya dies at 58; a look at the comedian's life journey from Kanpur to King of Comedy

Raju Srivastava biography: Raju aka Gajodhar spent a life full of struggles and yet overcame challenges to become a name and face to reckon with. Was highly admired for his comedy and satire on burning issues. 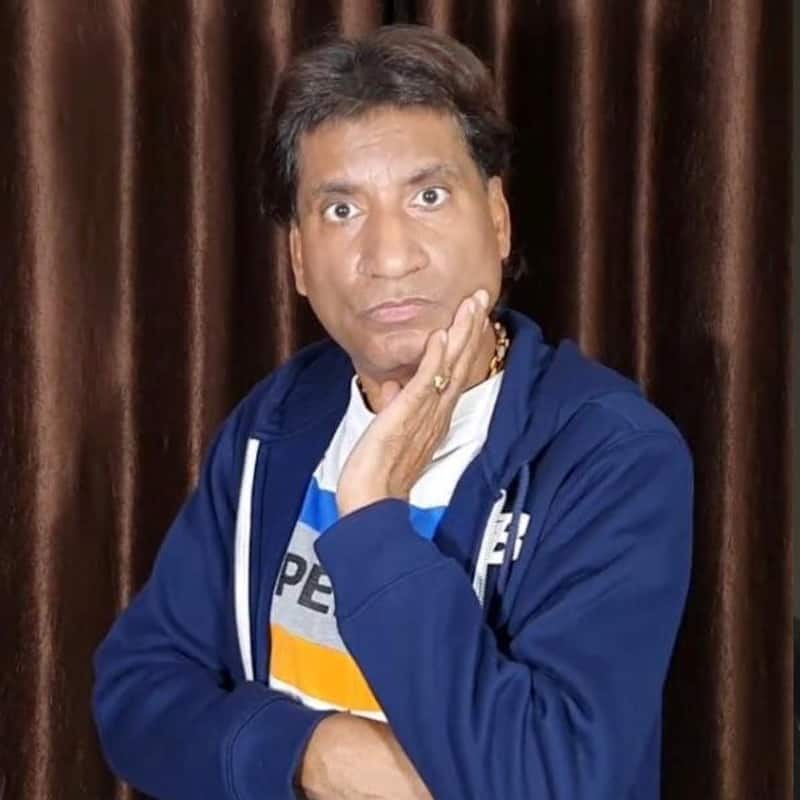 Raju Srivastava, aka Gajodhar bhaiyya, died at the AIIMS Delhi on September 21, 2022. The ace comedian was 58, born on 25 December, 1963. He had been admitted to the hospital on August 10, 2022 following a heart attack. He was in the ICU and put on life support where doctors were trying their best to bring the unconscious comedian back to his senses. However, he also suffered from brain damage further worsening his condition. During his treatment, the comedian-actor didn't show improvement and he did not respond to the treatment. He fought for his life for 40 days. About his condition, Srivastava’s team had confirmed that he had suffered a heart attack while working out. “He was working out on the treadmill around 11-11:30 when he had the stroke. He is stable now. There is nothing to worry as of now. Doctors are conducting tests, we’ll share more information soon," his team had said a few days after he was admitted to the hospital. Everyone was hopeful that he will spring back sooner or later. However, destiny had other plans for Raju Srivastava. Also Read - Raju Srivastav Prayer Meet: Kapil Sharma, Bharti Singh, Shailesh Lodha cannot control their tears as they meet the bereaved family [Watch Videos]

His venture into stand-up comedy with The Great Indian Laughter Challenge and The Great Indian Laughter Challenge - Champions gave him the right kind of platform. He was named the "The King of Comedy" and his character Gajodhar bhaiyya became extremely popular with the masses for its high relatability. Mopre reality shows and comedy shows followed. Raju was also part of Salman Khan's Bigg Boss but in season 3 which was hosted by Amitabh Bachchan back then. He stayed on on the controversial show for two months before he was voted out. Raju and his wife also participated in Nach Baliye season 6 and he has appeared on Comedy Nights with Kapil by Kapil Sharma as well. Also Read - Trending TV News Today: Anupamaa's Baa receives severe backlash, Bigg Boss 16 contestants, Raju Srivastava's prayer meet and more

Raju Srivastava's life was however not limited to stage and films and television. He also dabbled with politics and became part of The Samajwadi Party for the 2014 Lok Sabha election. He soon returned the ticket citing lack of support from local units of the party and became part of Bhartiya Janta Party next. Prime Minister Narendra Modi nominated him to be part of the Swachh Bharat Abhiyan after which Raju started promoting cleanliness through his events, ads, music videos and more in different cities.

Srivastav is survived by wife Shikha whom he married on 1 July 1993 and two children, daughter Antara and son Ayushman. Until his sudden demise, Raju Srivastava was very active on social media, using his comedy and satire to address viral news. He has had something to say on everything that has been trending, be it the Har Ghar Tiranga campaign for Independence Day 2022, or Ranveer Singh's viral nude photoshoot or the boycott demand on Aamir Khan's Laal Singh Chaddha. He also made a video which went viral on Salman Khan's recent death threat. Incidentally, Srivastav also received threatening calls and death threats from Pakistan in 2010, warning him not to crack jokes on underworld don Dawood Ibrahim and Pakistan during his shows.

With Raju Srivastava's demise, India's comedy fraternity has lost an irreplaceable talent. We wish he RIP and extend prayers for his family and fans. We are sure Gajodhar bhaiyya will now spread some laughs in heaven.